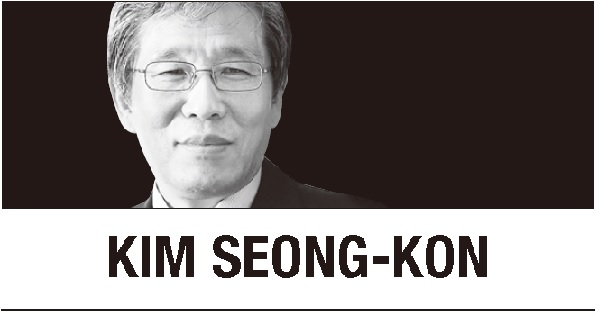 There are things we miss very much when we reminisce about the past. For example, old people miss the days when they were young and healthy with infinite possibilities. When they were young, they were confident they could do anything, even though they were reckless at times. At that time, they were still innocent and untainted. Now old and withered, they now realize that simply being young was a beauty in itself. What else would old people want now, except for perennial youth anyway?

We also miss our loved ones who sadly passed away. We miss our parents who raised us in turbulent times of socio-political turmoil. We miss our children who left us abruptly for another world due to an unexpected accident or a deadly disease. It is heartbreaking when we have to bury our children with our own hands. We miss our siblings, relatives and friends when they die and rest six feet below.

We miss our alma mater where we were educated and edified. School is a place where we spend the best years of our lives, making friends and molding ourselves. At school, we learn about not only our society, but also other cultures and languages. We miss our former teachers and professors who chiseled us and made us open our eyes to the new world.

We miss great political leaders such as John F. Kennedy or Winston Churchill. We miss their indefatigable resolution and extraordinary leadership in times of crisis. We miss their irresistible charm derived from their keen sense of humor even in difficult, embarrassing situations. Witnessing the inhumane Ukraine war and the deterioration of democracy all over the world these days, we especially miss great leaders who could bring back peace and democracy to the world.

We miss the Democratic Party of Korea during the military dictatorship. At those challenging times, it gave us hope by valiantly resisting and fighting the tyranny of the military regime. At that time, the Democratic Party, which has had slightly different names from time to time, was decent and trustworthy, and deserved our applause. Consequently, it contributed greatly to restoring democracy and freedom in Korea.

Unfortunately, today’s Democratic Party has changed and thus lost the Korean people’s respect and trust accordingly. Today, South Korea is democratized and no longer a military dictatorship. Even so, however, the Democratic Party seems to think that it is still fighting a dictator. As a result, it fights a peacefully elected civilian president as if he were a military dictator. To make matters worse, the Democratic Party justifies whatever it does because, in its own eyes, it is still fighting against tyranny the same way it did during the dictatorship.

The Moon administration especially fits the above description. In the eyes of the former political activists who had fought against the military regime, the image of military dictator Park Chung-hee must have overlapped with his daughter, President Park Geun-hye. In their eyes, therefore, the government officials who worked for the Park Geun-hye administration are simply collaborators with the old dictatorship, who should be condemned and punished as accumulated vices from an evil era in our history.

In a sense, however, the terrible irony is that what they did to their political opponents was just the same as what the military regime did to them. The monster slayers inadvertently became monsters themselves, as Nietzsche warned. That is why the Democratic Party has become a sheer disappointment these days.

Without a dictator to fight anymore, maybe what the Democratic Party should do instead is just to pursue liberalism from now on, since this is the Party’s true essence. The Democratic Party should also cooperate with the ruling People Power Party so that the country can overcome this unprecedented crisis successfully. If we cannot do it, the country may fall down and fail to recuperate. Then we all will go down together. That is the last thing we would want to happen in our country.

Last, but not least, we miss the long-lost human integrity and decency that once sustained our country even in difficult times. We miss the poor but proud South Korea that we inherited from our grandparents.

Kim Seong-kon is a professor emeritus of English at Seoul National University and a visiting scholar at Dartmouth College. The views expressed here are his own. -- Ed.