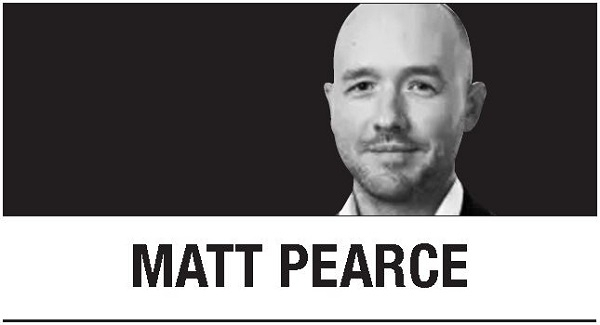 Twitter has always been a weird place, but things have gotten more feral the last couple of weeks thanks to the service’s off-putting new owner, Elon Musk. A role model in the worst way, his trolling and despotic workplace practices have set the tone for a grass-roots insurrection inside the internet’s so-called town square.

Let’s start with the users defiling the site with parodies of Musk and prominent corporations. It’s an obvious effort to monkey-wrench Musk’s efforts to juice revenues to pay for the company’s debt-laden $44 billion acquisition, and the vandalism seems to have left its mark. Risk-averse advertisers, who previously provided almost all of Twitter’s income, have been fleeing, for some reason not attracted back by Musk’s promise to “thermonuclear name & shame” them for leaving.

There’s a growing fear that the company might go bankrupt, as Musk himself suggested last week. Or that Musk has already laid off so many employees (half of the staff have been let go so far) that one day someone will delete an obscure line of code that was keeping the whole app running. Mild-mannered users I follow have given their own votes of no-confidence by pre-emptively saying goodbye.

The more Musk-friendly view of the situation is that Twitter had gotten too corporate, too censorious -- too boring in recent years, and it needed drastic change. Twitter had never been all that much of a moneymaker when it was publicly traded. President Trump got banned from the site after his followers’ Jan. 6, 2021, insurrection to avoid “the risk of further incitement of violence”; he also happened to be one of the site’s most popular, engaged-with users. Conservatives emigrated under what they felt was a too liberal-flavored content-moderation regime. Many power users and celebrities simply wandered away for their own reasons, spending more time on visual platforms like Instagram and TikTok. Some people thought the place needed a dictator figure to clean things up; co-founder Jack Dorsey called Musk “the singular solution I trust.”

Perhaps most bewildering of all is Musk’s increasingly public abuse of his own employees, the workers frantically trying to overhaul the service so he can earn his billions back. The company’s initial mass layoff had gone over poorly, with many learning they’d been cut after realizing they couldn’t log into their laptops anymore. This week, Musk, a notoriously bad boss, is celebrating the termination of several more Twitter employees who had publicly suggested that Musk doesn’t actually know what he’s talking about or who had privately vented on the company Slack.

“I would like to apologize for firing these geniuses. Their immense talent will no doubt be of great use elsewhere,” Musk tweeted sarcastically Tuesday after several Twitter employees were reportedly fired for criticizing him, adding of one specific employee, “A tragic case of adult onset Tourette’s.”

Demonstrating anything less than servility to the world’s wealthiest man seems to make Musk lash out, which is probably one of the reasons he hates journalists and left-wing politicians so much. Maybe you can get away with that more easily as the owner of a rocket company or a car company. But that’s a real risk for an owner of a social media platform, especially the service whose users are infamous for cyberbullying the thinnest-skinned targets they can find. Every story about Musk’s lieutenants hunting for minor critics to severely punish only throws chum in the water for his haters, who now have far more surface area to attack. Several fired Twitter employees have publicly celebrated their own terminations with the salute emoji, a sign of solidarity rather than solemn contrition.

Musk’s objectives aren’t clear because they don’t have to be clear; under the law, some of the world’s most critical communications infrastructure now belongs to him, to destroy as he personally pleases -- or to transform into his own erratic image, if he can manage it.

Twitter employees getting fired for talking back clarifies one thing, though: $44 billion can buy you Twitter, but it can’t buy you respect.

Matt Pearce is a reporter for the Los Angeles Times covering internet culture and podcasting. -- Ed.