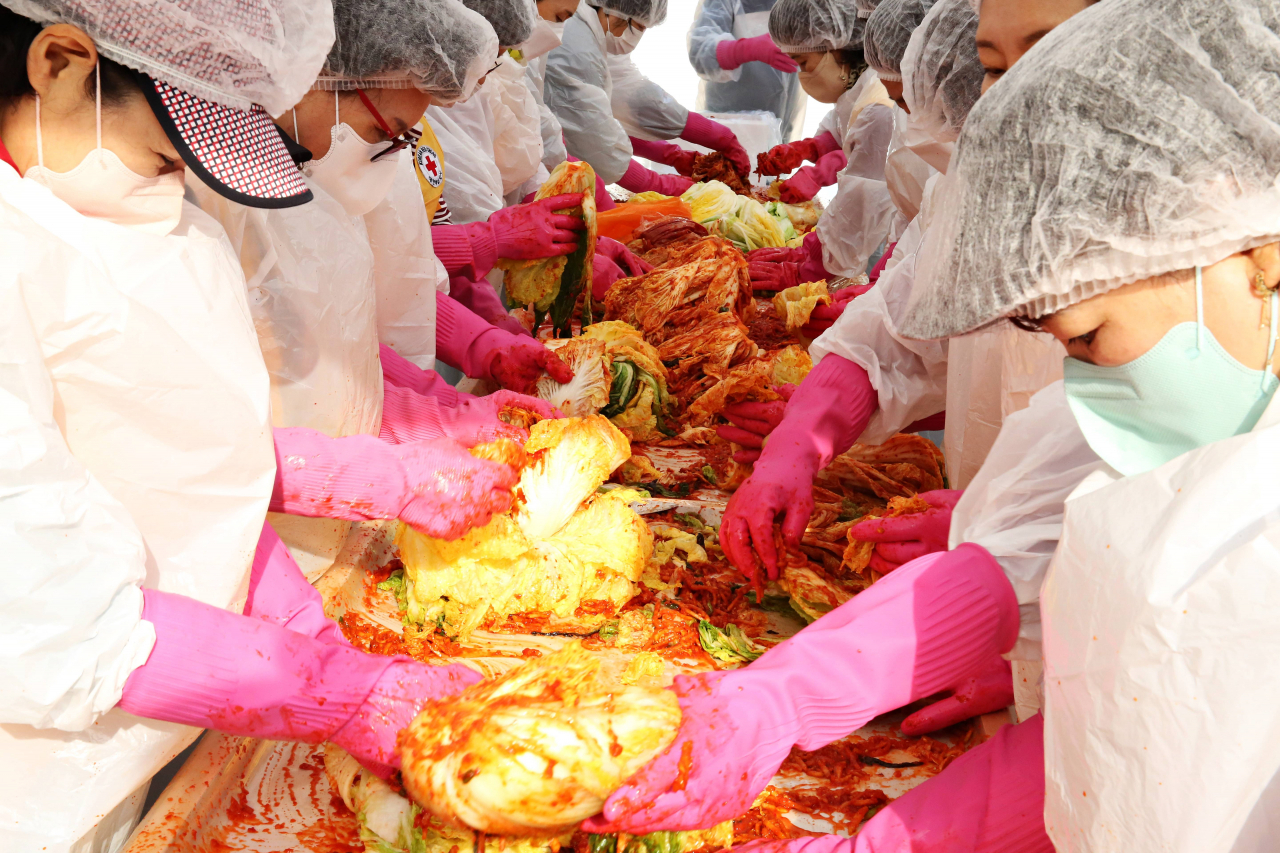 South Korea’s imports of kimchi, a staple of almost every meal, reached an all-time high last month, with soaring ingredient costs driving up prices of domestically made kimchi amid inflation fears.

In October, kimchi shipments from overseas surged by 50.9 percent compared to a year earlier to $17.02 million, according to data from the Korea Customs Service. The figure showed a 16.2 percent increase from the previous month.

It is the first time monthly imports surpassed the $17 million mark.

On the other hand, the country’s exports of kimchi decreased on-year by 12.9 percent to $118.6 million, turning last year’s trade surplus into a deficit of $22.9 million.

Sources said it was mostly because base effects of the kimchi boom have faded away compared to 2020, when the fermented cabbage side dish garnered huge attention overseas for its potential effect in boosting immune health.

Soaring kimchi imports were driven by consumers seeking less expensive options, despite the widespread perception that domestic kimchi is healthier.

Daesang, the largest kimchi maker in terms of market share here, increased its average price of kimchi by 9.8 percent last month. CJ CheilJedang has also raised its price by 11 percent.

Korea imported 99.9 percent of the total inbound shipment of kimchi worth $141.5 million from China, as of October.

With improved supply management, the wholesale price of cabbage, the main ingredient of kimchi, dropped by 83.8 percent to 7,384 won per 20 kilograms from a month earlier as of Tuesday. But kimchi makers say they cannot tell whether the price of kimchi will go down any time soon.

“It could be difficult to lower the price of kimchi because other ingredients including red pepper, salt and garlic are still quite expensive,” said a food company official on condition of anonymity.

“I think hygiene issues of some Chinese kimchi manufacturers may have turned consumers away from cheaper Chinese alternatives last year, but the demand seems to be bouncing back recently as inflation shows little sign of abating," the official added.