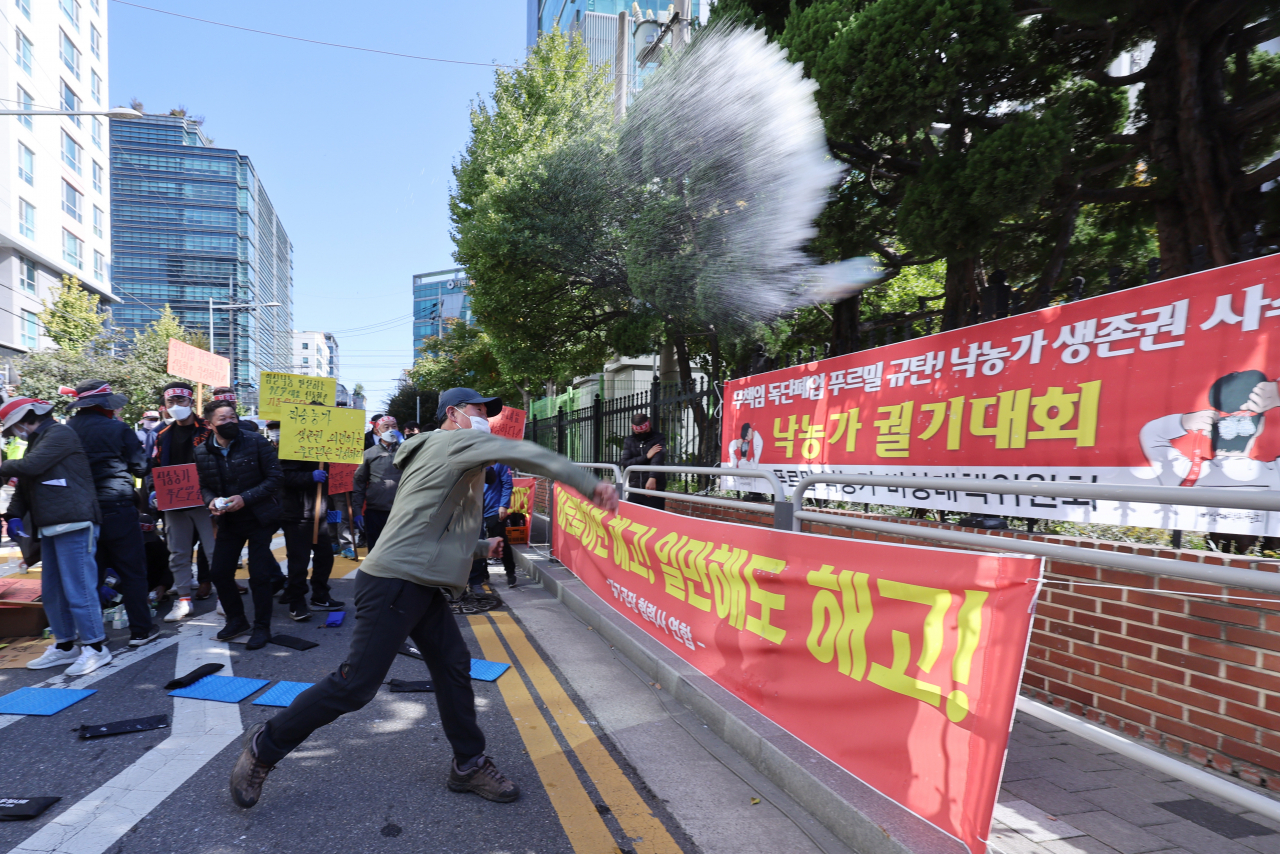 Raw milk supplier for Purmill throws milk at the Purmil headquarter building in Yeongdeungpo-gu, Seoul, on Oct. 25, protesting the company's decision to terminate its business. (Yonhap)

South Korean dairy company Purmil's announcement of its business termination, which stirred nationwide controversy for unilaterally firing its employees, had been upended as of Thursday.

According to a statement from Purmil, the company will be normalizing its business operations but will still downsize 30 percent of its workforce to increase management efficiency.

The announcement was made after an agreement was reached between management and labor, it added.

The company intends to continue its business operations until a suitable buyer for the company is found.

Criticism of the company's decision to appoint executives with family ties to the CEO was raised by the labor union as well. The company started to log a deficit of 1.5 billion won ($1.09 million) in operating losses in 2018, its first year after shifting to family-centered management. Operating losses continued to grow under the family ownership, from 8.9 billion won in 2019 and 11.3 billion won in 2020, to 12.4 billion won last year.