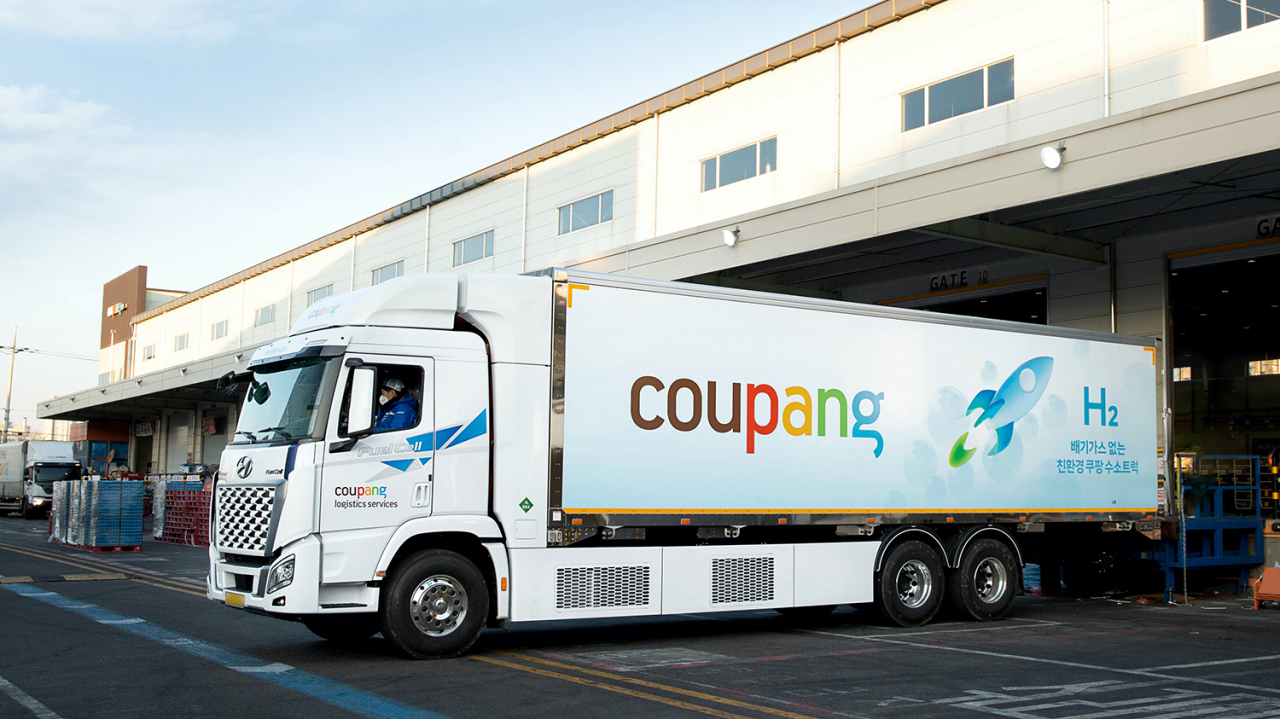 South Korean e-commerce giant Coupang Inc. turned a profit in the third quarter this year – a first after years of losing money since the launch of its ultrafast Rocket Delivery service in 2014.

The company logged $90.7 million in net income during the July-September period in a dramatic turnaround from last year’s net loss of $324 million, Coupang founder and CEO Kim Bom said in a conference call early Thursday.

Its revenue increased 10 percent to $5.1 billion during the same period. Converted into Korean won, it was a record sale, a 27 percent jump from a year ago.

Its adjusted earnings before interest, tax, depreciation and amortization (EBITDA), stood at $195 million, which is compared to last year’s deficit of $207.4 million.

The company’s core delivery services drove up overall sales. Its sales jumped 10 percent to $4.9 billion from a year ago, while the number of active members also soared 7 percent to 17.9 million people.

But its new businesses such as food delivery service Coupang Eats and content streaming service Coupang Play suffered a 6 percent fall in sales to $154.2 million. Still, it was a 10 percent growth.

Kim stressed the company could elevate its profitability by investing in technology that has innovated supply chains and operational process overall.

“Over the past seven years, we invested billions of dollars to build a network that integrates fulfillment infrastructure and last-mile logistics,” said Kim. “Our team found ways to use machine learning to better predict changes in customer demand by region and optimize inventory orders and placements. This was a key factor that reduced net loss in fresh food inventory by 50 percent.”

Coupang’s logistics infrastructure, including automotive fulfillment centers nationwide, is the size of 500 soccer stadiums combined and is bigger than New York’s Central Park, the CEO added.

Kim also stressed the company’s contribution to the local economy, saying small- and medium-sized firms make up more than 70 percent of the sellers on the Coupang platform, or 200,000 partner firms, whose combined sales more than doubled to $2.5 million over the past year.

Coupang, often referred to as the “Amazon of South Korea," made a high-publicized stock debut in New York in 2021, the largest foreign public offering on Nasdaq since Alibaba in 2024. At the time, the company had reached a market cap of $60 billion after floating 130 million shares at $35 apiece in the IPO. Its key investors include Japan’s SoftBank.

Due to a series of aggressive investments in logistics and service improvement, the company suffered a cumulative loss of 6 trillion won ($4.4 billion) as of last year. Its shares also plummeted to around $14 in April 2021, almost half of its IPO price.

Following an earnings surprise announced after the stock market’s close, its shares spiked 8.41 percent to $17.66 in extended trading.