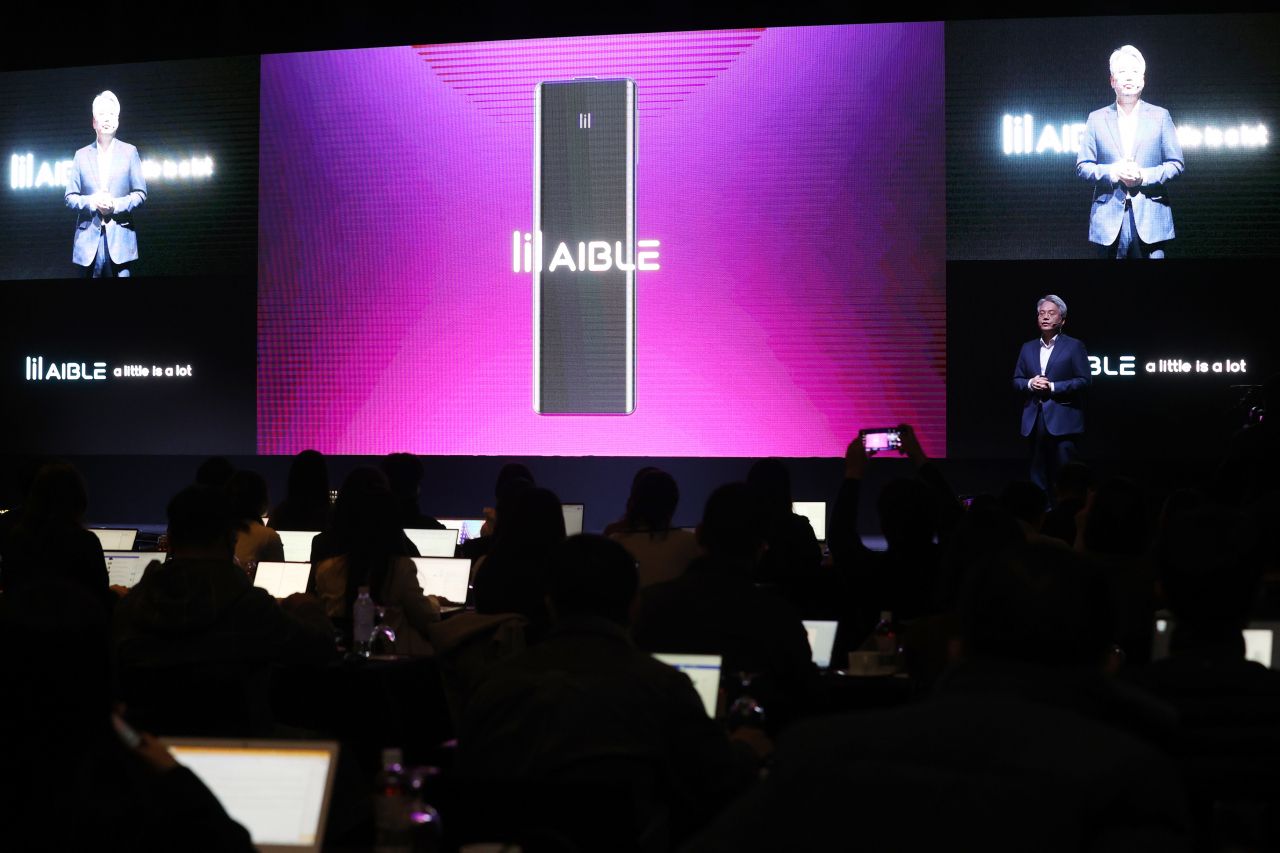 The new HNB cigarettes, or electronic devices which heat processed tobacco instead of combusting it to deliver aerosol with fewer toxicants, come in two models each named Lil Aible and Lil Aible Premium.

The AIs are each responsible for heating the device to an optimal temperature, calculating the remaining number of puffs available and measuring battery percentages.

Lil Aible Premium, the premium version of Lil Aible, comes with an OLED touchscreen and an exclusive mobile app the user can connect to the device. Once connected to the app, the user can receive calls and check messages, the weather and their calendar schedule on their cigarettes.

KT&G currently dominates the HNB cigarette market in the country with a 48.5 percent market share, as of third quarter this year.

"Since taking the top position in the HNB cigarette market in February, we have been able to retain our position," said Lim Wang-seob, chief of KT&G's NGP Business Division, at a launching ceremony for Lil Aible.

"We aim to expand the sales of heated tobacco products to account for 50 percent of total sales by 2025," said Lim.

"If we can secure overseas market competitiveness, we are expecting sales of HNB cigarettes to take up not 100 percent of our sales, but somewhere near it," he added.

KT&G's launch of the new product comes amid heavy competition in the domestic electronic cigarette market, with Philip Morris Korea, a South Korean unit of the international tobacco company, scheduled to officially start its sales of its latest HNB cigarette Iqos Iluma on Thursday.

The consecutive launch of HNB cigarettes follow the constant rise in sales of electronic cigarettes, with a total of 257.7 million packs of HNB cigarettes sold in the first half of this year, according to the Ministry of Strategy and Finance.

The sales recorded an increase of 22.5 percent compared to last year, while the sales of traditional cigarettes decreased by 1 percent during the same period.

According to market research firm Euromonitor International, the size of the domestic cigarette-type e-cigarette market was estimated at 2.41 trillion won last year and is expected to expand to 2.47 trillion won by 2025.