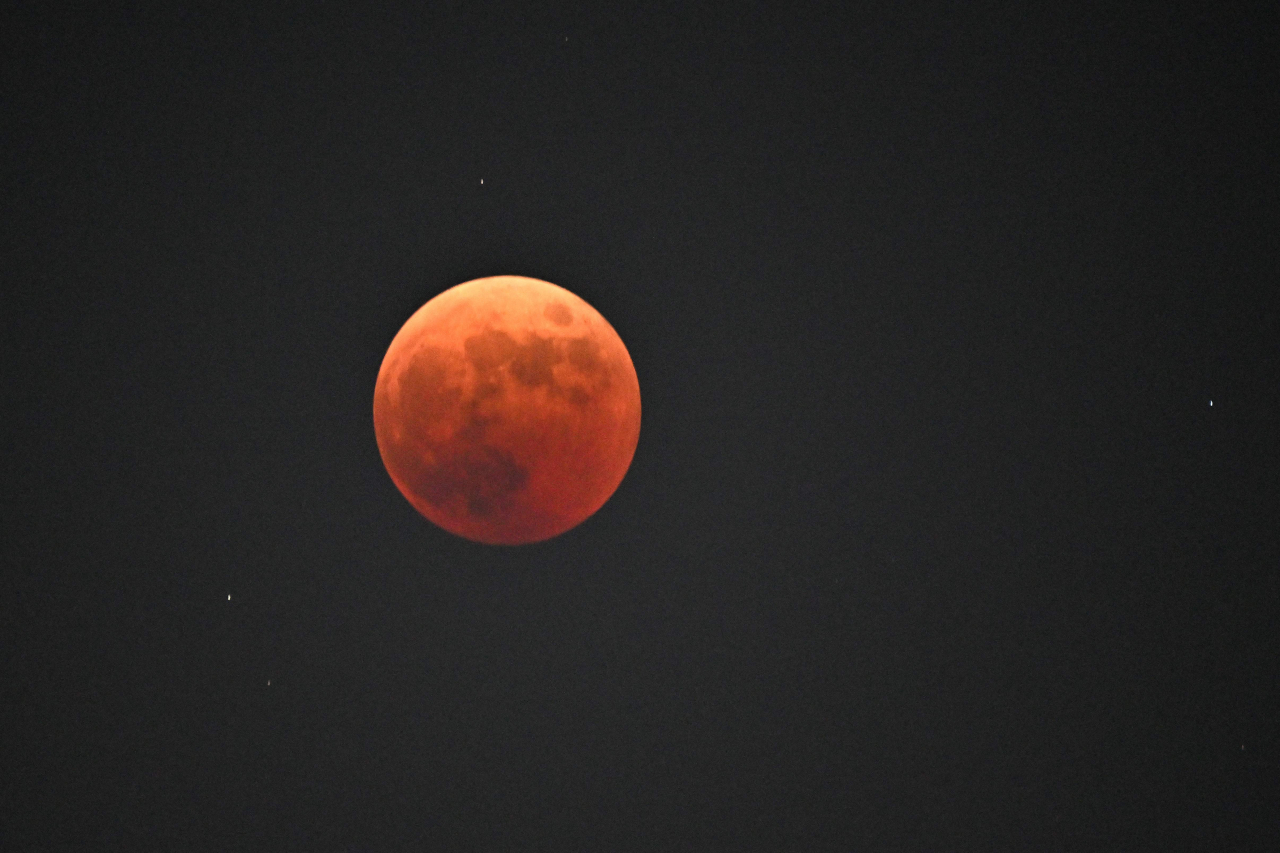 The blood moon is seen during a total lunar eclipse in Goyang, northwest of Seoul, Tuesday. (AFP-Yonhap)

CAPE CANAVERAL, Fla. -- Better catch the moon's disappearing act Tuesday -- there won't be another like it for three years.

The total lunar eclipse will be visible throughout North America in the predawn hours -- the farther west, the better -- and across Asia, Australia and the rest of the Pacific after sunset. As an extra treat, Uranus will be visible just a finger's width above the moon, resembling a bright star.

Known as a blood moon, it will appear a reddish-orange from the light of Earth's sunsets and sunrises. At the peak of the eclipse, the moon will be 242,740 miles (390,653 kilometers) away, according to NASA scientists. Binoculars and telescopes will enhance viewing, provided the skies are clear.

South America will get a glimpse of Tuesday's lunar eclipse, weather permitting. Striking out altogether, Africa, the Middle East and most of Europe will have to wait until 2025.

Among those providing a livestream of Tuesday's lunar extravaganza: Griffith Observatory in Los Angeles and the Italian-based Virtual Telescope Project.

It's the second total lunar eclipse this year; the first was in May. The next one won't be until 2025. Plenty of partial lunar eclipses will be available in the meantime. (AP)