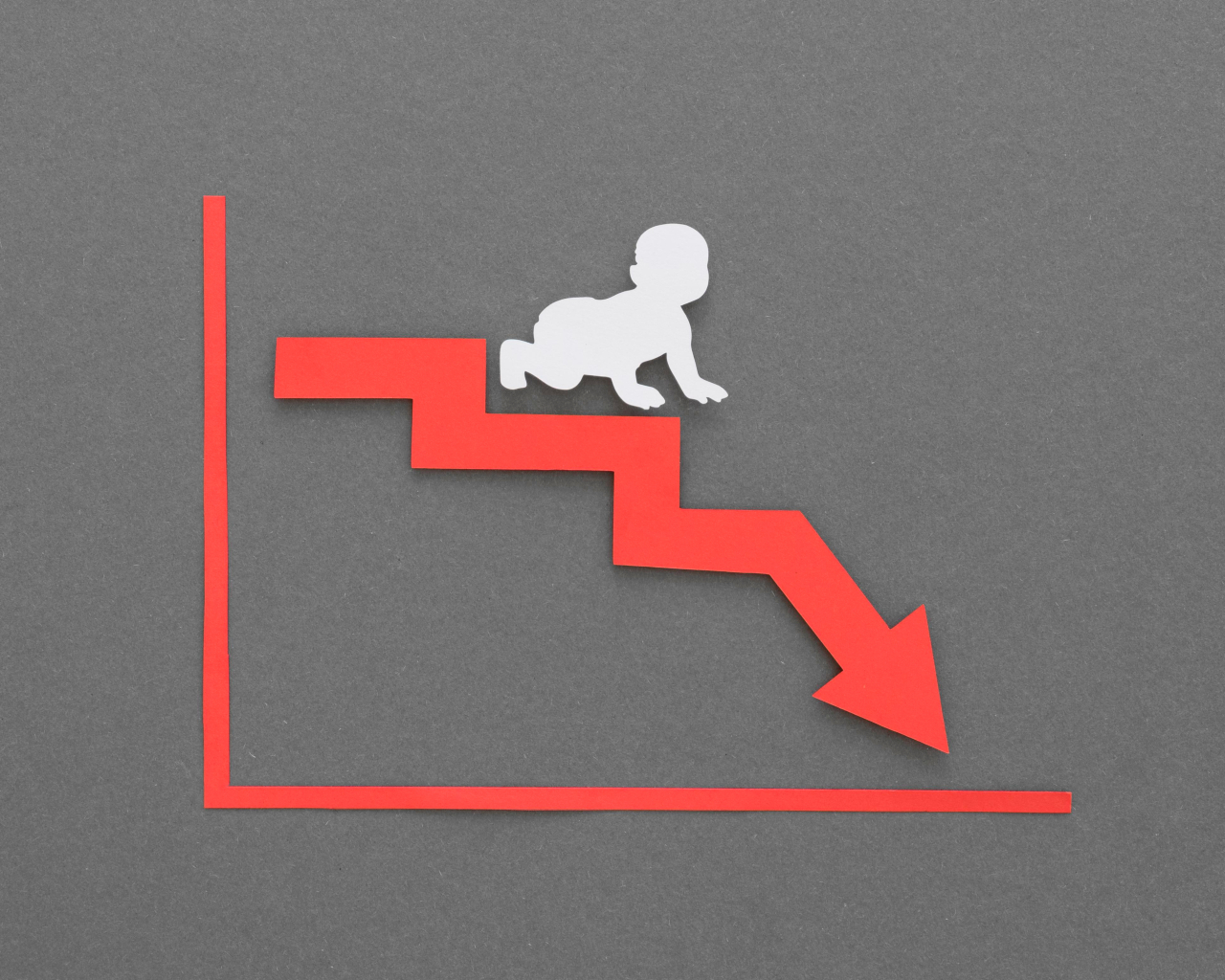 The country's total fertility rate -- the average number of children a woman bears in her lifetime -- came to 0.81 child in 2021, down from 0.84 the previous year, according to the data from Statistics Korea.

It was the lowest since the statistics agency began compiling related data in 1970. Last year also marked the fourth straight year that the number was below 1.

South Korea was the only country where the number of childbirths per women remained below 1 among the 38 member countries of the Organization for Economic Cooperation and Development (OECD). As of 2020, the total fertility rate among the OECD nations averaged 1.59.

South Korea is grappling with a chronic fall in childbirths as many young people delay or give up on getting married and having babies amid an economic slowdown and high housing prices, coupled with changing social norms about marriages.

Last year, the number of newborns hit a record low of 260,600, down 11,800 from the previous year, the data showed. The annual number of childbirths fell below 300,000 for the second straight year.

In the 1970s, the yearly number of childbirths stayed around 1 million, but it has been on a continued decline, with the tally falling below 400,000 for the first time in 2017.

The average age for women giving birth was 33.4 last year, up from 33.1 a year ago, the data showed.

In South Korea, the birth sex ratio remained high above 100 due to its traditional preference for male children. But it has been largely on a steady decline amid changing social norms.

South Korea reported the first natural fall in population in 2020, as the number of deaths outpaced that of newborns.

Experts voiced concerns the country may face an "age quake" starting in 2030-40, an earthquake-like demographic shock from a fall in population and rapid aging, if it does not tackle the issue in a timely manner.

South Korea's working-age population is expected to plunge 35 percent over the next 30 years due to the record low birthrate and rapid aging, according to an estimate by the government. (Yonhap)