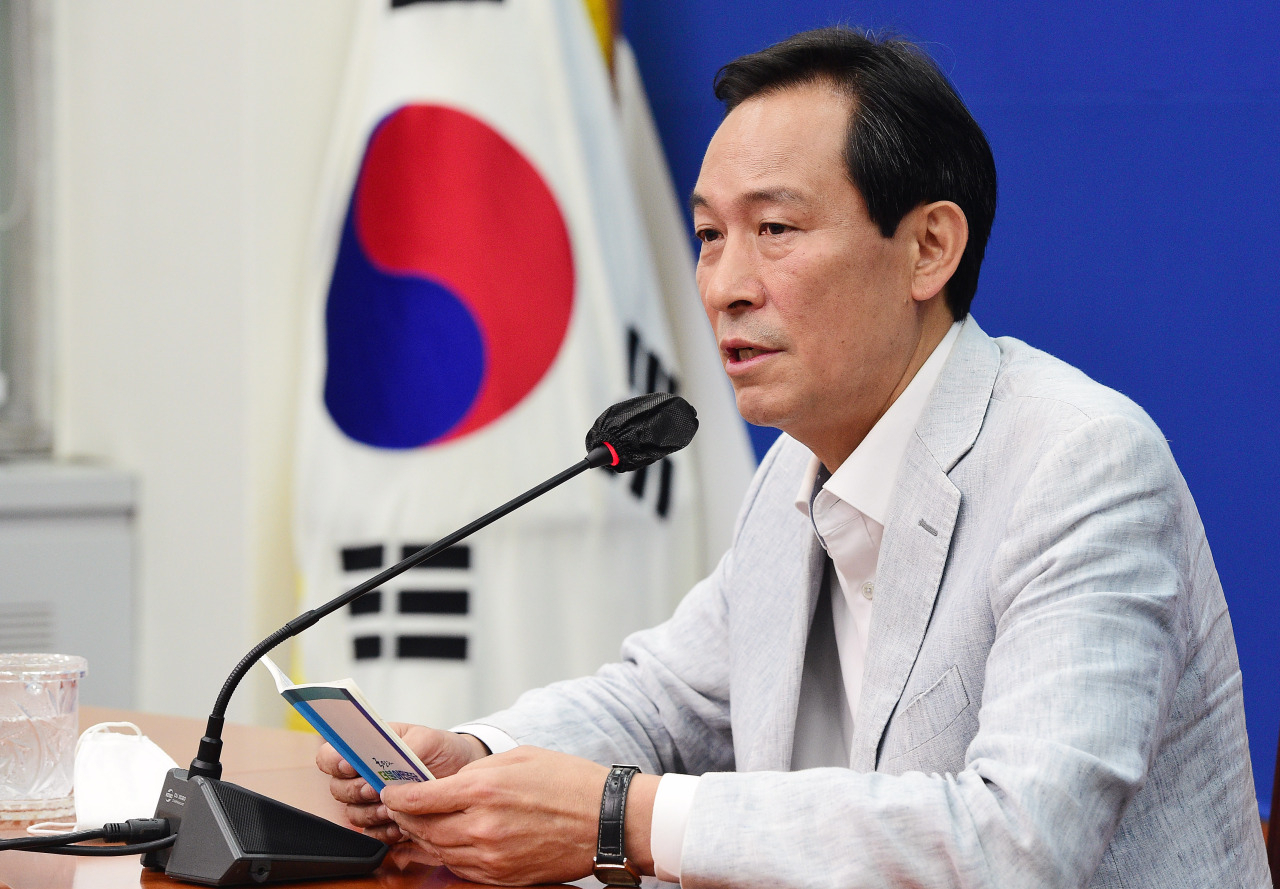 Rep. Woo Sang-ho, the leader of the main opposition Democratic Party of Korea’s emergency steering committee speaks at a press conference at the National Assembly on July 17. (Yonhap)

The main opposition Democratic Party (DP) was set Wednesday to endorse a revision to its charter aimed at raising the bar for party membership suspension for those facing criminal charges amid criticism it is aimed at shielding former presidential candidate Lee Jae-myung.

The party's national convention preparatory committee adopted the envisioned revision a day earlier to state that only those convicted in the first trial would have their party membership suspended. Under the current charter, party membership is suspended only if a member is indicted.

The revision was widely seen as aimed at preventing Lee, who is expected to take over as leader in a national convention later this month, from getting his membership suspended even if he is indicted in corruption cases currently under investigation.

Pro-Lee lawmakers argue that the amendment is a measure to protect all party members in the wake of widening political probes by the prosecution, while Lee's opponents have denounced the envisioned charter as a "bulletproof" measure for Lee. (Yonhap)