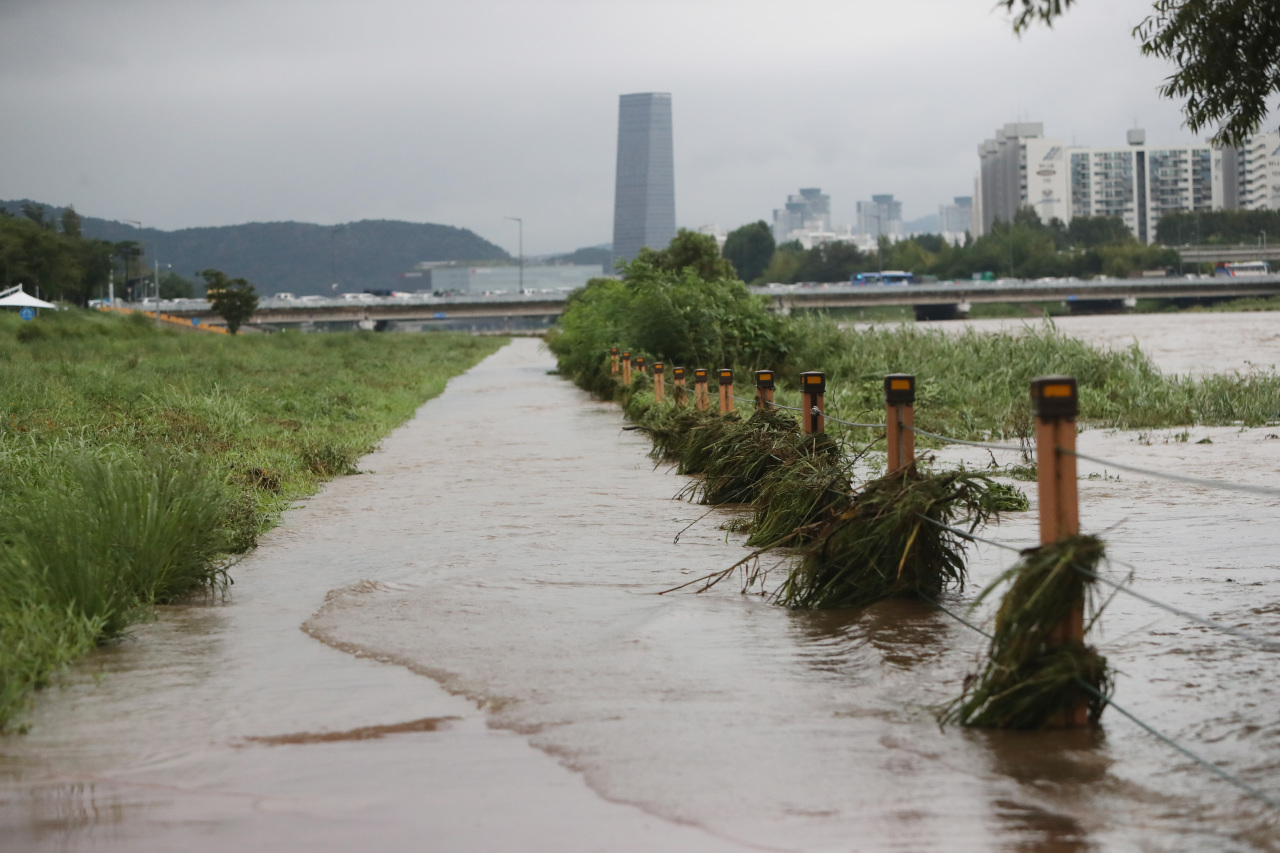 A pathway in Daejeon was flooded from heavy rain, Tuesday. (Yonhap)

Seoul has sustained the heaviest damage from the heavy downpour that has hit Korea over the past week, government officials said Tuesday.

According to the Central Disaster and Safety Countermeasures Headquarters, the week of rain has flooded a total of 15,668 residential and retail properties in Korea as of 11 a.m. on Tuesday.

Of the total 14,653 cases of damage, 92 percent were reported to have happened in Seoul. The nationwide number initially stood at 8,970, but increased on Tuesday morning, as 6,698 cases from the southwestern Seoul area were added.

The central region of Korea experienced severe damage to agricultural land. A total of 1,774 hectares of agricultural land were reported to have been damaged, including 1,111 hectares in South Chungcheong Province. Also, 81,879 livestock deaths have been reported.

Human casualties remained at the previous total with 14 deaths and six missing.

A total of 7,851 people have been displaced due to the rainfall, while 1,327 are still yet to return home.

There were 361 cases of landslide across Korea, with 176 happening in Gyeonggi Province, followed by more in South Chungcheong Province, Gangwon Province and Seoul.

The authorities said 85.9 percent of the reported damage from the rain has been recovered.

The Korea Meteorological Administration said the rainfall will continue until Wednesday afternoon in the southern region, including South Jeolla Province and South Gyeongsang Province.

It also said the central region may experience some sporadic rain showers on Wednesday afternoon due to atmospheric instability.

Heavy downpours will hit the greater Seoul area again on Friday, and spread nationwide by Saturday.