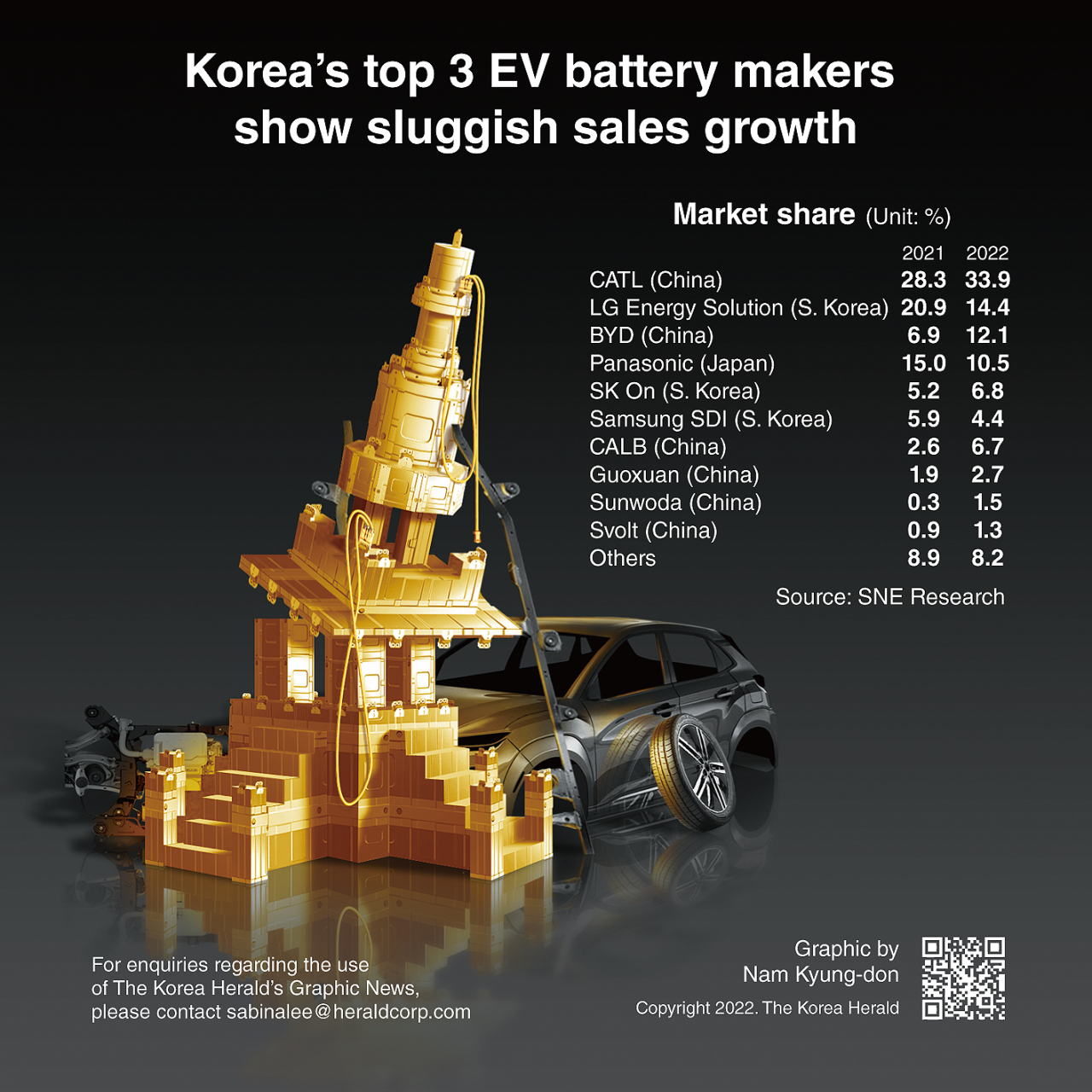 Battery usage of each Korean company went up in line with global market growth, which ballooned by 77.3 percent. But sales growth was dwarfed by those of Chinese companies. CATL, the world No. 1, saw
its share grow from 28.3 percent to 33.9 percent. And that of BYD, another Chinese battery maker, nearly doubled to 12.1 percent.