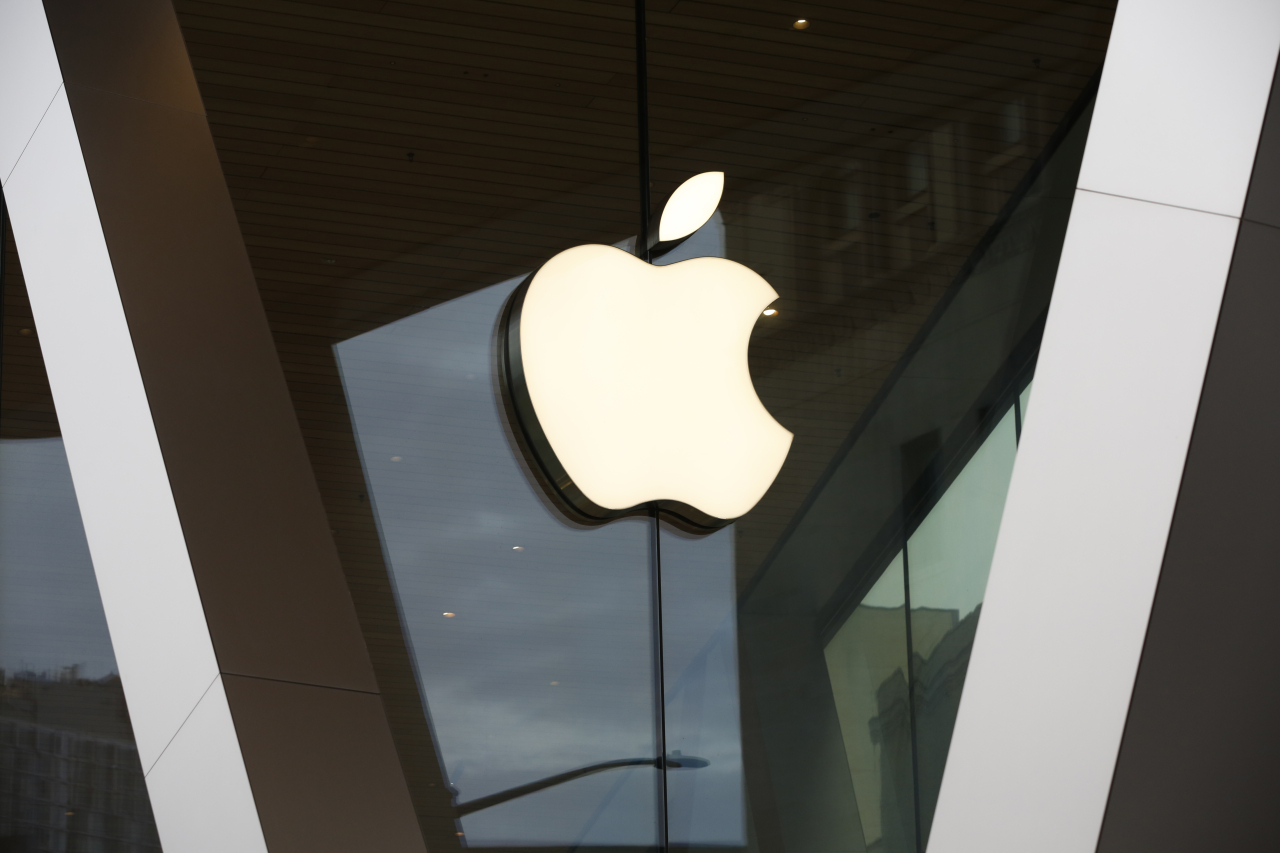 In this file photo, the Apple logo adorns the facade of a retail store. (AP-Yonhap)
Apple Inc. said Thursday it will allow alternative payment options for apps sold in South Korea in compliance with a law that bans app store operators from forcing their own in-app payment systems.

The U.S. tech giant announced on its developer site that apps distributed on the company's App Store solely in South Korea will be able to use its "StoreKit External Purchase Entitlement" option to "provide an alternative in-app payment processing option."

Apple said developers that offer external in-app payments will be charged a 26 percent commission on the price paid by the user, the gross of any value-added taxes. Such developers will also be required to submit a report recording each sale of digital goods and content facilitated through the App Store.

The move came 10 months after the National Assembly passed a law that bans app store operators from forcing in-app payment systems on developers, making South Korea the first country in the world to introduce such curbs on in-app billing policies of Apple and Google.

South Korea is the first country where Apple has decided to allow external payment options across all apps sold in the country.

Apple said developers who want to continue using its in-app purchase system can do so without further action. It noted some App Store features will not be made available and refund responsibilities will lie with developers when using alternative payment options.

Google, meanwhile, has recently required all app developers selling digital goods and services on its Play store to use its billing system and to remove external payment links, prompting many South Korean companies to raise charges for paid content services sold on Google's store.

Google's move has prompted the Korea Publishers Association to file a complaint with the Korea Communications Commission, South Korea's telecommunications regulator, accusing the tech giant of violating the law and requesting a probe into the billing policy. (Yonhap)