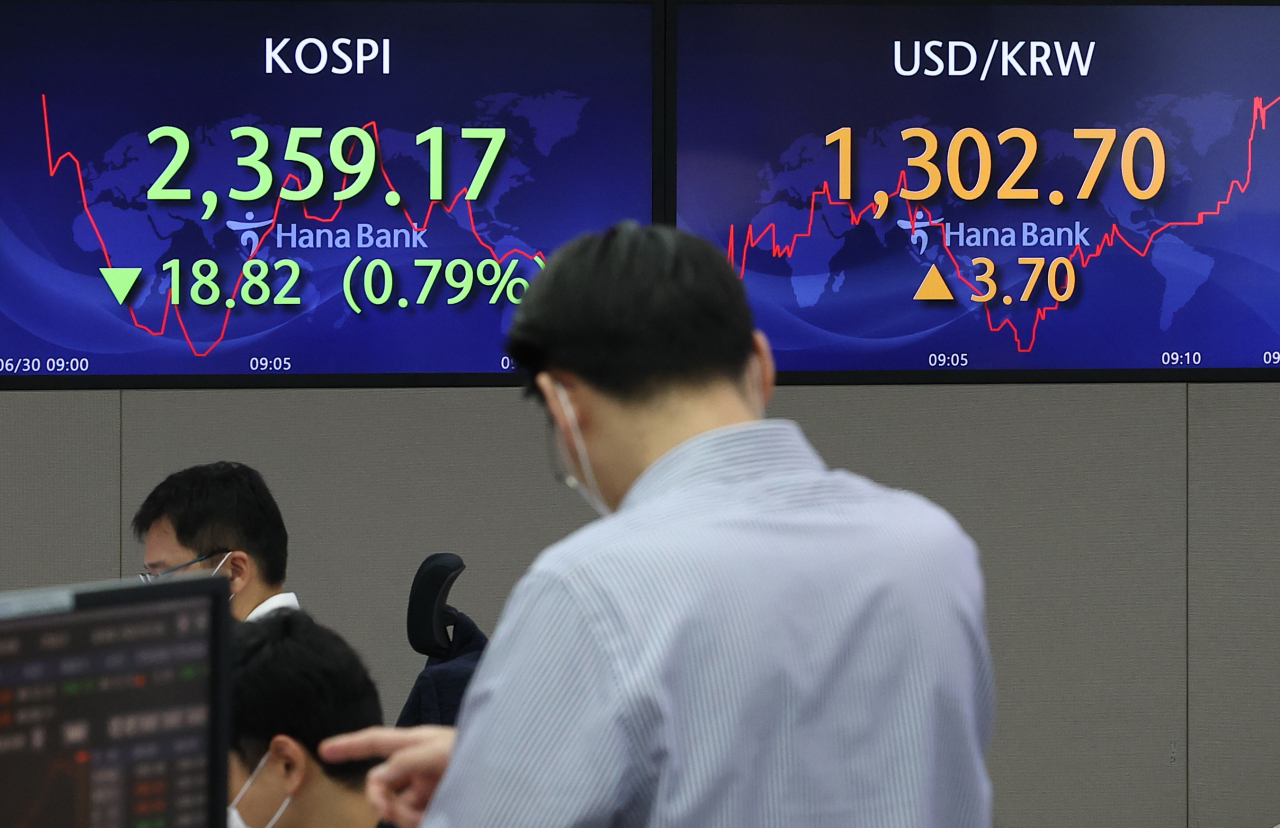 An electronic board showing the Korea Composite Stock Price Index (Kospi) at a dealing room of the Hana Bank headquarters in Seoul on Thursday. (Yonhap)

South Korean stocks plunged by almost 2 percent on Thursday to slump for a second straight session amid recession woes and dim outlook for the chipmaking sector. The Korean won rose against the US dollar.

Trading volume was moderate at about 506 million shares worth some 8.7 trillion won (US$6.7 billion), with losers outnumbering gainers 699 to 183.

Investors remained cautious after a near 2 percent fall on Wednesday, spooked by soaring inflation and weak economic sentiment data in the United States.

Overnight, the central bank chiefs of major economies warned that the world's high inflation pressure may last longer than expected.

China's purchasing managers' index (PMI) for June expanded for the first time in four months but at a muted pace.

The local currency closed at 1,298.4 won against the US dollar, up 0.6 won from the previous session's close. (Yonhap)