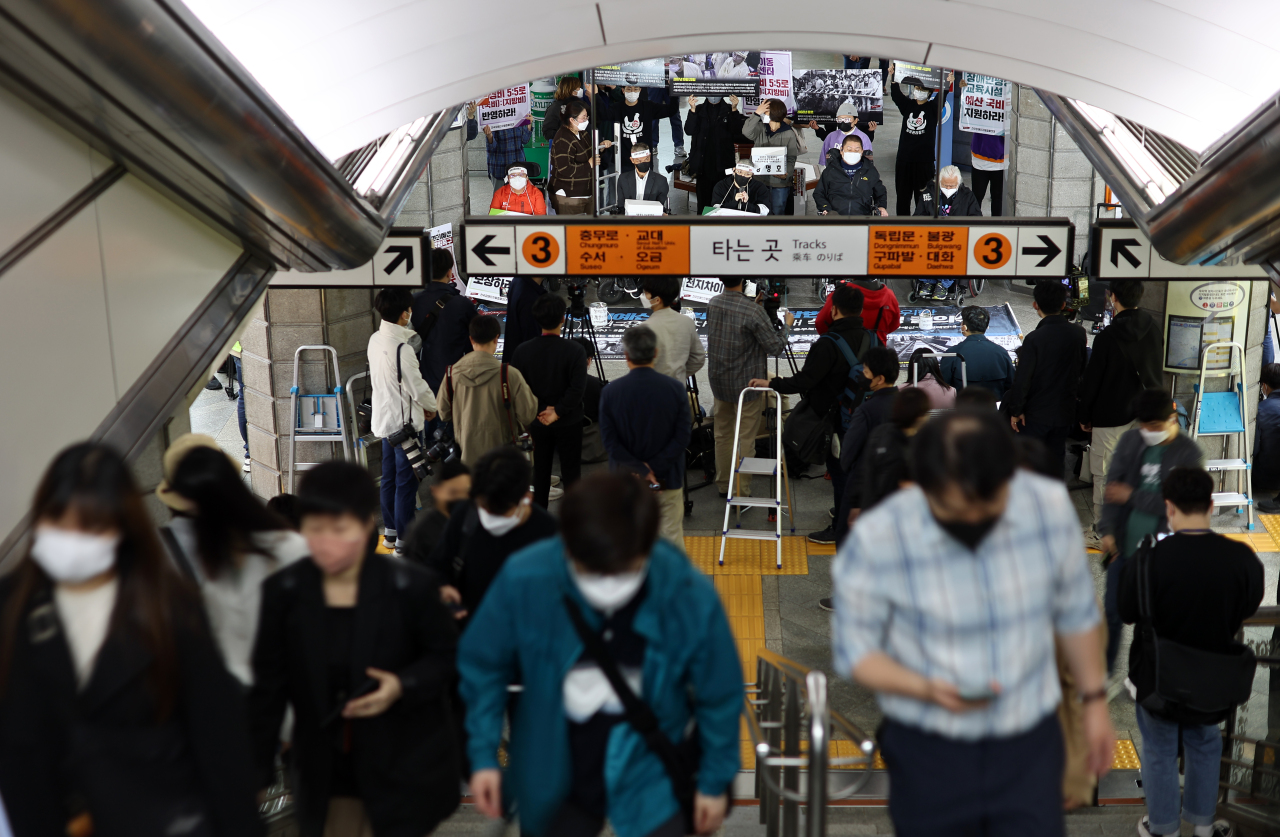 (Yonhap)
The labor union for the Seoul subway said Saturday it reached an agreement with the Seoul city government to extend public transportation operations past midnight, two years after they were scaled back due to the COVID-19 pandemic.

Unionized workers of Seoul Metro, the operator of the Seoul subway system, said operation hours will be extended from midnight to 1 a.m. on weekdays starting as early as next month, with the exact dates varying depending on the subway line.

Lines 2 and 6-8 will begin the extended nighttime service from early June, while lines 1, 3 and 4 are expected to be pushed back

around August. The schedule change for Line 5 will be confirmed upon approval by the Ministry of Land, Infrastructure and Transport.

The agreement, which excludes weekends and holidays, comes amid a public outcry over the difficulty of grabbing taxis at night following the significant easing of social distancing restrictions.

The late-night service has been suspended since April 1, 2020. (Yonhap)