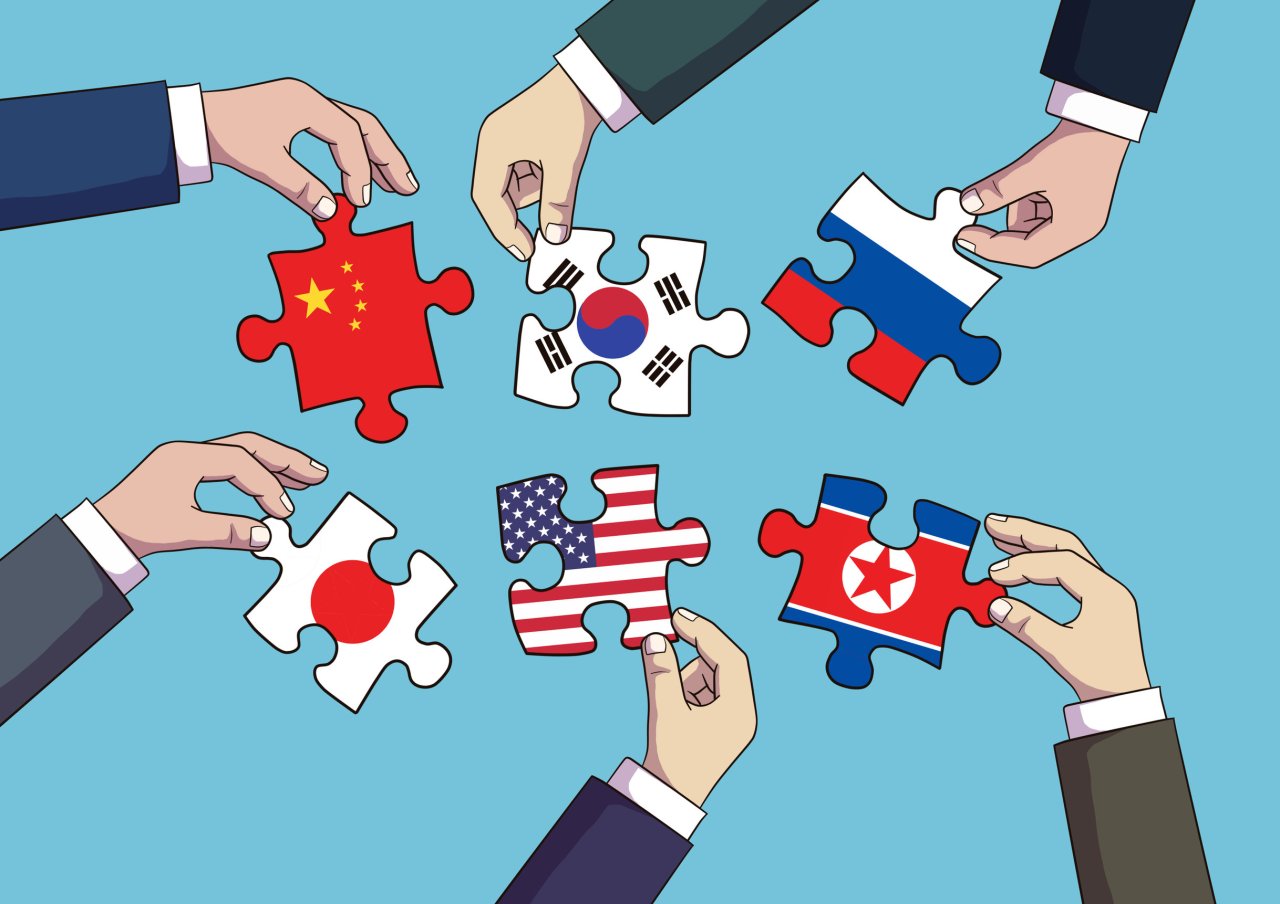 (123rf)
China and Russia vetoed a resolution to toughen sanctions against a rule-breaking North Korea at the United Nations Security Council vote on Thursday, teaming up to block the US-drafted resolution which all remaining Council members supported.

Signs are becoming more clear that the US-China rivalry is growing into a team competition, and possible conflicts may be centered in the East Asia region with the US, backed by South Korea and Japan, and China with North Korea and Russia, according to experts here.

In the vote that came after Pyongyang’s test-firing of three missiles, which includes what is assumed to be its largest intercontinental ballistic missile, 13 members of the UN’s top decision-making body voted in favor of the US-drafted resolution which aims to ban oil and tobacco exports to the reclusive regime.

After it failed to pass, South Korea’s Foreign Ministry conveyed “strong regret” and urged for responsible action from member states.

“It is the first case in which a UNSC resolution on imposing sanctions on North Korea is voted down,” Foreign Ministry spokesperson Choi Young-sam said in a statement. “I express a strong regret that the resolution was rejected, despite the support from most of the UNSC member states. North Korea is continuing with its provocations launching ICBMs and the possibility of (Pyongyang’s) nuclear tests are also being raised.”

The last time a resolution to tighten sanctions on Pyongyang was passed in 2017 -- the recalcitrant regime had violated multiple UNSC regulations in conducting a nuclear test and testing an ICBM -- China and Russia had voted in favor, sharing the idea that North Korea’s nuclear ambitions should be kept in check.

But this time, Beijing and Moscow have been working to ease sanctions for Pyongyang, citing humanitarian grounds.

“We do not think additional sanctions will be helpful in responding to the current situation. It can only make the situation even worse,” China’s UN Ambassador Zhang Jun had told reporters earlier on Thursday, before the vote took place.

While it was clear from early on that China and Russia would veto the resolution, the US’ push to hold the vote is interpreted by some as an attempt to keep piling on pressure.

Amid prospects that North Korea would likely conduct a seventh nuclear test, it may come as a burden for China and Russia to veto again, should the UNSC vote on a new resolution to counter Pyongyang’s nuclear ambitions.

Park Won-gon, a professor of North Korean Studies at Ewha Womans University, said China and Russia teaming up to wield their vetoes show they are bolstering their ties, and with North Korea as well. And this has obviously pushed the US to strengthen the bonds with South Korea and Japan.

“Potential conflicts may grow sharply in the East Asia region between the two alliances,” Park told The Korea Herald.

He also raised concerns that China and Russia’s veto would likely to weaken the status and influence of the UNSC. 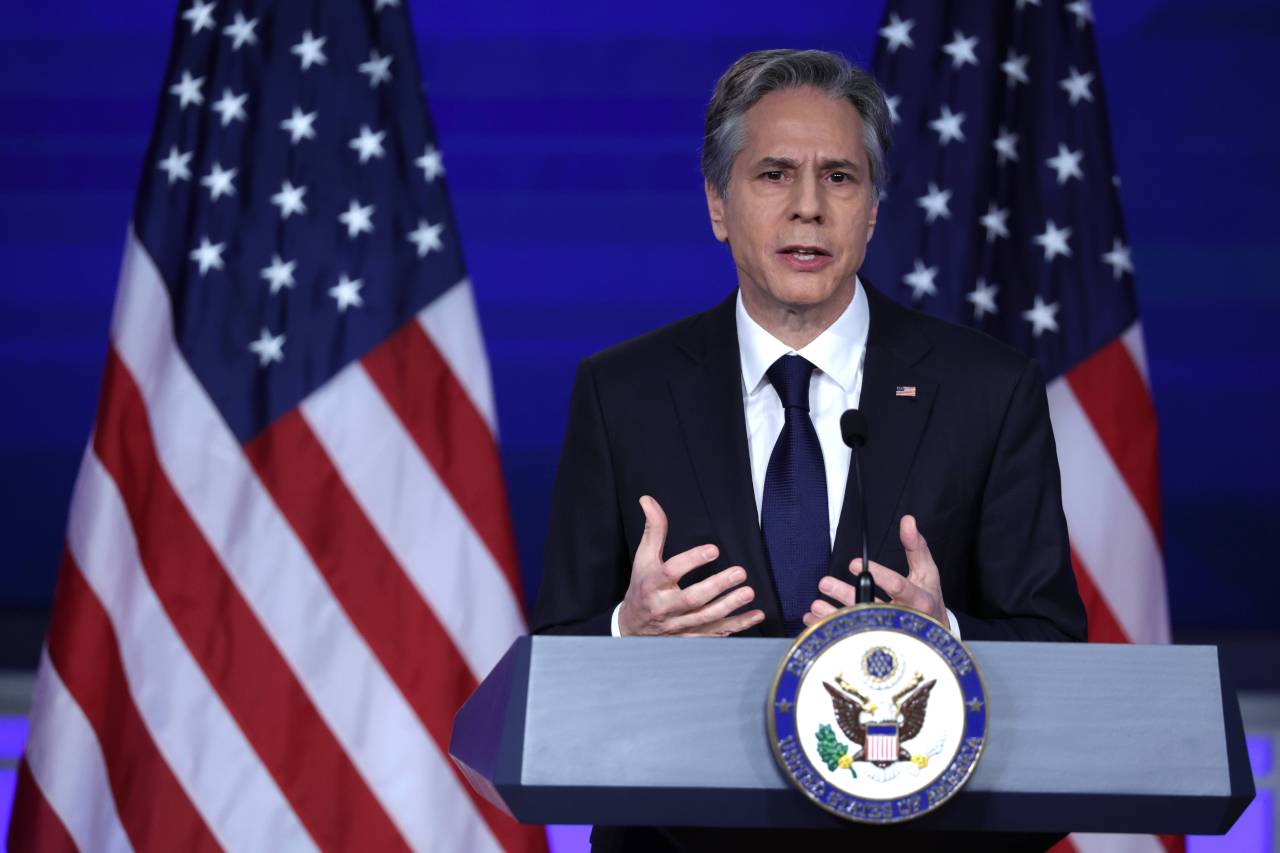 US Secretary of State Antony Blinken speaks on China at Jack Morton Auditorium of George Washington University on Thursday in Washington, DC. (AFP-Yonhap)
US’ China policy

On the same day, the US revealed that it aims to contain China’s clout in its administration’s policy approach.

While saying that China poses the “most serious, long-term threat” to the global order, the US underscored that it does not intend to create conflict nor want a “new Cold War.”

“Even as (Russian) President Putin’s war continues (with Ukraine), we will remain focused on the most serious long-term challenge to the international order -- and that is the one posed by the People’s Republic of China,” US Secretary of State Antony Blinken said, delivering his speech at George Washington University in Washington DC.

“China is the only country with both the intent to reshape the international order and, increasingly, the economic, diplomatic, military, and technological power to do it.”

The US, however, does not seek to block China from its role as a major power, nor stop the country from growing the economy or advancing the interests of their people, Blinken said.

“We are not looking for conflict or a new Cold War. To the contrary, we’re determined to avoid both,” Blinken said.

Instead of directly forcing Beijing to abide by its rules, Washington will “shape the strategic environment around Beijing” to keep China in check, which means it would form coalitions to curb China’s aggressions.

“We can’t rely on Beijing to change its trajectory,” he said. “So we will shape the strategic environment around Beijing to advance our vision for an open and inclusive international system.”

While the US administration denies that the strategic competition with China is a zero-sum game, it has already evolved into one, and Blinken’s speech is intended to appeal to other countries to take its side, Park of Ewha University said.

“To put it nicely, the US is just suggesting that it will give the shares (benefits) to countries taking its side. It basically appears to be lining up its allies in the order of the level of loyalty,” Park said.

Blinken said in his speech that the US’ diplomacy is based on “partnership and respect for each other’s interests.

“We don’t expect every country to have the exact same assessment of China as we do,” he said. “This is not about forcing countries to choose. It’s about giving them a choice.”