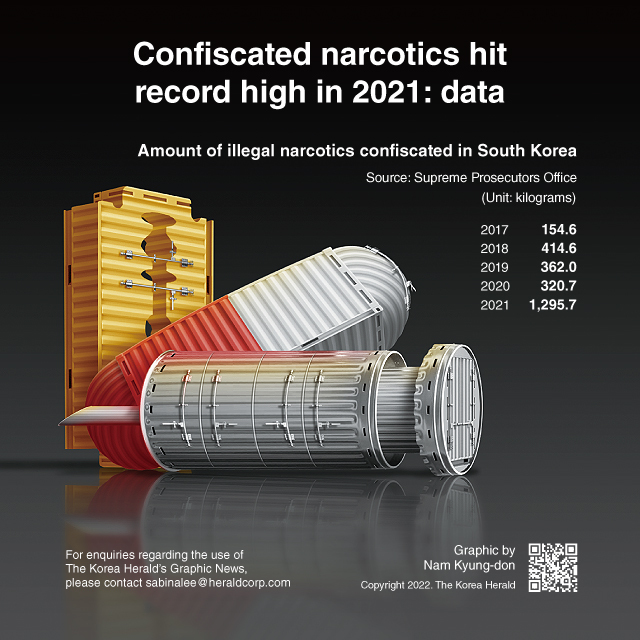 According to the data compiled by the Supreme Prosecutors Office, a total of 1,295.7 kilograms of illegal drugs were confiscated in 2021, more than a threefold jump from a year earlier.

Noticeably, the amount of major illegal drugs - including methamphetamine, cocaine and marijuana - soared more than five times on-year to 1,179 kilograms in 2021.

Prosecutors attributed the increase to large-scale clampdowns, including confiscating around 400 kilograms of cocaine illegally smuggled from Peru to the southern port city of Busan in October. (Yonhap)