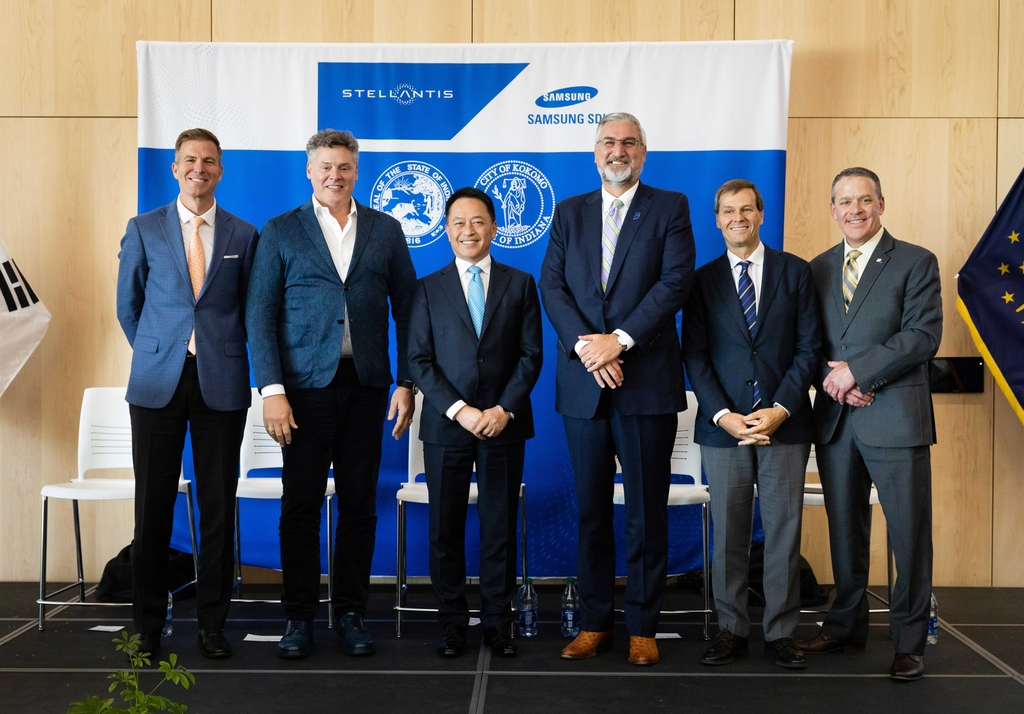 South Korean battery maker Samsung SDI Co. said Wednesday it is investing $1.29 billion in an electric vehicle battery plant to be built in the US state of Indiana under a joint venture with Stellantis N.V.

Samsung SDI will own a 51 percent stake in the $2.5 billion joint venture company set up with the Chrysler parent, and its investment could increase to as much as $1.57 billion in the long term, it said in a regulatory filing.

Samsung SDI and Stellantis may boost their investment in the project to as much as $3.1 billion, the South Korean company said.

The two companies signed a binding agreement in Kokomo, Indiana, on Tuesday (US time) to establish the manufacturing facility in the Midwestern state by 2025, Samsung SDI said in a press release.

The construction will start later this year, with the production operations expected to begin in the first quarter of 2025.

The plant will supply lithium ion battery cells and modules for electric vehicles produced at Stellantis' assembly lines in North America. It initially aims to have an annual production capacity of 23 gigawatt hours (GWh) and plans to increase to 33 GWh in the coming years.

Samsung SDI will apply its latest premium technology, launched under the brand name of PRiMX, to produce EV battery cells and modules, it said.

The two companies agreed in October to form a joint venture to build what would be the first US battery cell plant for the South Korean battery maker.

Samsung SDI has foreign operations in China, Hungary, Malaysia and Vietnam, and runs a battery pack assembly line in the US state of Michigan. (Yonhap)