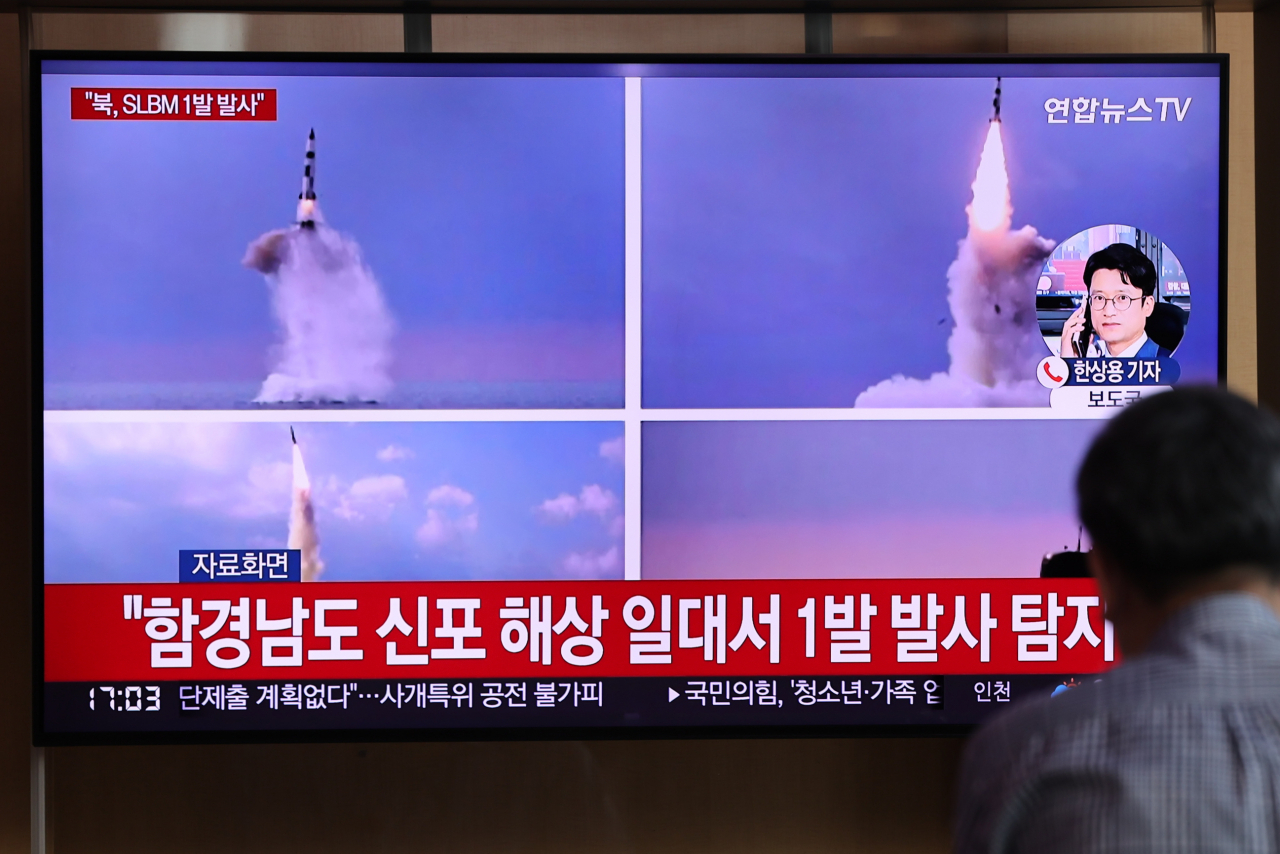 This photo, taken last Saturday, shows a news report on a North Korean missile launch being aired on a TV screen at Seoul Station in Seoul. (Yonhap)

The Joint Chiefs of Staff has decided to use the expression in its public announcements of future North Korean missile launches in line with new Defense Minister Lee Jong-sup's directive, according to the sources.

The preceding Moon Jae-in administration had refrained from describing North Korean missile launches as provocations, as it pushed for inter-Korean rapprochement, with Pyongyang having balked at the expression.

In recent years, the North has accused the South and the United States of using "double-dealing" standards -- a reference to the allies having cast its missile activities as "provocations" while justifying their own as "deterrence." (Yonhap)