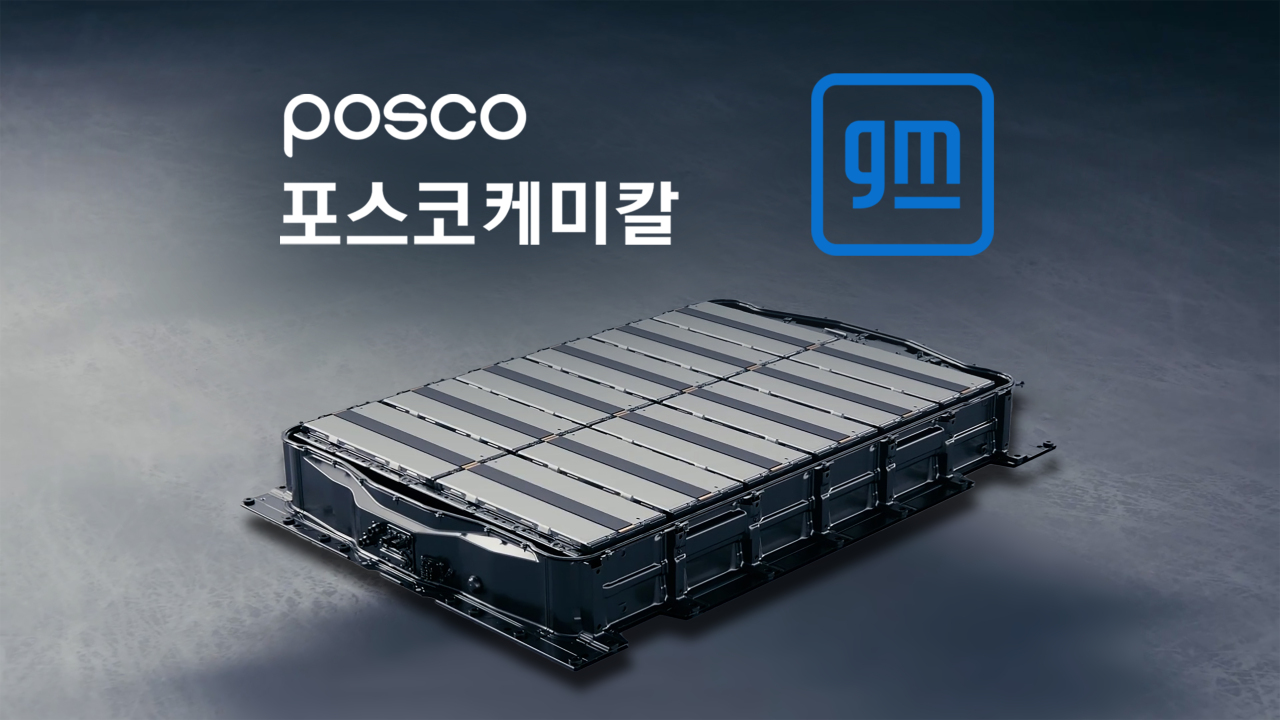 Once completed in 2024, the new facility will produce and supply cathodes to Ultium Cells, a joint venture between GM and LG Energy Solution, which is building two EV factories in Ohio and Tennessee. Though size and location remain unclear, this is Posco Chemical’s first expansion to the US.

Cathodes are materials that go inside the plus sides of EV batteries. They decide how powerful EV batteries can become and represent roughly 40 percent of battery costs. Posco Chemical will supply GM with nickel-rich cathodes for high-performance EV batteries.

Though it was only last year the two companies started doing business with each other, the joint venture was formed based on years of mutual trust built between GM and Posco, a parent company of Posco Chemical, which supplies steel plates to GM cars. Top executives from both sides agreed on the necessity of expanding their cooperation to EV batteries, according to a Posco Chemical official.

“We are building a sustainable and resilient North America-focused supply chain for EVs covering the entire ecosystem from raw materials to battery cell manufacturing and recycling,” said Doug Parks, executive vice president at GM, in a press release.

The partnership with Posco Chemical is GM’s latest move to hedge supply chain risks posed by China. The Asia’s No. 1 economy’s daunting dominance in raw materials has recently emerged as a major risk in the EV industry.

“China’s potential weaponization of key raw materials is a risk factor. (Automakers) who secure stable supply chains through vertical integration can expect a premium in the market,” Kim Hyun-soo, an analyst at Hana Financial Investment, said.

According to SNE Research, China commands 57.8 percent of the global cathode market, followed by Korea’s 20.3 percent and Japan’s 11.4 percent.