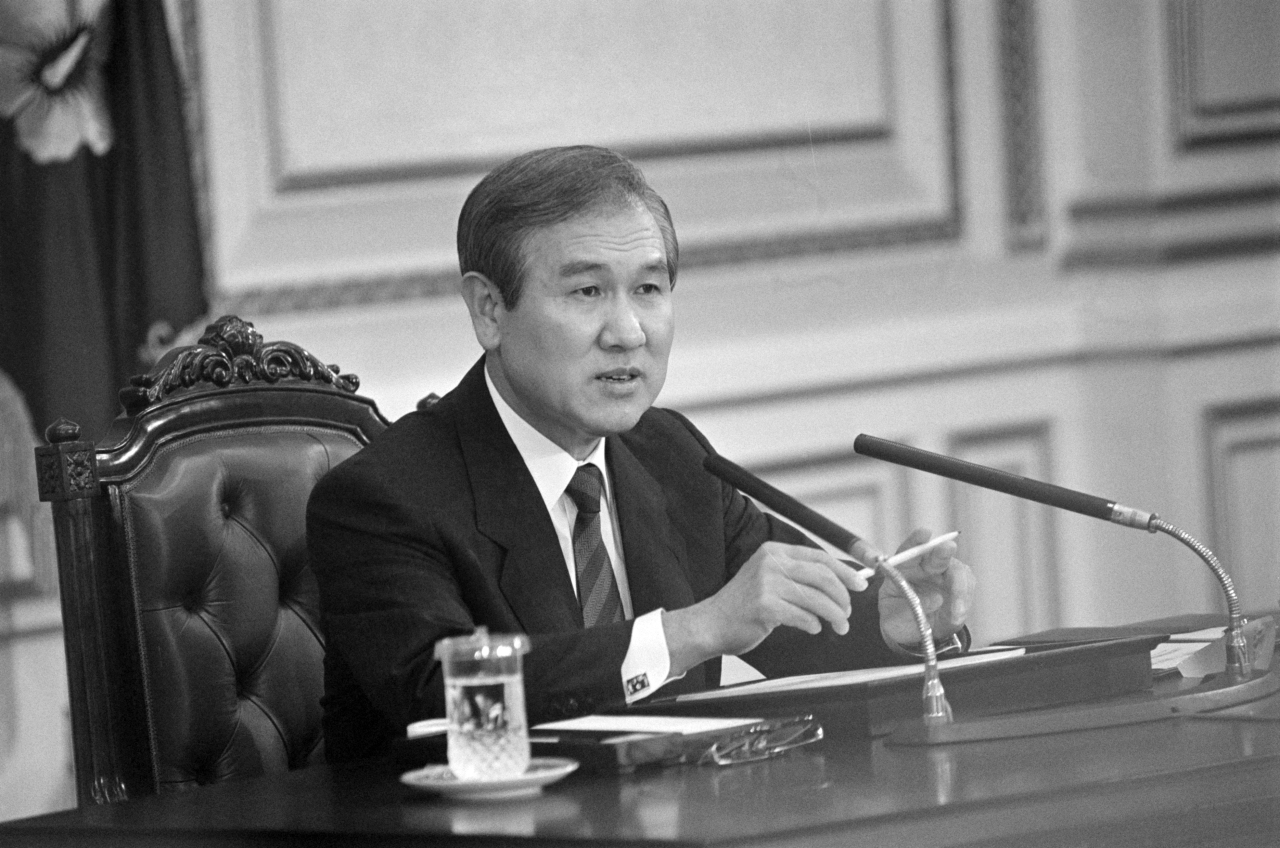 Roh’s aides announced Tuesday that Roh, who served as the 13th president of South Korea from 1988 to 1993, died at around 1:45 p.m. while receiving treatment at Seoul National University Hospital. He was brought to the hospital's emergency room at 1:10 p.m. but failed to recover.

The former president’s health had deteriorated in recent years, especially after he underwent surgery for prostate cancer in 2002. He was receiving care at his home in Seodaemun-gu, western Seoul, and was suffering from cerebellar atrophy and asthma.

It was not known as of press time where or how Roh's funeral would take place, but it was hinted that he might get a state funeral. Decisions about the service may have to wait until his son's arrival from overseas, scheduled for Wednesday.

The soldier-turned-politician was born in Daegu in 1932 as the first son of a civil servant family. He joined the military in 1950 as a conscripted enlisted soldier during the 1950-53 Korean War, and he later went on to graduate from the Korean Military Academy and have a successful military career.

He also served during the Vietnam War and advanced into politics with help from a friend from college -- Chun Doo-hwan, his immediate predecessor as president. Chun helped Roh rise to the presidency in 1988 by picking him as the ruling Democratic Justice Party's presidential candidate.

Before running for president, Roh had served as chairman of the Democratic Justice Party and as head of the Seoul Olympic Organizing Committee. He had also held several ministerial posts.

Roh's presidency is highlighted largely by his diplomatic work, with South Korea hosting the Seoul Olympics the year he took office. He ran the administration under the slogan "an era of ordinary people," which also helped him wash away his military image.

He was also well known and highly regarded for his foreign policy initiative, dubbed "Nordpolitik," reaching out to allies of North Korea to normalize diplomatic relations. During his five-year term, Roh improved South Korea's diplomatic relations with the Soviet Union and the People's Republic of China.

After the presidency, Roh and Chun were both tried on bribery, treason and mutiny charges and were convicted in 1995. In 1997 Roh was sentenced to 17 years in prison and ordered to forfeit over 260 billion won ($222 million in today’s money), but he was pardoned later the same year.