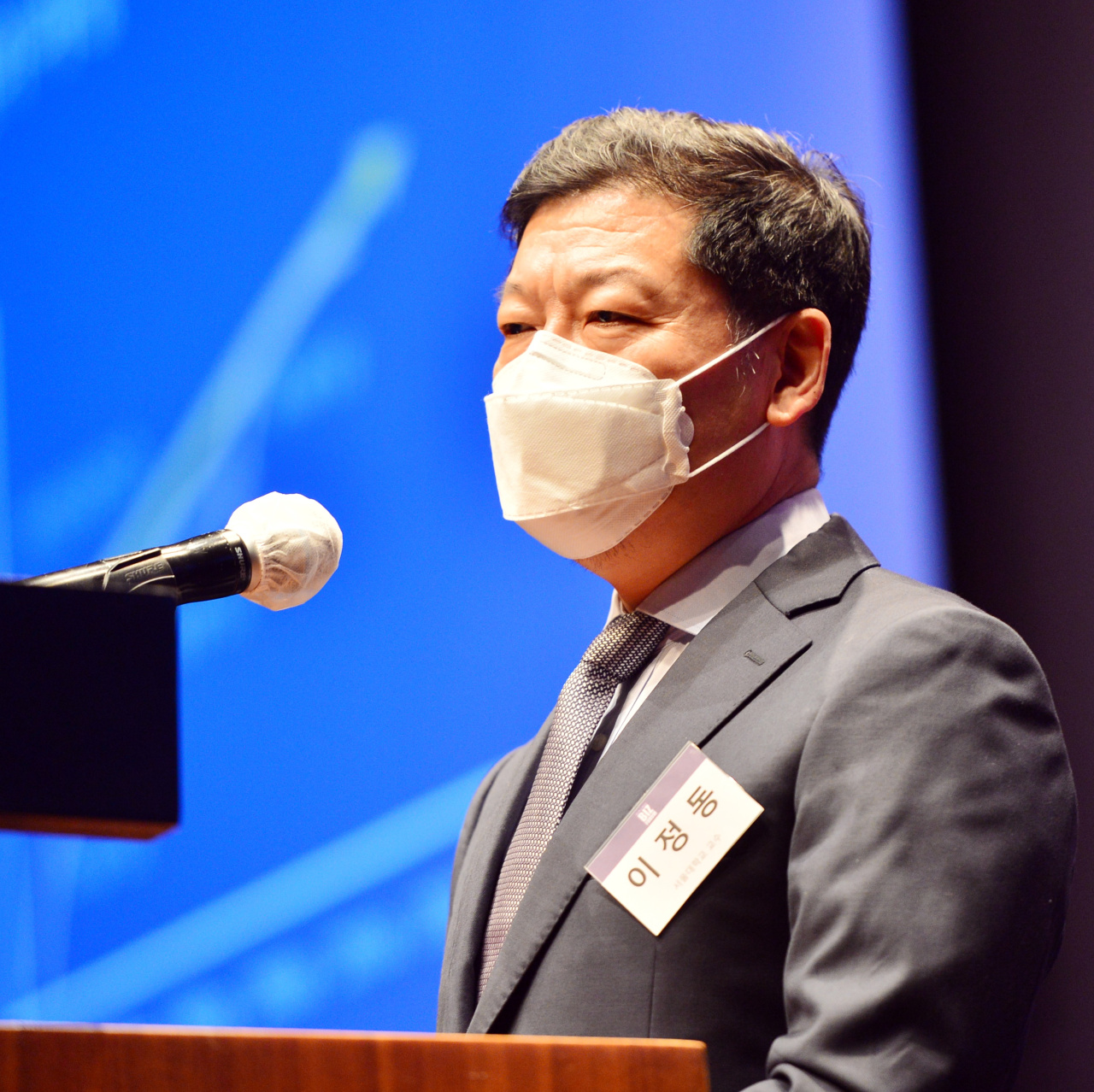 “Defending a country was the basic concept of military security. However, with supply chains spanning across the globe now, it is only possible with economic security. And at the core of economic security is technological sovereignty,” said Lee, speaking at the fourth Korea Herald Biz Forum titled “Shape of the Future,” held at the Shilla Seoul.

In his keynote speech, the professor who served as a special adviser to the president for economy and technology until May this year, defined tech sovereignty as a country‘s ability to secure core technology essential for its economy and social welfare system.

“It can be attained only by accumulating trials and errors in its effort to create something original. Followers who circumvent this process won’t achieve that,” Lee said.

As Tuesday’s discussion focused mainly on trends to shape the post-pandemic world, Lee said the much-discussed US-China tech war is just another way of explaining the race for tech sovereignty.

“What we are seeing is nations, not just the US and China, vying to secure core technologies, and the manufacturing infrastructure to support it, as tech sovereignty requires both,” he said.

Lee pointed to how the US passed innovation and competition laws so the federal governments could support new technological development and nurture new talent.

In the case of Japan, the new administration is considering setting up a 1 trillion-won tech fund to incentivize tech companies like Taiwan’s TSMC who has recently announced plans to build a chip plant in Japan.

In Europe, EU-level talks on technological sovereignty have been had, Lee said during his speech.

Despite growing competition, however, Lee voiced caution against economic nationalism.

Lee also urged South Korea to abandon the “developing country mindset” and be willing to take the uncharted path for creating original technologies, designs or concepts.

“When the Bank of Korea raised the base interest rate recently, the international media reported it as the first central bank from the developed world to start tapering.

“Korea is already considered a developed country in the world. Now is time that we need to upgrade our own mindset,” he said.

The scholar called for bipartisan cooperation and cross-sector collaboration for Korea to achieve tech sovereignty.

“We need bipartisan partnership for technological sovereignty and also need cooperation between the government and the private sector,” Lee said.