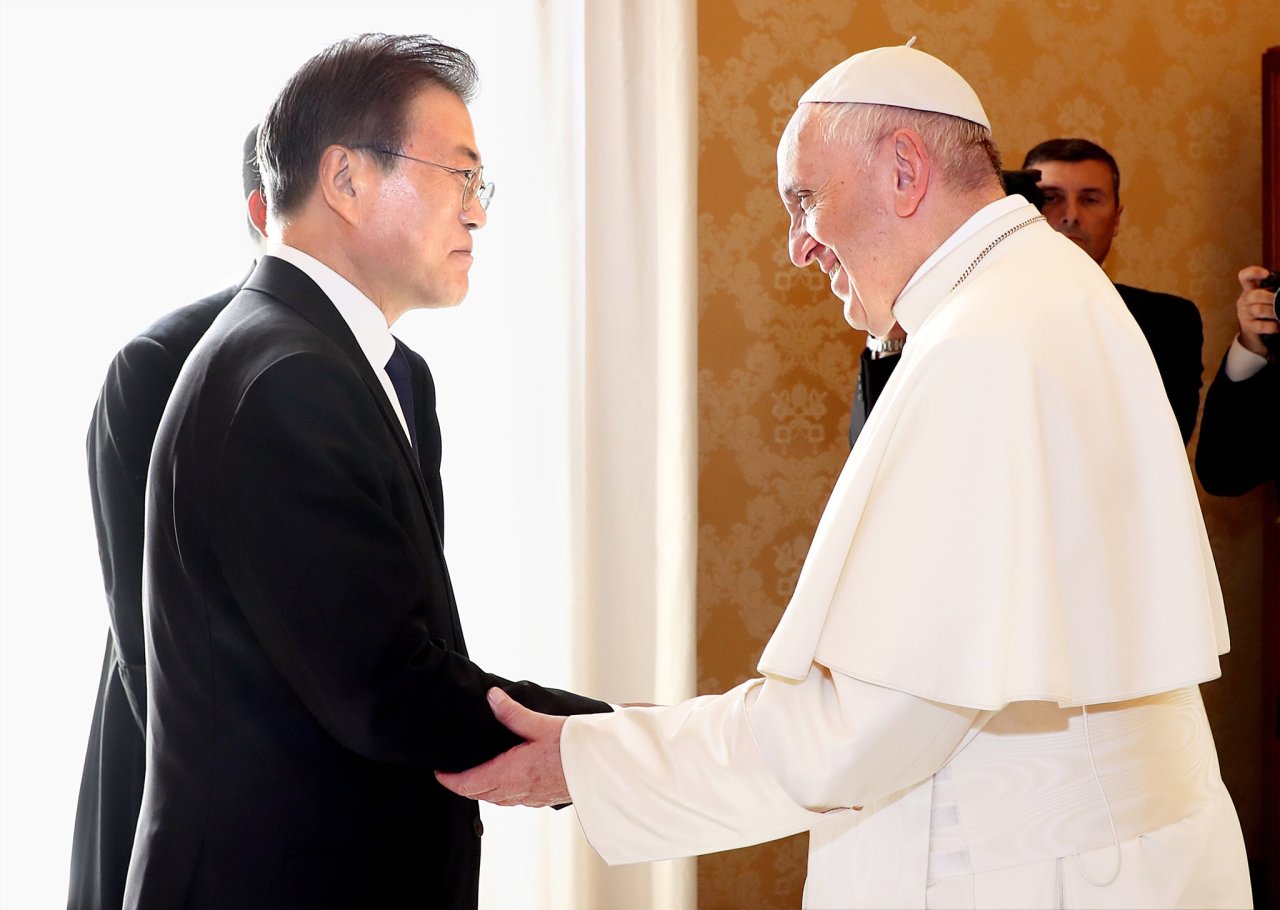 The president will hold a bilateral meeting with the pope in Vatican City on Oct. 29 before heading to Rome to attend the G-20 summit on Oct. 30-31.

For Moon, the nation’s second Catholic president, it will be his second visit to the Vatican. North Korean issues, including a possible papal visit to Pyongyang, are expected to top the agenda.

In 2018, Moon verbally relayed an invitation from North Korean leader Kim Jong-un for the pope to visit the reclusive country, to which the pope had reportedly responded positively to. But related discussions have been stalled after the breakdown of the Washington-Pyongyang summit in early 2019.

Any such visit would be a first as no pope has ever visited the communist country, where the only active religious leaders are said to be Buddhist monks and Protestant ministers.

“Given that the pope has expressed his keen interest in the peace efforts on the Korean Peninsula, related issues, including his possible visit to North Korea, are expected to be discussed,” a Cheong Wa Dae official said on condition of anonymity.

At the G-20 summit, Moon plans to attend three leaders’ sessions for global economy, climate change and sustainable development and is expected to discuss inclusive and sustainable recovery and ways for cooperation among countries. The president also will hold bilateral meetings with other world leaders, details of which would be made available closer to the event, the presidential office said.

After the G-20 gathering, he is heading to Glasgow, Scotland, where the COP26 climate summit is held on Nov. 1-2 with about 130 heads of state in attendance. Moon plans to deliver a keynote speech at the Action and Solidarity session.

On the final leg of his European travels, Moon will make a state visit to Hungary on Nov. 2-4. This will be a South Korean president’s first state visit in 20 years since the last one made by former President Kim Dae-jung in 2001.

During the stay, Moon plans to pay tribute to victims of a tragic ferry sinking in Budapest in 2019 and hold a summit with Hungarian President Janos Ader. He also plans to attend a meeting of the Visegrad Group, which includes Hungary, the Czech Republic, Poland and Slovakia, to discuss business partnerships on futuristic areas such as electric cars and batteries.

The president is scheduled to return home on Nov. 5.