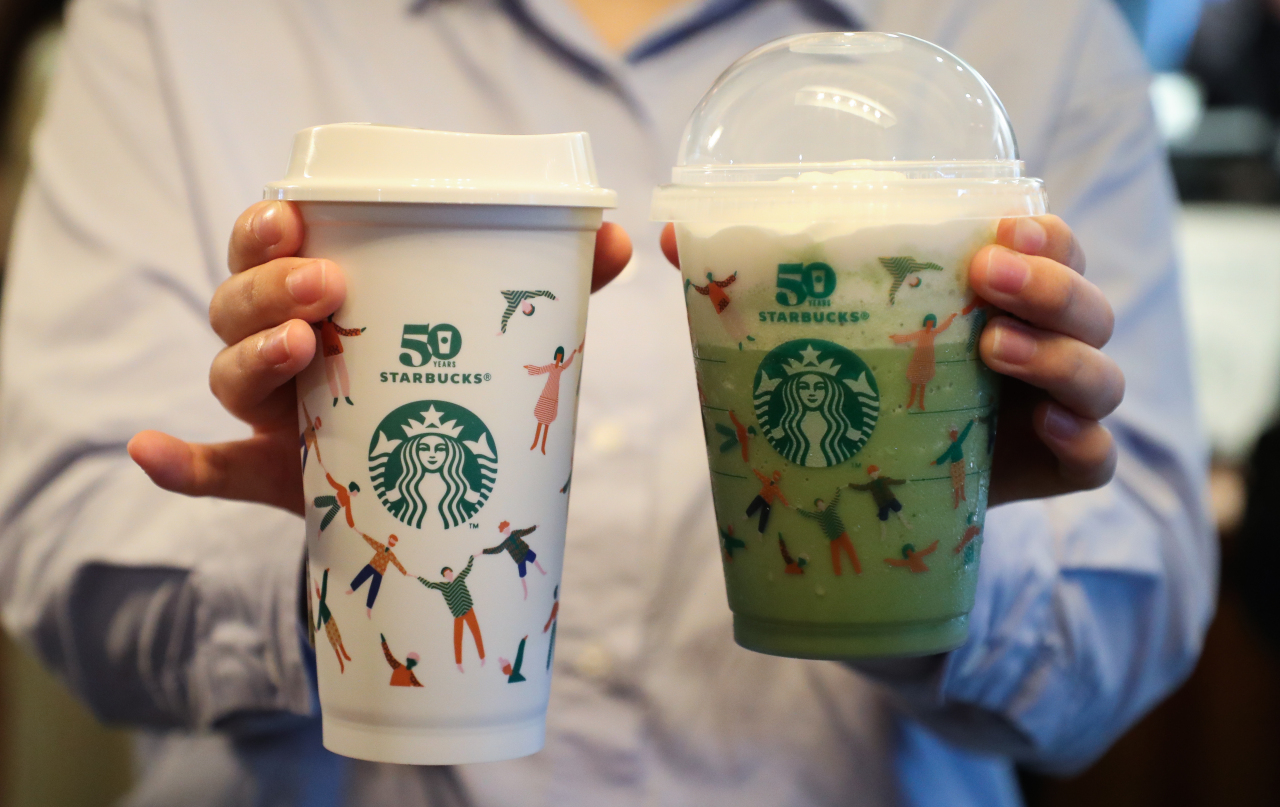 Multi-use cups were distributed as part of Starbucks’ marketing event celebrating its 50th anniversary in September. (Yonhap)
For years, Starbucks Korea enjoyed a boost in sales from its seasonal merchandise such as tumblers -- one of the franchise’s more popular items, often seen as an eco-friendly substitute for single-use cups.

But when the coffeehouse chain unveiled a new range of Halloween-inspired items on social media earlier this month, the mood appeared to have shifted.

“Introducing the Halloween merchandise mysteriously enchanted and kept in a wizard’s secret room,” a tweet from the company read.

The seemingly innocuous tweet was soon met with anger.

The comments come after the South Korean unit of the global coffeehouse chain faced criticism over its “multi-use cups” which were distributed on a first come first serve basis as part of a global marketing event last month. It has been accused of “greenwashing” -- an act of giving misleading information to consumers that makes them believe that a product or a service they provide is environmentally friendly when it is not.

The company said the “Reusable Cup Day” event, which took place in countries including Korea, Singapore and Indonesia, was held to send a message of “sustainability and environmental friendliness.”

“The premise of the campaign was to reduce the use of single-use cups and encourage consumers to use multi-use cups. But conceptually speaking, any cups that can be used multiple times are multi-use cups.

“If (the event) offered discounts to people who brought tumblers sitting around collecting dust instead, I think it would have encouraged more people to use multi-use cups.”

To be fair, Starbucks Korea has launched a series of environmental initiatives over the past years.

Last week, Starbucks announced its collaboration campaign with the Seoul city government to plant trees and flowers, resulting in a forest of its own at Seoul Forest.

In November 2018, it also introduced paper straws at all stores across the country.

But Heo remains skeptical of the company’s ESG commitment.

“Tumblers are produced each time there is a marketing event. If you think about it, you cannot use them all at once no matter how many you own, which means that when you buy them repeatedly, many of them end up as trash.

“I doubt (Starbucks Korea) is unaware of that,” she said.

Starbucks Korea, however, has defended its marketing decisions.

“In support of the company’s goal to reduce carbon emission by 30 percent by 2025, Starbucks is encouraging customers to shift away from single-use plastics, championing the use of recycled content, and promoting reusability,” the company said in a statement to The Korea Herald.

“In line with these efforts, Starbucks is engaging more customers with reusable cup use through cup discounts and eco bonus stars.”

Starbucks is far from being the only company to have been mired in a so called “greenwashing” controversy. 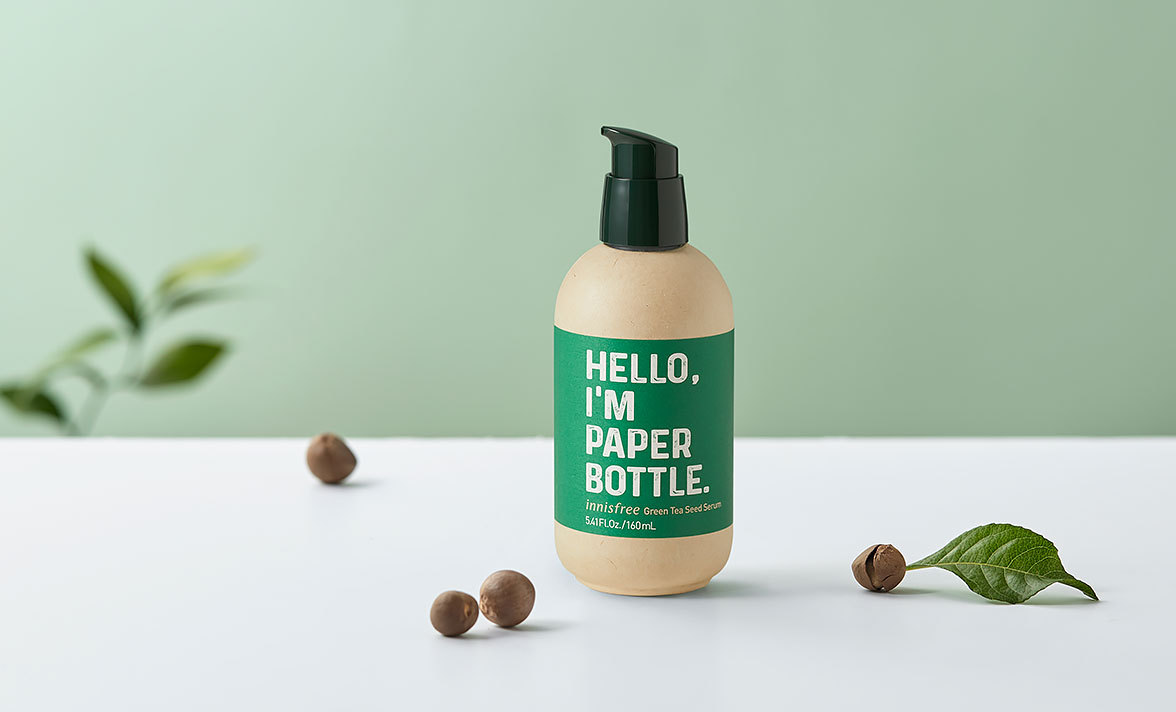 Though the label covering the bottle reads, “Hello, I’m Paper Bottle,” the product in question is a plastic bottle wrapped in paper.

Following the backlash, the brand has hurriedly acknowledged that the label “Hello, I’m Paper Bottle” may be misleading, but added that the colorless plastic bottle is recyclable and eco-friendly as it uses 51.8 percent less plastic than conventional packaging.

In April, a protest was held outside the company’s headquarters by members of environmental group Green Korea who called on food delivery services to introduce an option for multi-use containers.

Baemin’s current policy allows users opt out of receiving plastic cutlery and wooden chopsticks when making an order on the app, but critics say it is not enough.

“How much impact do you think those actions have had on reducing plastic waste? One fewer spoon does not mean much when there are almost 10 containers (each order),” Heo said during an interview earlier this year.