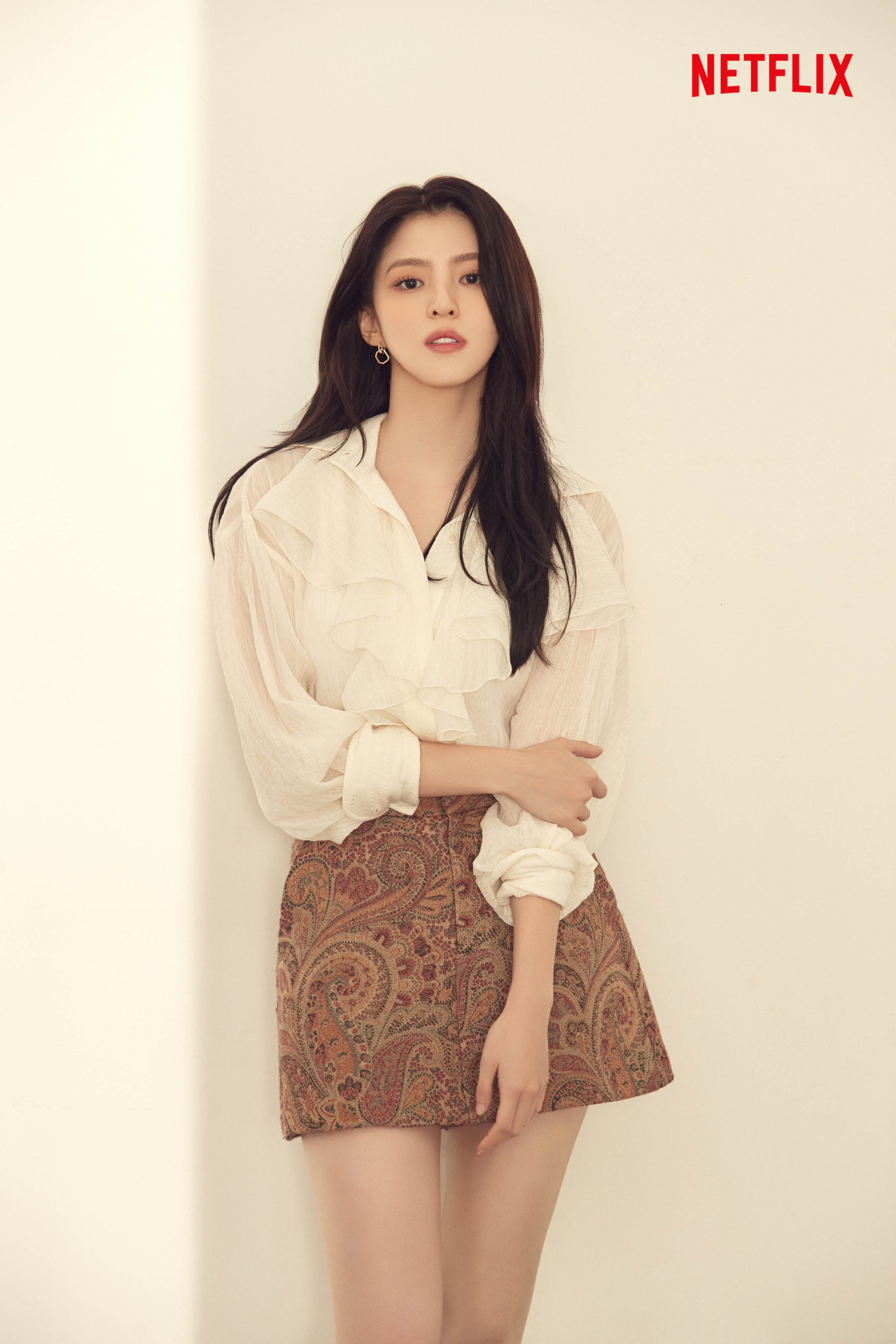 Han So-hee (Netflix)
For Han So-hee, 26, taking a role in the Netflix series “My Name” made her improve as an actor with a wide range.

“I thought the audience, including my fans, wanted to see the sides of Han So-hee that are already very familiar to them with the previous dramas like ‘The World of the Married’ and ‘Nevertheless’. But I wanted to find and show different sides of Han So-hee,” the actor said during an online interview with a group of reporters Wednesday.

“Acting in genres that I have experienced before seems to limit my chances at becoming a better actor. This was the biggest reason for deciding to appear in the action-noir series,” Han added.

After her small screen debut as a supporting actor in SBS drama “Reunited Worlds” (2017), Han experienced unprecedented popularity with JTBC’s melodrama “The World of the Married” (2020).

“Yoon Ji-woo, who wore colorful outfits and beautiful makeup, was definitely different from my previous characters. When I saw the filmed scenes, I thought I should have put on more lip balm,” she joked. 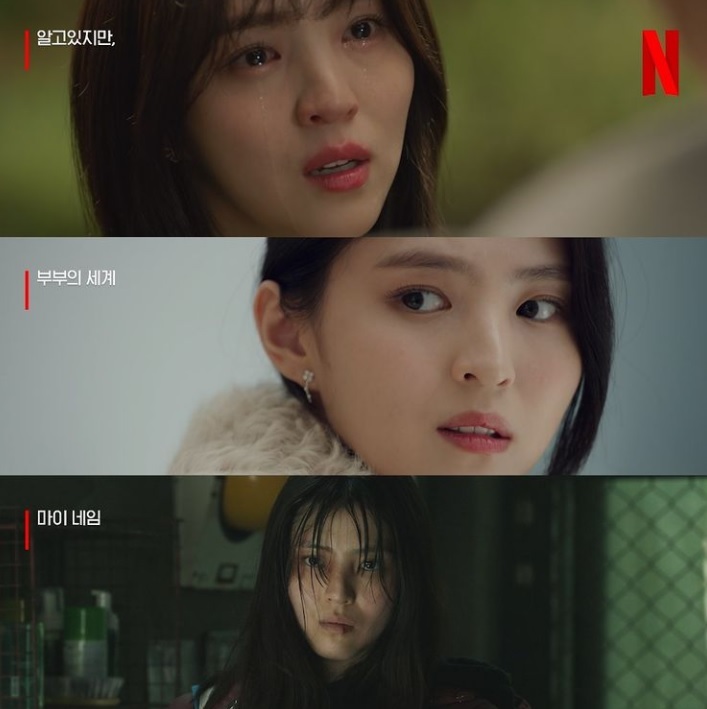 Actor Han So-hee in “Nevertheless” (from top), “The World of the Married” and “My Name” (Netflix)
“I focused on how the audience would accept this character. I don’t think the viewers can sympathize with Ji-woo’s story and feelings if I had worn fancy makeup,” Han said.

Netflix’s mystery crime series “My Name” revolves around a woman who joins the country’s biggest drug cartel to find her father’s killer.

At first, Han questioned why Ji-woo would waste her life tracking down evidence related to the death of her father. But she understood the character’s situation, when nobody in the world could provide any help. The actor said that she shared a similarity with Ji-woo in taking every action possible to achieve a goal.

When asked if she was satisfied with her action scenes, the actor said she could have performed better. 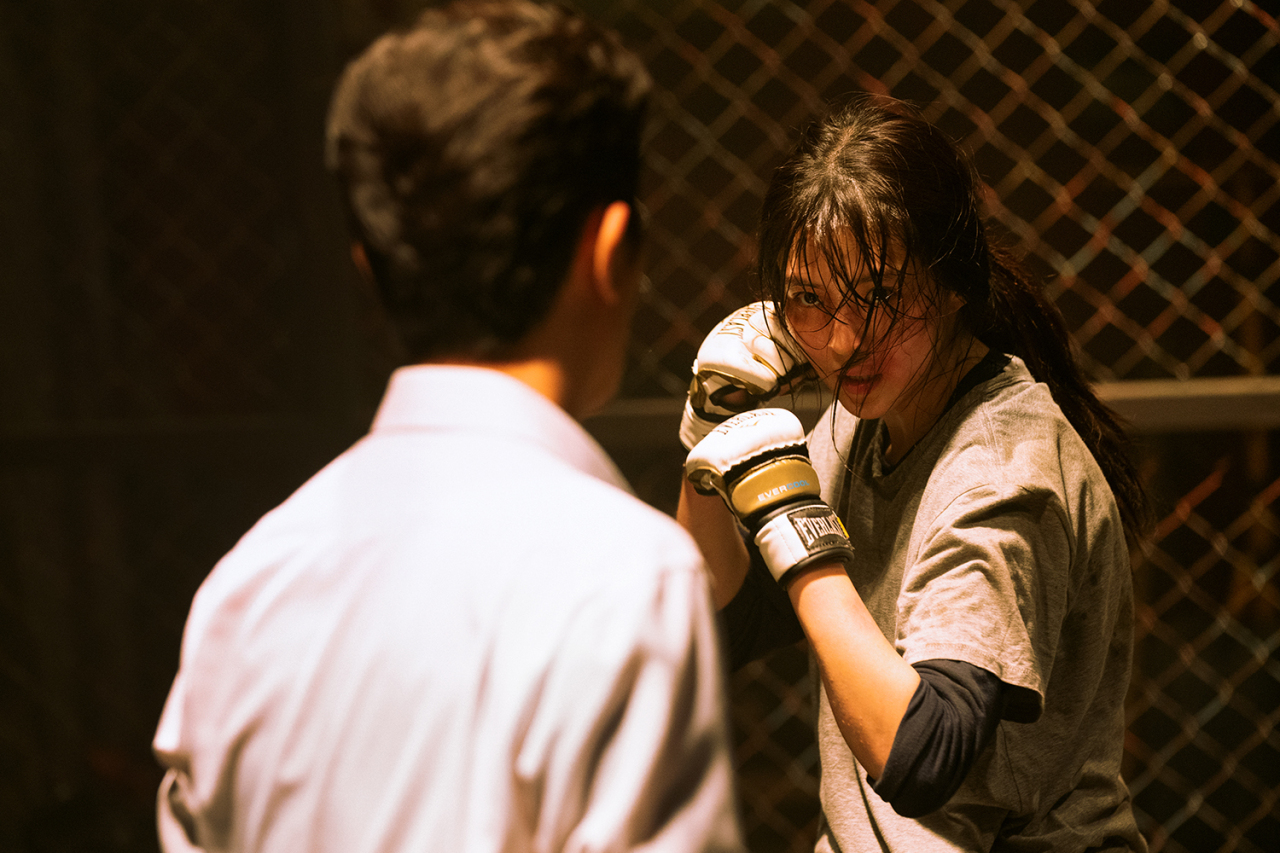 Actor Han So-hee plays revenge-driven woman Yoon Ji-woo in “My Name” (Netflix)
“I still continue to take kickboxing lessons. Now I can see that I should have been more active and physical in some scenes” Han said.

She also felt that the series made her realize that sincerity always pays off.

“I had never done an exercise before shooting ‘My Name.’ I had to start from zero. But I suddenly found myself enjoying the heart-thumping action scenes. Because I wholeheartedly took part in the series, I became more confident in showing my work to the other as well,” the actor added.

Though she does not know anything about “My Name Season 2,” she promised to return with better movements, action and a stronger body.

Toward the end of the interview, Han also shared the thought about her future plans.

“Nothing has been decided for my next project. I am reading many scripts to show the many sides of Han So-hee to entertain the fans. This may sound bizarre, but I want to play a serial killer,” the actor said.

“After studying many noir movies and shooting fierce action scenes in ‘My Name,’ I think I became somewhat indifferent to films with a lot of blood spilling. This can be a good chance to do more unique roles like a serial killer,” Han added.

The eight-episode series ranked in third place as of Wednesday in global Netflix chart, according to FlixPatrol.