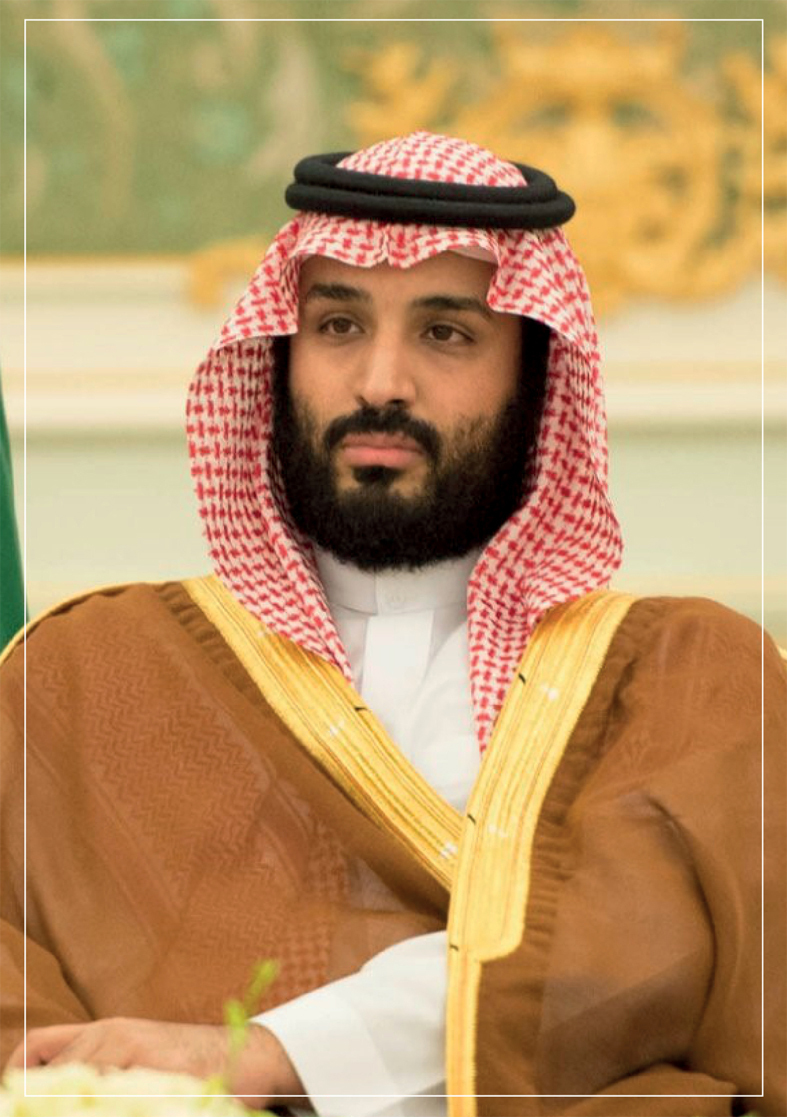 His Royal Highness Prince Mohammed bin Salman bin Abdulaziz Al Saud, Crown Prince, Deputy Prime Minister and Minister of Defense of the Kingdom of Saudi Arabia
Sept. 23 every year brings the memory of a glorious day in our national history where the founding King Abdul Aziz bin Abdul Rahman al-Saud unified the Kingdom of Saudi Arabia. With such a precious national occasion every year, the National Day is an important landmark in the history of modern Saudi Arabia. We celebrate and remember with pride, deep appreciation and dignity the efforts and sacrifices made by our ancestors in building, developing and serving the Kingdom. 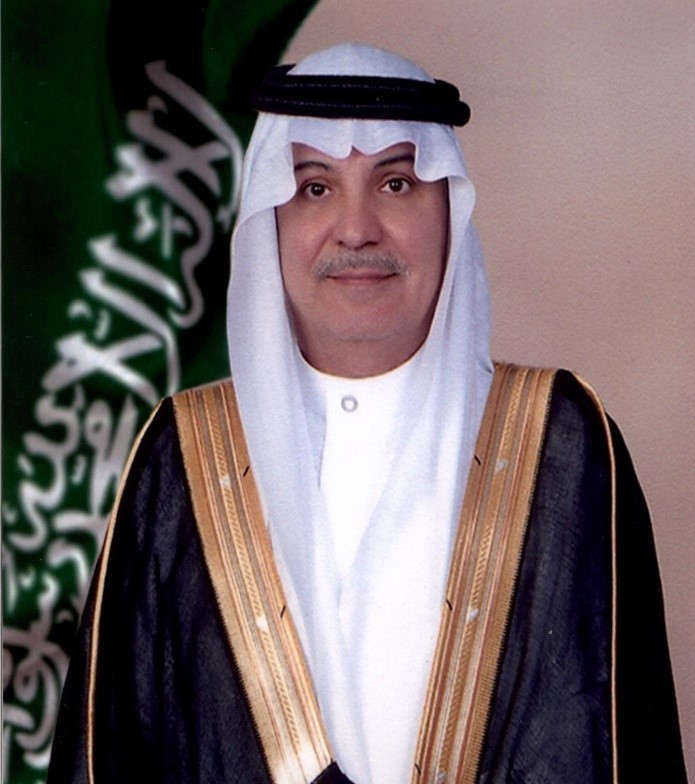 Ambassador of the Kingdom of Saudi Arabia to the Republic of Korea
This year we celebrate the 91st anniversary of the National Day while the kingdom continues the process of development and growth in all fields under the leadership of the custodian of the two holy mosques, King Salman bin Abdul Aziz al-Saud, and the trustworthy Crown Prince, Deputy Prime Minister and Minister of Defense Mohammed bin Salman bin Abdul Aziz al-Saud. The kingdom is experiencing a qualitative renaissance despite regional and international challenges. 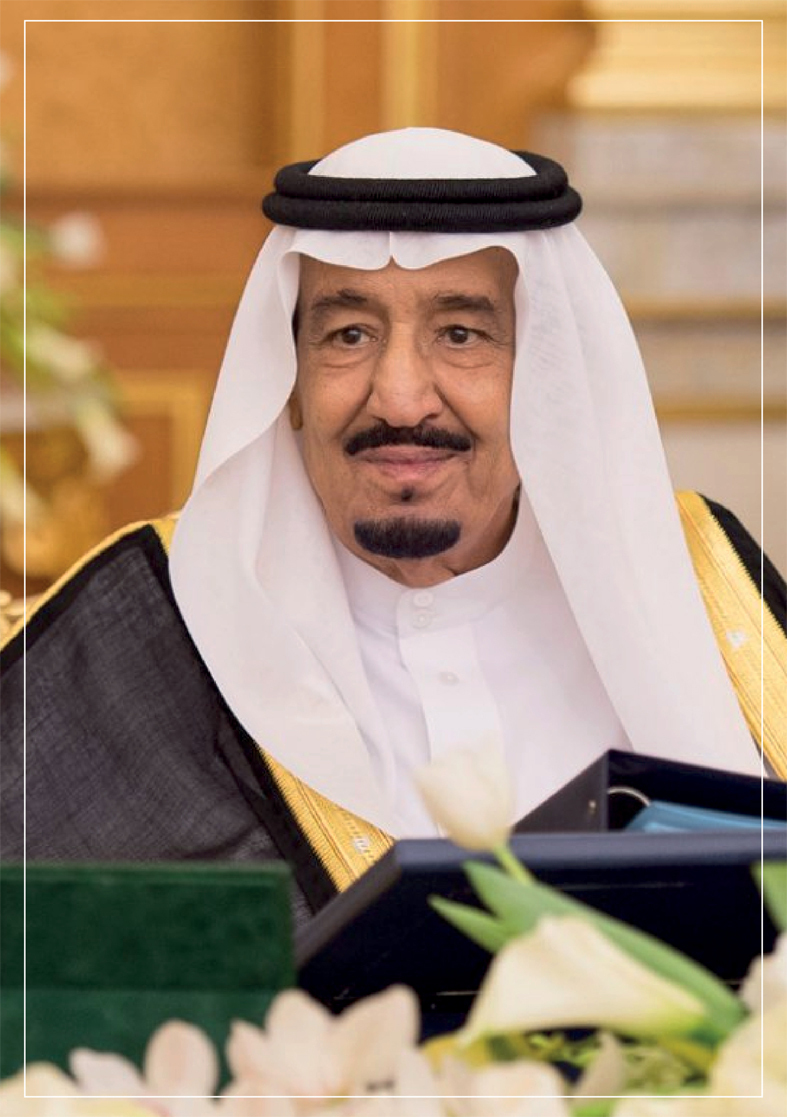 Custodian of the Two Holy Mosques His Majesty King Salman bin Abdulaziz Al Saud
In recognition of the leadership‘s willingness to invest all its national resources to serve the country and its citizens, the kingdom’s “Vision 2030” was announced with its national contents, development and future plans in order to diversify sources of income, increase efficiency of government performance and modernize regulations and administrative structure. 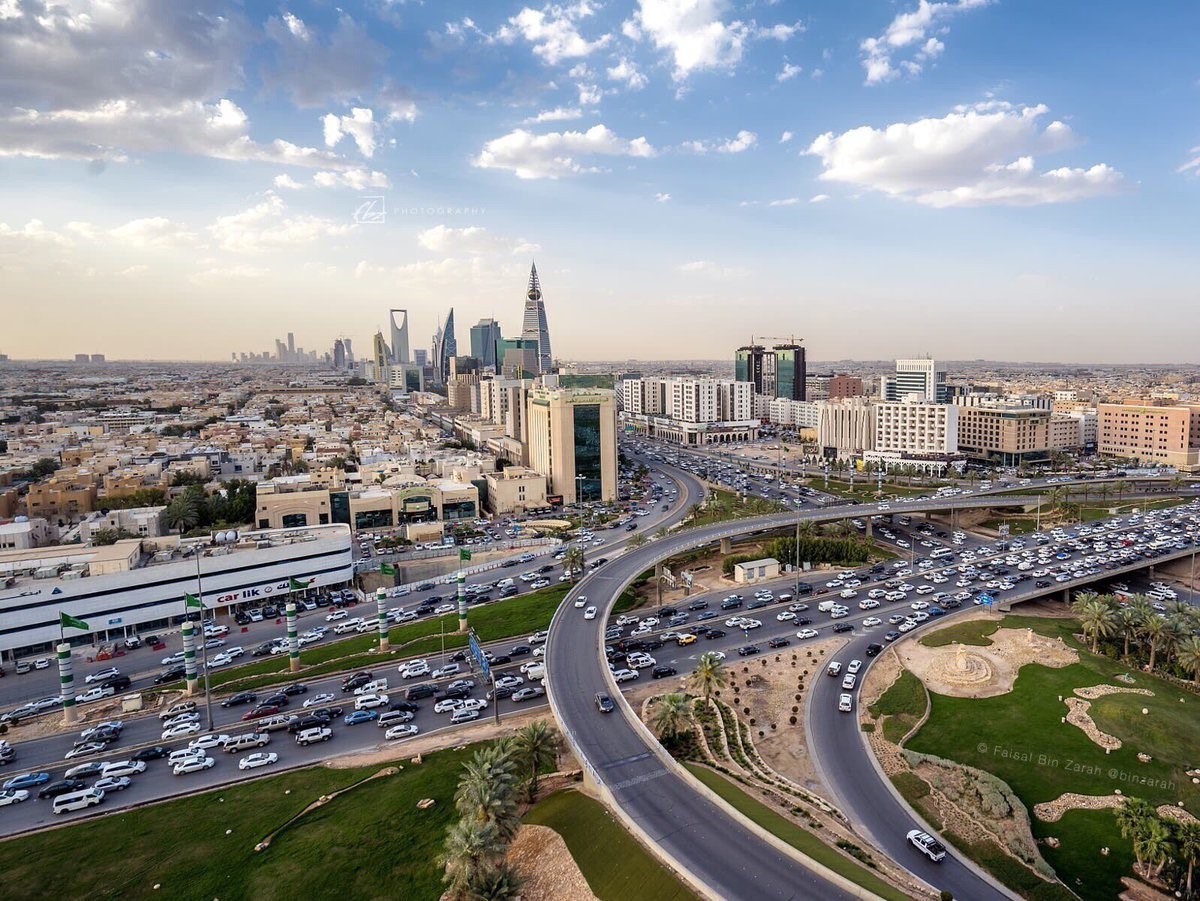 Riyadh - the Capital City of the Kingdom of Saudi Arabia
Marking the beginning of a new phase of development and hard work for a better future, Vision 2030 aims to maintain cooperation with developed countries, to achieve a comprehensive development, to employ the kingdom’s potential and its energy by utilizing its strategic location. As a result of this vision, economic and social reforms have been bearing fruits and the kingdom has emerged as one of the more attractive economic destinations in the world. Our efforts to diversify the economy are also yielding results. 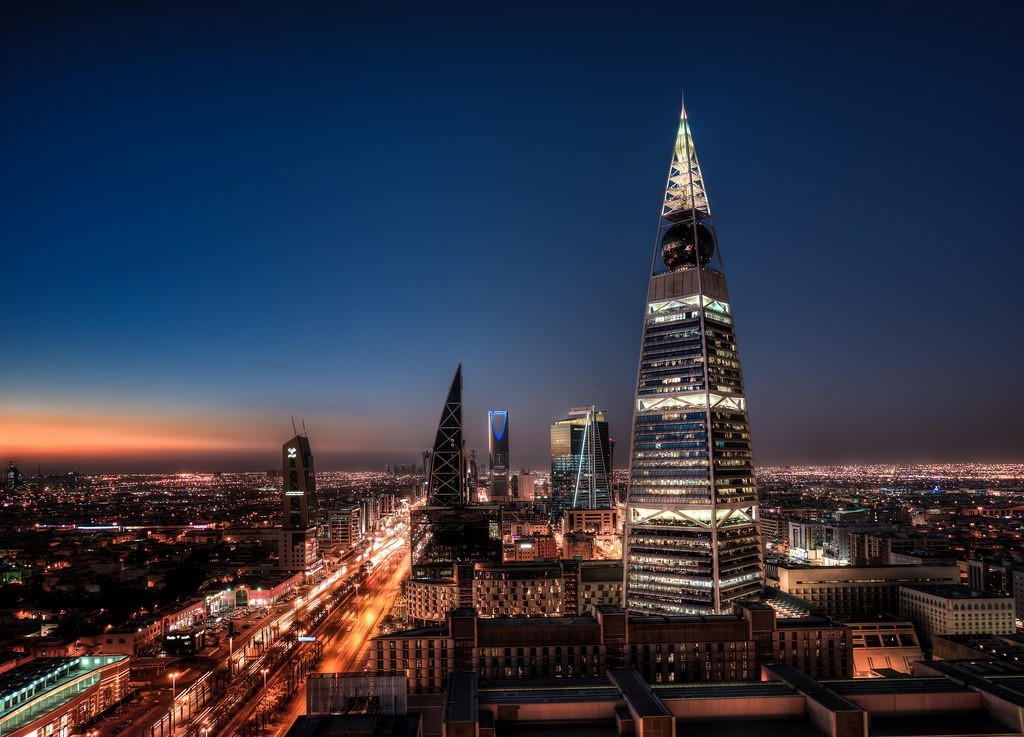 Riyadh- the Capital City of the Kingdom of Saudi Arabia
Saudi Arabia plays a major role in maintaining security and stability in the region, and it enjoys a regional, Arab, Islamic and international status, while playing an active and influential role in international decision-making, and its continuous pursuit for international peace and security.

Moreover, Saudi Arabia is one of the largest countries supporting humanitarian and relief work in the world, aware of the importance of alleviating human suffering and ensuring a decent life for those who are vulnerable and needy. The foreign aid provided by the country this year amounted to more than $467 million.

This annual occasion coincided with the Saudi Green Initiative and Middle East Green Initiative, which were announced by Crown Prince Mohammed in March of this year, and were praised by governments and international green agencies. 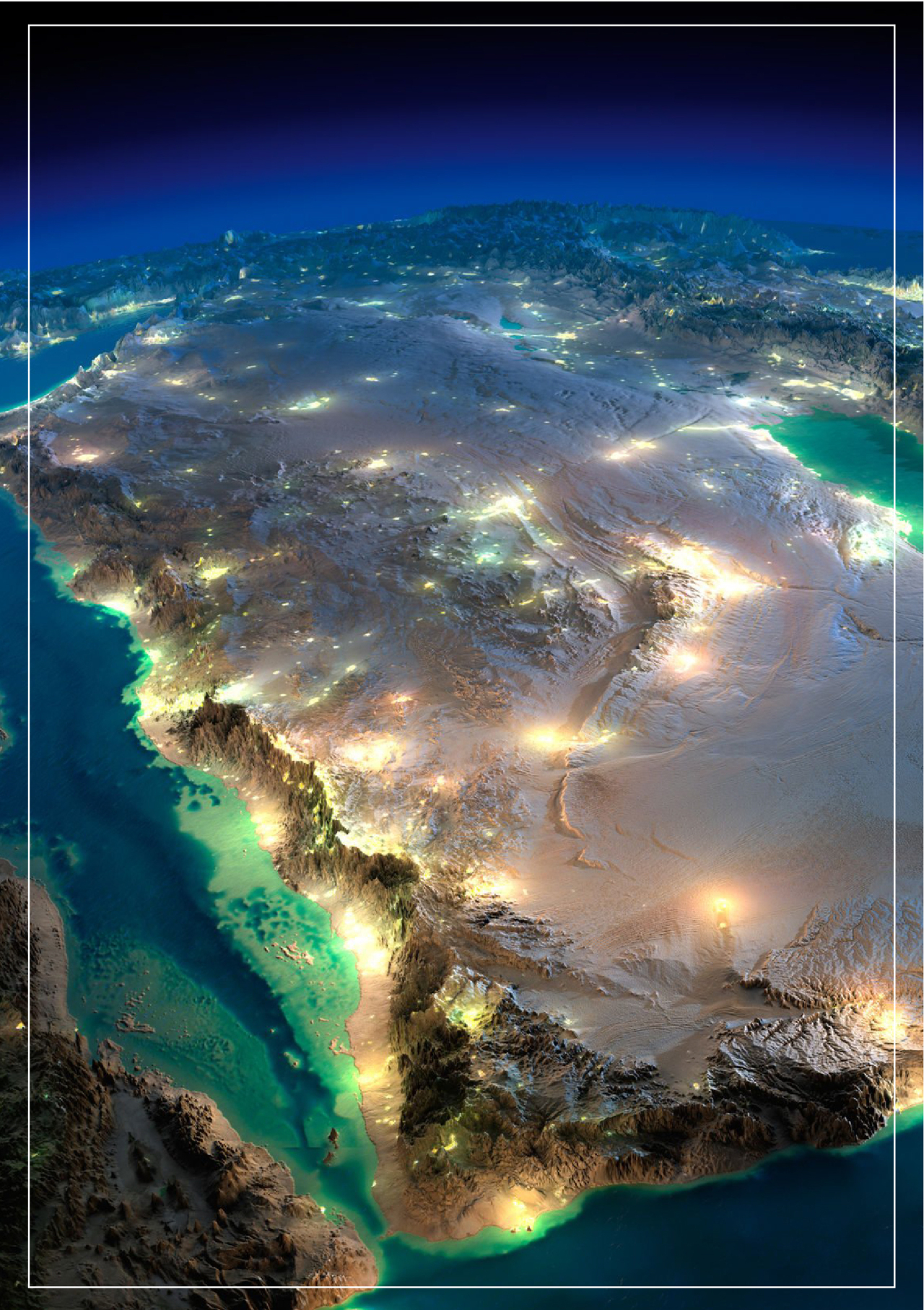 Map of the Kingdom of Saudi Arabia
Initially, the Saudi Green Initiative aims to improve the quality of life and protect future generations in the Kingdom of Saudi Arabia. Since the launch of Vision 2030 in 2016, the Kingdom has taken significant steps to scale up its climate action and environmental protection. SGI now takes efforts to the next level by unifying all efforts in the Kingdom to increase reliance on clean energy, offset the impact of fossil fuels and combat climate change. This initiative brings environmental protection, energy transformation and sustainability programs together to work towards four overarching targets to achieve a common goal of a green future.

In the whole-of-government approach, SGI works with entities and organizations across the Kingdom to amplify their existing climate actions and create opportunities for new initiatives. SGI also bridges the gap between public and private efforts, identifying opportunities for collaboration and innovation.

As one of the major global oil producers, Saudi Arabia recognizes its share of responsibility in advancing the fight against climate change. Saudi Arabia is already engineering innovative solutions to help combat the climate crisis, and in the dawning era of renewables. SGI will support the Kingdom to become an international leader in sustainability.

Meanwhile, the Middle East Green Initiative is a catalyst for action-driving climate efforts in the region and beyond. The importance of reversing the effects of climate change is tangible across the Middle East and North Africa, where the impact of rising temperatures is already affecting livelihoods and opportunities.

By working together, nations can scale up climate commitments and deliver clear targets designed to protect the planet and ensure a positive future for the coming generations.

Taking this opportunity, I would like to praise the strategic, friendly, and cooperative relations between the Kingdom of Saudi Arabia and the Republic of Korea, which dates back to 1962. Through a long history, the two countries have witnessed a qualitative leap and great development in various fields, including politics, military, economy, education, culture, intellectual property, information technology and health. In fact, the bilateral cooperation has been enhanced and extended vastly to improve the relationship between two countries. 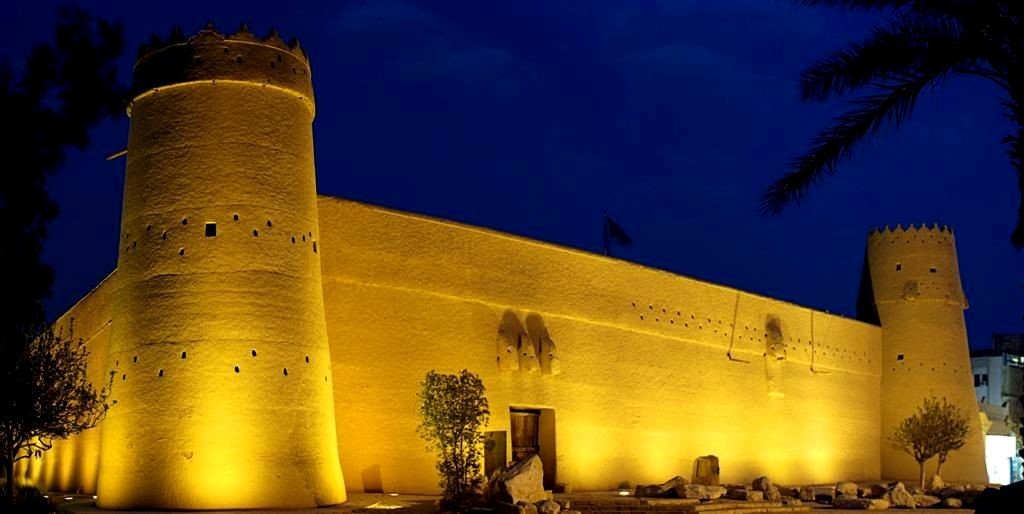 Al-Masmak Palace in Riyhadh
The Saudi-Korean bilateral relations are a model of relations among nations that have often shared the same values on different international events, bilateral coordination, mutual understanding and mutual support in international bodies and organizations.

On this auspicious occasion, I sincerely wish our two countries and the two friendly peoples continued further prosperity, security and stability.

By Sami M. Alsadhan, ambassador of the Kingdom of Saudi Arabia to the Republic of Korea