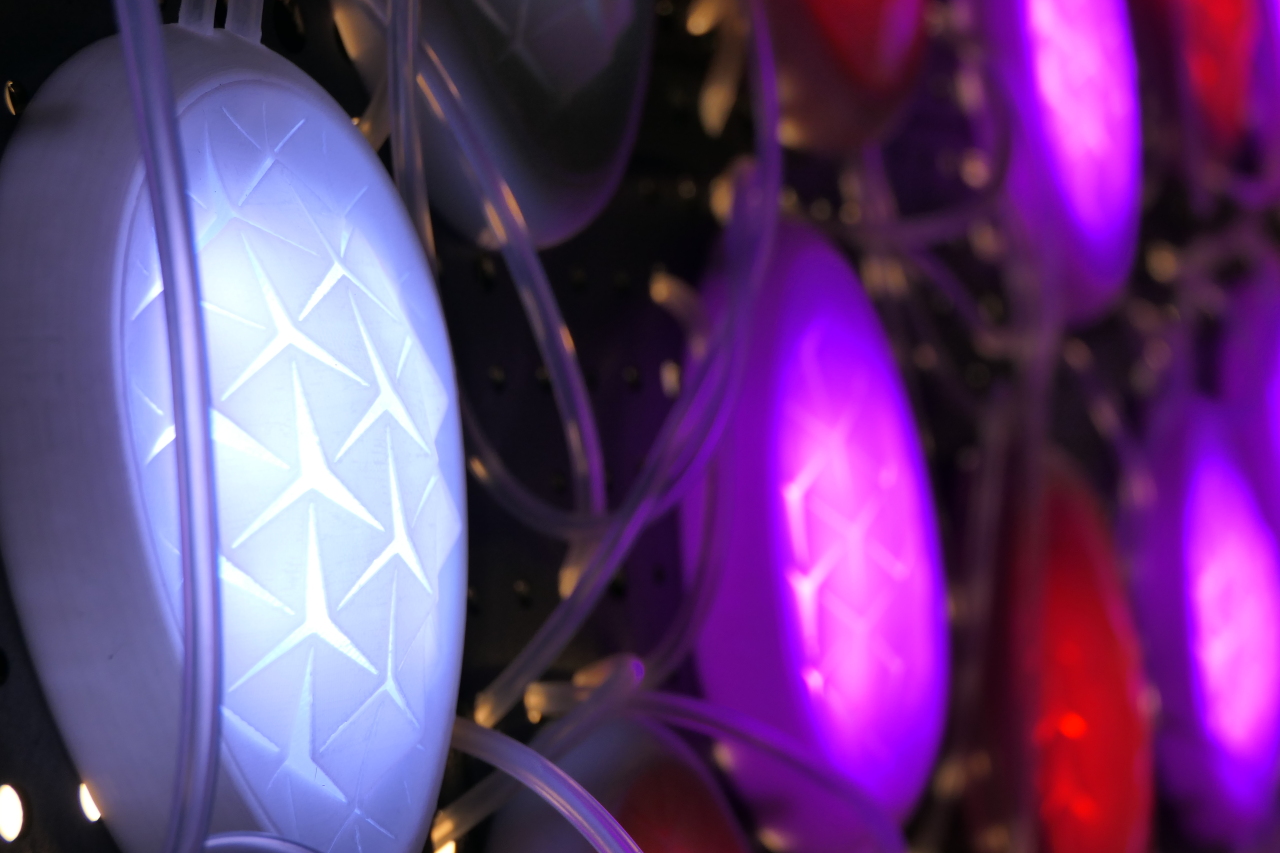 An installation view of AuxeticBreath by Youn Hye-jun (Courtesy of the artist)
AuxeticBreath, an interactive new media installation that visualizes the change in perception about humans’ breathing during the pandemic, was announced as the winner of the “Red Dot” at the Red Dot Award: Design Concept 2021.

Interactive designer Youn Hye-jun observed the interaction with collective breaths and visually rendered the rhythmic patterns of human breath using soft robotics and auxetic structures. Emitting different lights, the oval-shaped silicon objects move as if exhaling and inhaling at different speeds. The kinetic artwork shows diversified perceptions of breathing in the aftermath of the pandemic. 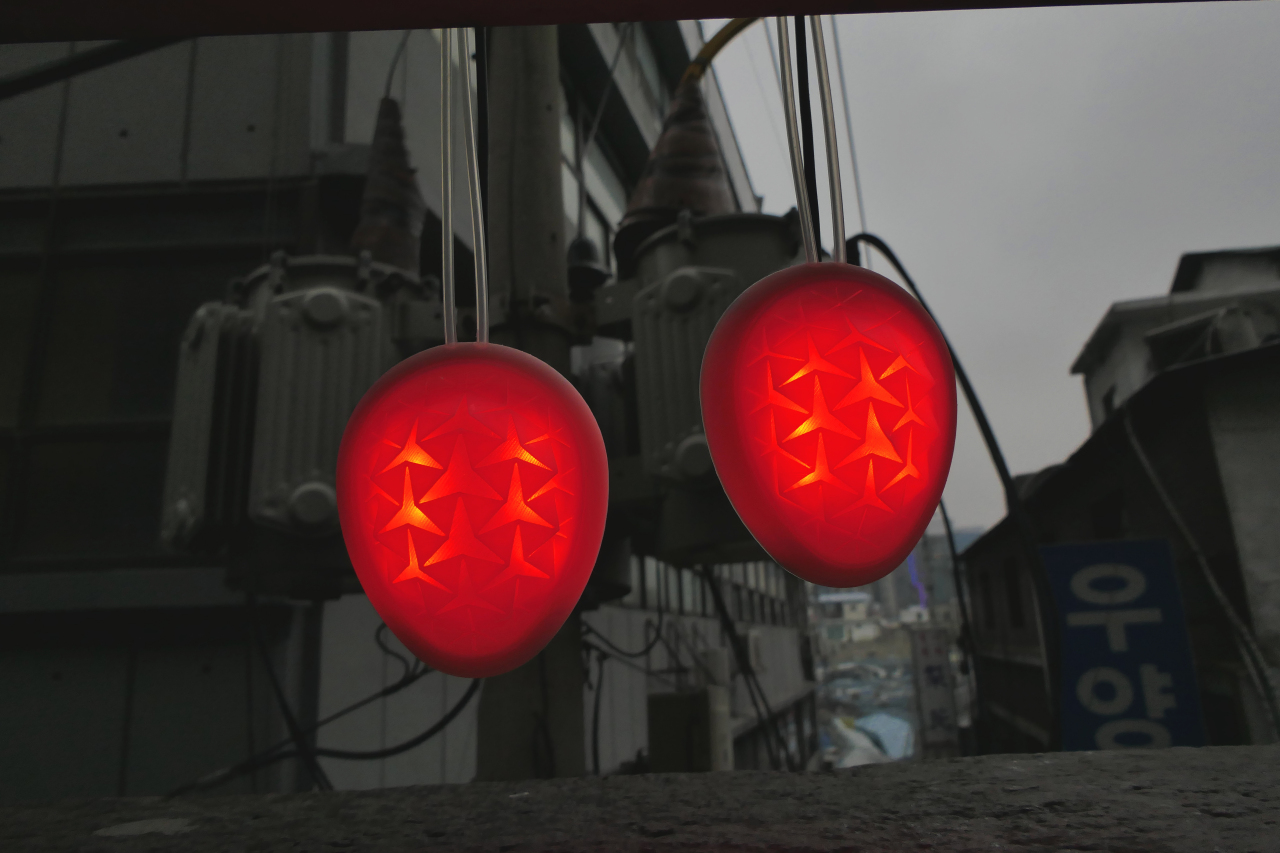 An installation view of AuxeticBreath by Youn Hye-jun (Courtesy of the artist)
"Expanding auxetic structures represent humans’ breath. Respiration was considered a positive thing, but the pandemic has made a negative stereotype about humans’ breathing, associating it with the virus or regarding it as something uncomfortable,” Youn told The Korea Herald during an interview Tuesday.

“The expansion speed depends on the light. The white light shows a more comfortable breathing, but when the objects change to red, the speed (of inflation and deflation) also changes, expressing uneasiness,” Youn added.
Using TPU filaments, which are more flexible than the widely used filaments, Youn created auxetic structures that can be easily replicated using a 3D printer.

“Many institutions conduct research about soft robotics, but many cases are limited to research purposes. I wanted to explore the field with an artistic approach,” she said.

Established in 1954, the Red Dot Award is one of the most influential design awards in the world, along with German iF Design Award and the International Design Excellence Awards. The Red Dot Award is given in three disciplines: product design, brand and communication design and design concept. Each competition is organized once a year.