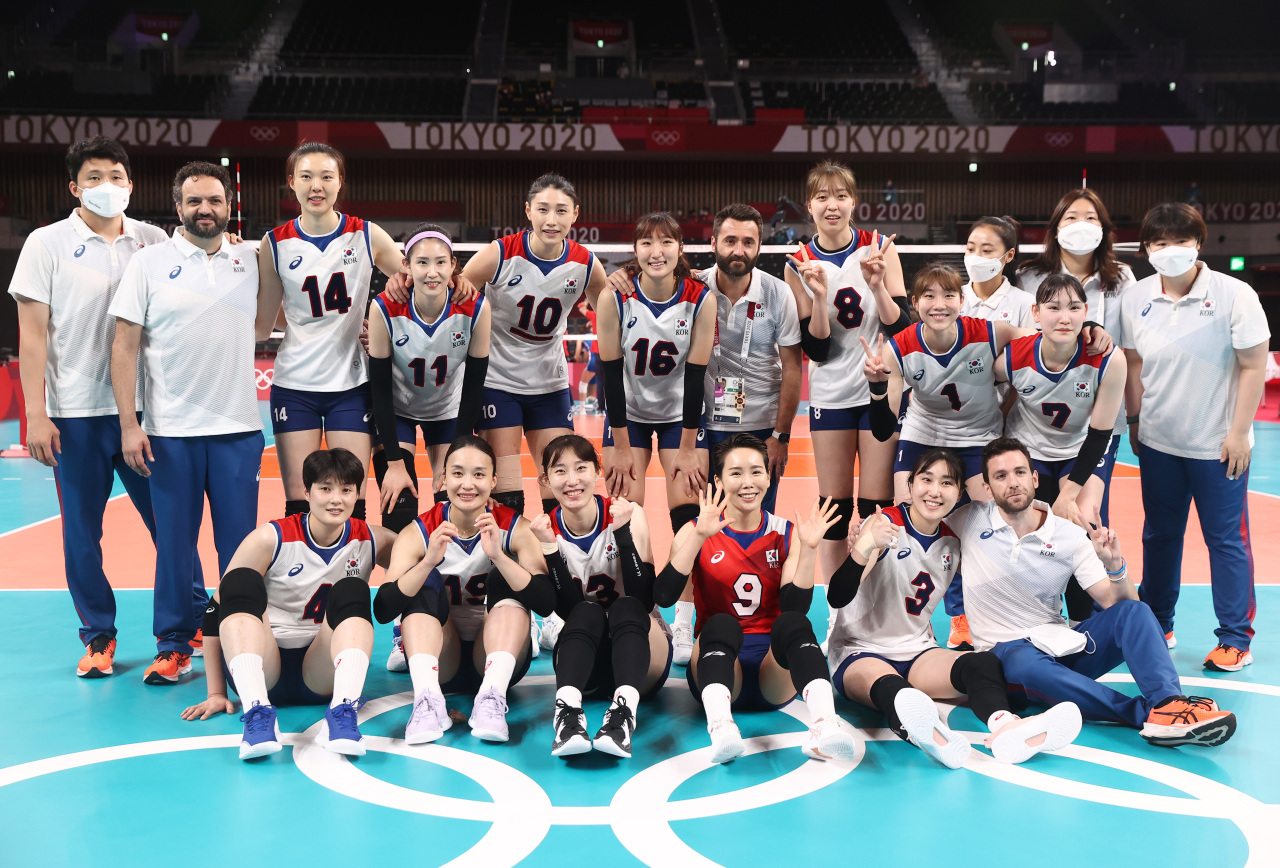 The country didn't pick up any medal Sunday, the final day of competitions. The women's volleyball team had South Korea's last opportunity for a medal but lost to Serbia in the bronze medal match by 3-0 (25-18, 25-15, 25-15) at Ariake Arena in Tokyo.

Ranked 12th in the world and not considered a medal threat, South Korea made a valiant run to the semifinals here. With captain Kim Yeon-koung leading the attack, South Korea upset Turkey in the quarterfinals, before losing to Brazil in the semis and then to Serbia, the 2016 silver medal-winning team, with the bronze at stake.

Kim, 33, announced her retirement from international play soon after the conclusion of the match.

In the only other event involving South Korean athletes Sunday, Shim Jung-sub finished in 49th place in the men's marathon. The race took place in the northern city of Sapporo, having been relocated from Tokyo to protect runners against punishing summer conditions in the Japanese capital.

Oh Joo-han, a Kenyan-born runner naturalized as a Korean, pulled up at about the 15km point due to a thigh injury.