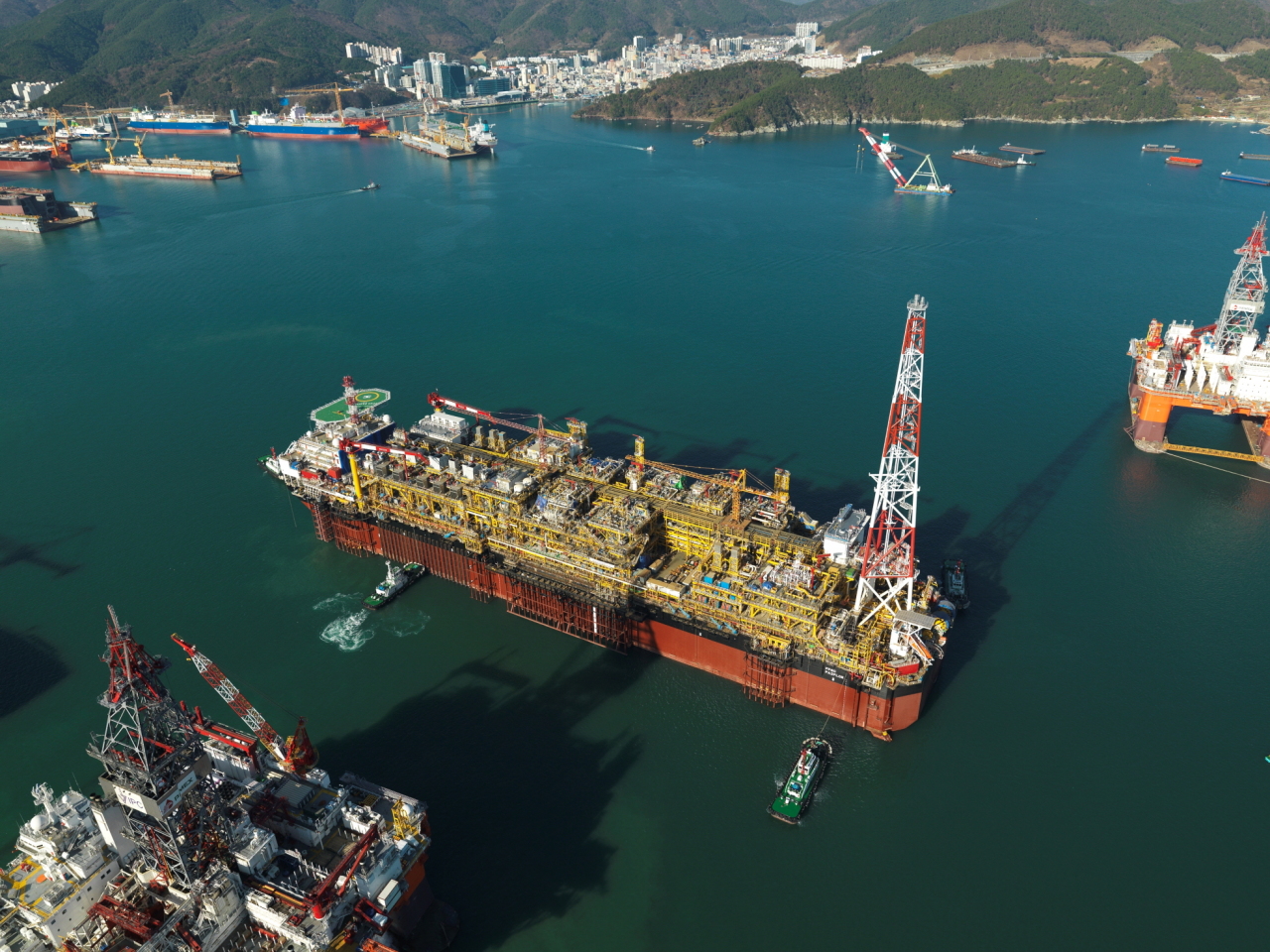 The company obtained the order from Brazil’s largest energy firm, the state-owned Petrobras, to construct a floating production storage and offloading vessel, or FPSO, jointly with Italian oil services group Saipem. Of the total 2.6 trillion won ($2.33 billion) order, the Korean shipbuilder will account for around 1.09 trillion won.

The last time that DSME scored a trillion won unit megadeal was in 2014, when it won an order worth around 3 trillion won to build an offshore oil production facility.

The new FPSO will be able to produce around 180,000 barrels of crude oil and 7.2 million cubic meters of natural gas per day, and store 2 million barrels of crude oil. Slated to be completed by the second half of 2024, the facility will depart Geoje for Buzios Field, one of the world’s largest ultra-deepwater oil fields located some 230 kilometers off the coast of Rio de Janeiro.

“Through this latest order, we have once again proven our experience and advanced technology in offshore facility construction,” said a DSME official.

“We also expect additional orders in the near future as the crude oil production facility market is likely to rebound on the back of a global oil price uptrend.”

The Korean shipbuilder has won orders worth $3.72 billion so far this year, achieving 48.3 percent of its yearly target of $7.7 billion.