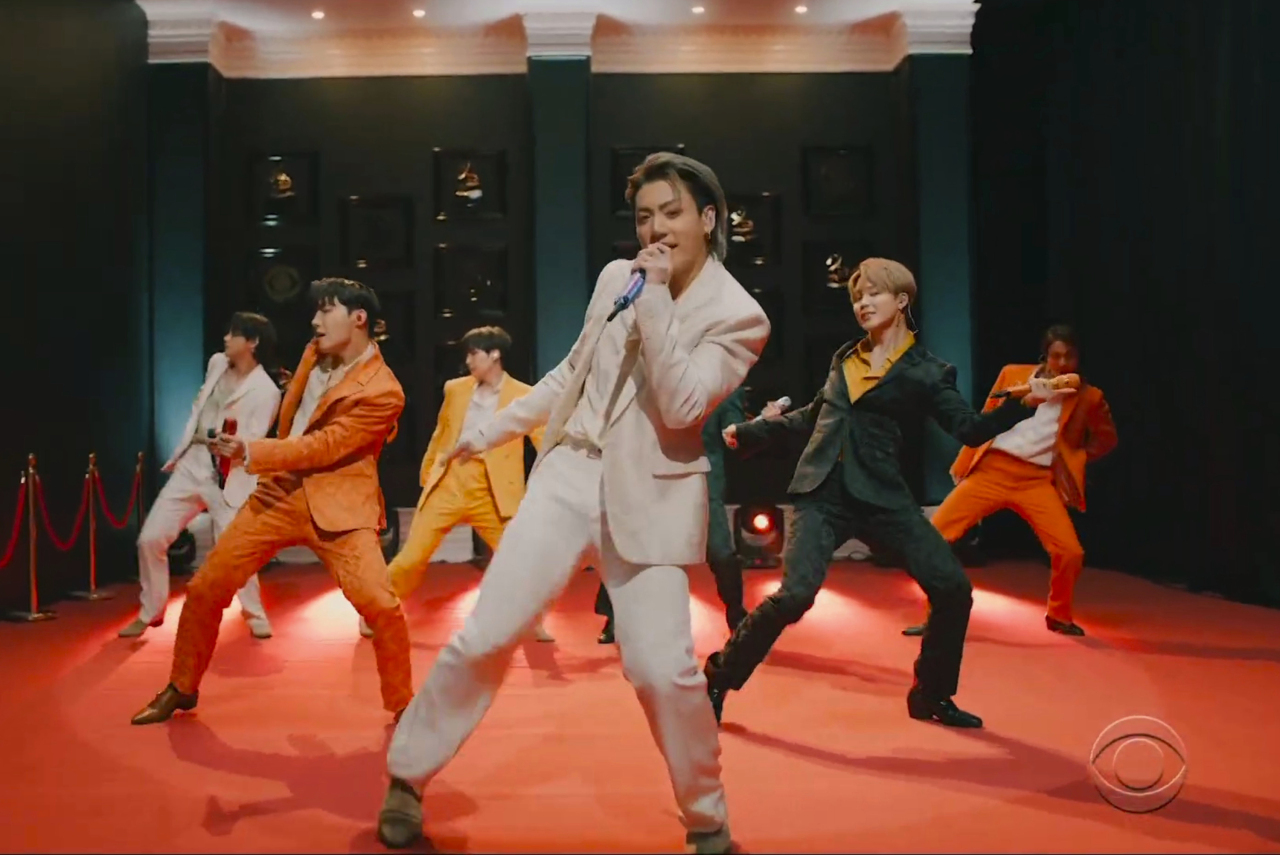 According to Korea Exchange, HYBE’s shares were traded at the price of 271,000 won ($242) per share at 2:08 pm Wednesday, up more than 4 percent from a previous close and extending its rising streak to a fifth day after the announcement of the surprise move. HYBE is traded on the bourse as Big Hit Entertainment, the company’s name before its rebranding.

It was the strongest value for HYBE’s stocks in some five months since its stock market debut on Oct. 15. On the first day of trading, the stock peaked at 351,000 won to close at 258,000 won.

With both HYBE and Ithaca Holdings owning multiple labels including Big Hit Music, SB Projects and Source Music, to name a few, they boast some of the biggest names in pop music including BTS, Ariana Grande and Justin Bieber.

In a video released on Monday, chairman and CEO of HYBE Bang Si-kyuk said his company’s continued growth was achieved by “facing head-on new challenges” such as the recent reorganization of the company’s corporate identity and structure.

“We are so happy to see so many artists that we cherish and love become a part of this family. It feels like the world is getting more connected and even smaller,” RM of BTS said.

In a report on Monday, Ahn Jin-ah, an analyst at eBEST Investment & Securities, said the stock price for the South Korean entertainment behemoth could reach 502,000 won per share.

Describing the acquisition as an event with a “national-level impact,” Ahn said it marks the first time South Korea was behind the wheel in exporting its culture and business to a G7 country and overturning the power dynamics.

“During the coronavirus pandemic, securing a lineup of influential artists who can go on world tours as much as possible is important,” she said.

“HYBE’s share in the global music market could grow more rapidly than expected if it manages to expand indirect sales from fan platforms during the pandemic and then go on a tour with top-tier artists at home and abroad after the pandemic is over.”