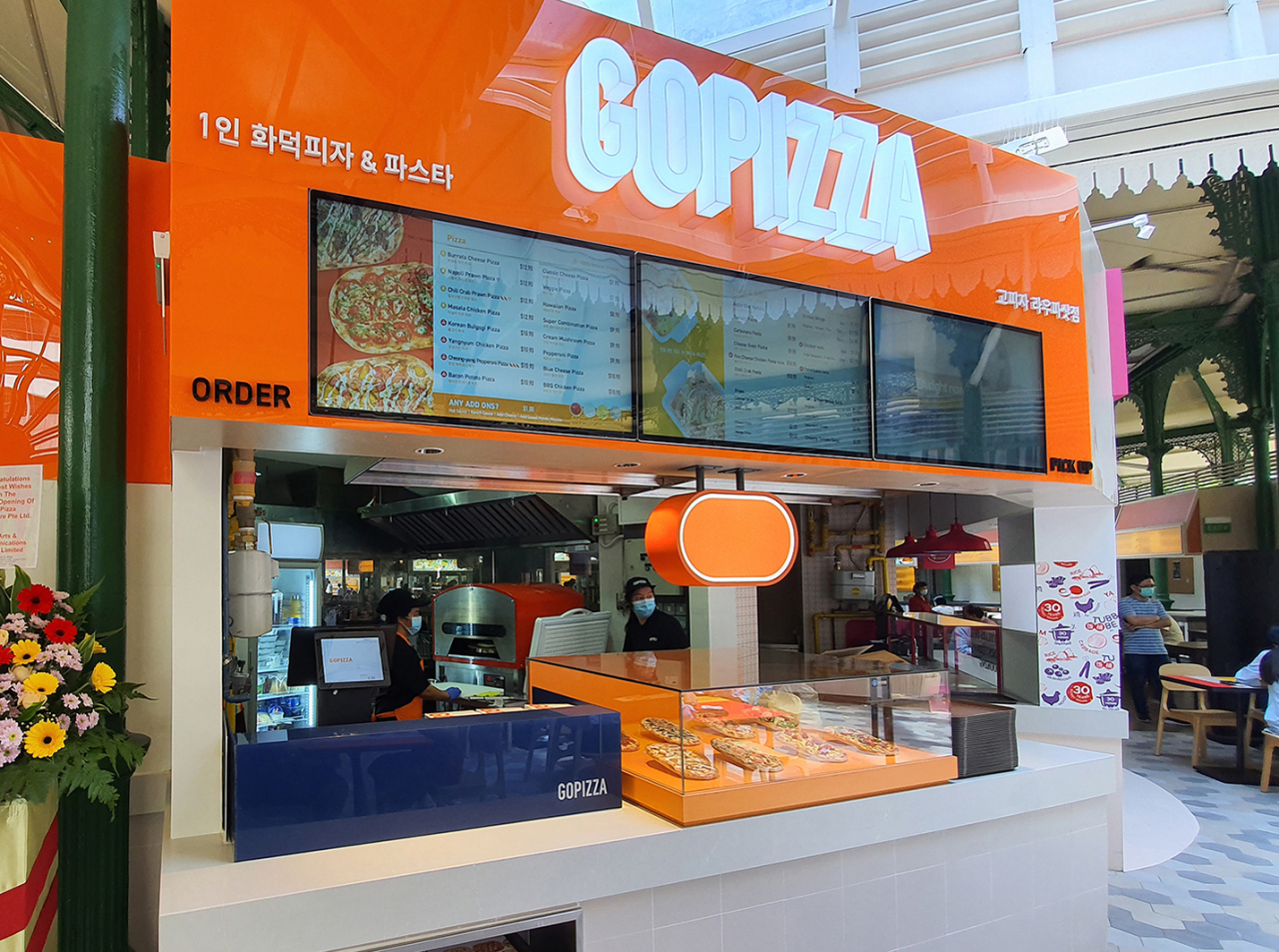 Gopizza outlet in Lau Pa Sat in Singapore. (Gopizza)
Gopizza, a Korean pizza franchise specializing in single servings, saw sales break past SG$100,000 ($75,000) in Singapore in December, eight months after its first launch in the country, the company said Thursday.

The pizza franchise tapped into the Singaporean market in April 2020, and has been seeing its monthly sales rise steadily, with an increase rate of 20 percent in average following the opening of new outlets, the company said.

With December sales of SG$110,000, Gopizza attributed its popularity to the rising interest in Korea-derived food, as the pizza maker offers not only conventional ingredients such as pepperoni, but also toppings such as Korean-style fried chicken and bulgogi (seasoned beef barbecue).

The sales growth has also come from the increased number of outlets in the country -- there are now four -- and the countrywide delivery service, in addition to eased social distancing measures.

In February, Gopizza will open its 100th outlet worldwide in Suntec City, the largest mixed-use shopping mall in Singapore, the pizza maker said.

“Despite the COVID-19 situation, Gopizza is seeing steady growth in monthly sales, and found the competitiveness in the global market as a Korean food brand,” the founder and chief executive officer Lim Jae-won said.

“In the first half of this year, we will open new outlets in Singapore, India and Hong Kong, and expand investment in the Southeast Asian market.”