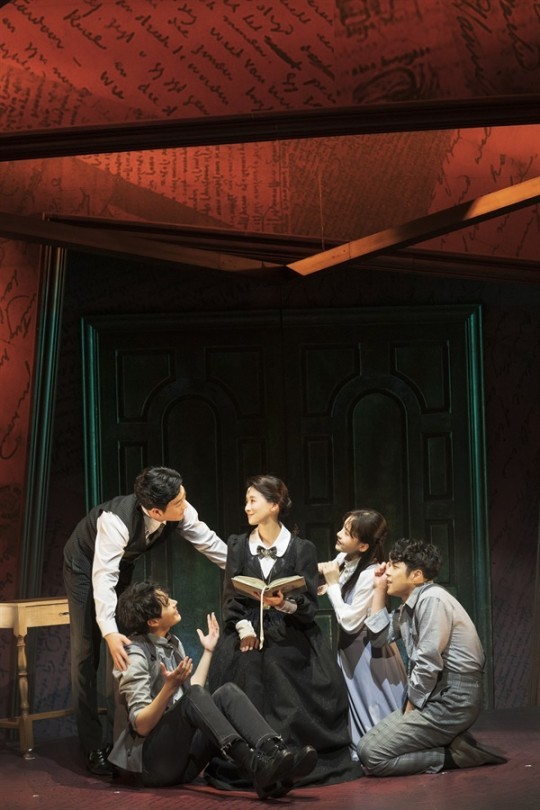 The story is loosely based on Australian novelist P. L. Travers’ “Mary Poppins” series, which has been made into numerous films.

However, different from other films or drama adaptations, the musical is set in 1926 Germany, amid the impending rise of Nazism. Mary Poppins is given a new name, Mary Schmit, and looks after four children.

The family’s house is on fire and Mary rescues all the children, while the adoptive father of the children is killed. The children are sent to different foster families and Mary goes missing.

Some 12 years later, the eldest child, who is an alcoholic lawyer, is given a notebook by the detective who was in charge of investigating the fire at the house.

The Korean-language musical premiered in 2012 and has sold an average of 80 percent of its seats every season. It has also been performed in Shanghai and Beijing from 2018.

“Black Mary Poppins” is being staged at Daehangno TOM theater in central Seoul until Dec. 31. Tickets are priced between 44,000 won and 66,000 won. The show runs from Tuesday to Sunday.