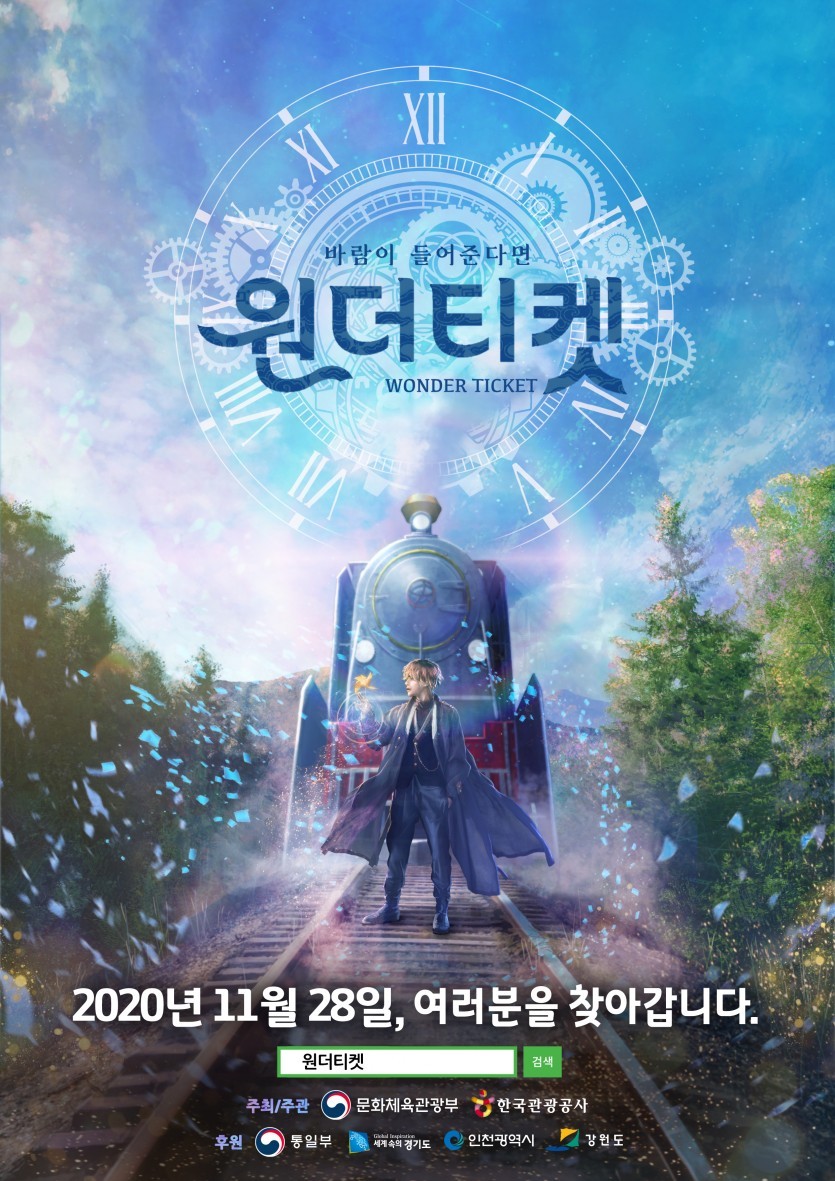 Poster image for “Wonder Ticket” (KTO)
A new high-tech musical is to promote “peace travel” in the Demilitarized Zone between the two Koreas, according to the Korea Tourism Organization.

“Wonder Ticket,” organized by the KTO, will stream online from Nov. 28 to Dec. 31, promoting the travel industry in the DMZ.

The story of the musical takes off at an abandoned steam locomotive -- which currently sits at Jangdan Station in Imjingak, located on the banks of Imjin River in Paju, Gyeonggi Province.

The train used to run along the Korean Peninsula from south to north. Following the division of the peninsula, the train service stopped.

Rock star Yoon Do-hyun stars in the show as Pungbaek.

The show was to be held as an in-person event for two weeks at Imjingak, about an hour’s drive northwest of Seoul. However, as the COVID-19 situation here has been worsening, it will be streamed without in-person audiences.

Though it is no longer an in-person event, the musical will feature the latest information and communications technology, allowing the audiences at home to watch the show as if they were at the scene. It will be recorded at the outdoor stage at Pyeonghwa Nuri Park in the Imjingak area.

The show will involve a supersized LED screen, projection mapping, real-time 3D engine and tracking sensors for augmented reality visual effects. Audiences can use their mobile phones to try out the AR features of the show, such as taking photos with the cast.

The musical will be available via Naver TV, Naver V Live and YouTube. To reach a wide range of audiences, it will air on TV on SBS and Arirang TV and stream via over-the-top platform Tving on Dec. 5.

For more information, check the official website at www.dmzfesta.or.kr.