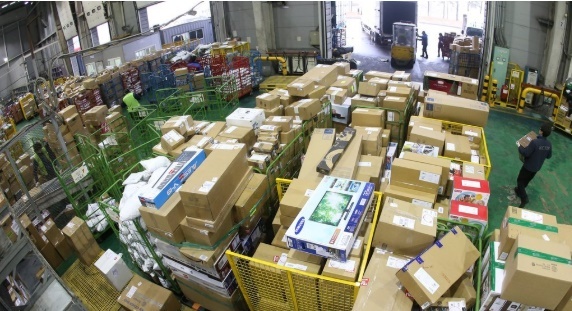 (Yonhap)
Audio equipment has topped the overseas online shopping list among South Korean shoppers who recently purchased electronics. In tandem with such a rise, the number of complaints over the shopping experience has grown, a survey showed Friday.

The Korea Consumer Agency said that its survey revealed audio equipment such as wireless earphones, headphones and speakers was the most popular electronics category to be ordered online from another country. PCs and PC peripherals came second.

The survey was conducted online in July with a sample of 1,000 consumers who had purchased electronics overseas through online retailers in the last year.

When broken down by country, the US came out on top with over 59 percent of respondents having ordered sound equipment from the country, followed by China and Japan, which accounted for 43.9 percent and 11.1 percent of shoppers, respectively.

When asked why, most shoppers said it is cheaper to buy online from overseas, while others said some products are hard to get hold of here and more options are available abroad.

The agency also said, however, that over 5,000 complaints were filed between 2017 and 2019 in relation to the purchase of electronics from overseas e-commerce platforms.

The number of complaints over the overseas online shopping experience grew steadily over the three years, from 1,102 in 2017 to 2,184 last year.

Among the complaints, those who used a shopping concierge service, which purchase items in other countries on behalf of consumers, were filed most.

When it comes to the content of the complaints, however, a lack of customer service and faulty products as well as issues related to order cancellations and refunds were most common.

Against this backdrop, the KCA said it will monitor the situation and advise open market shop operators to provide sufficient information to consumers.