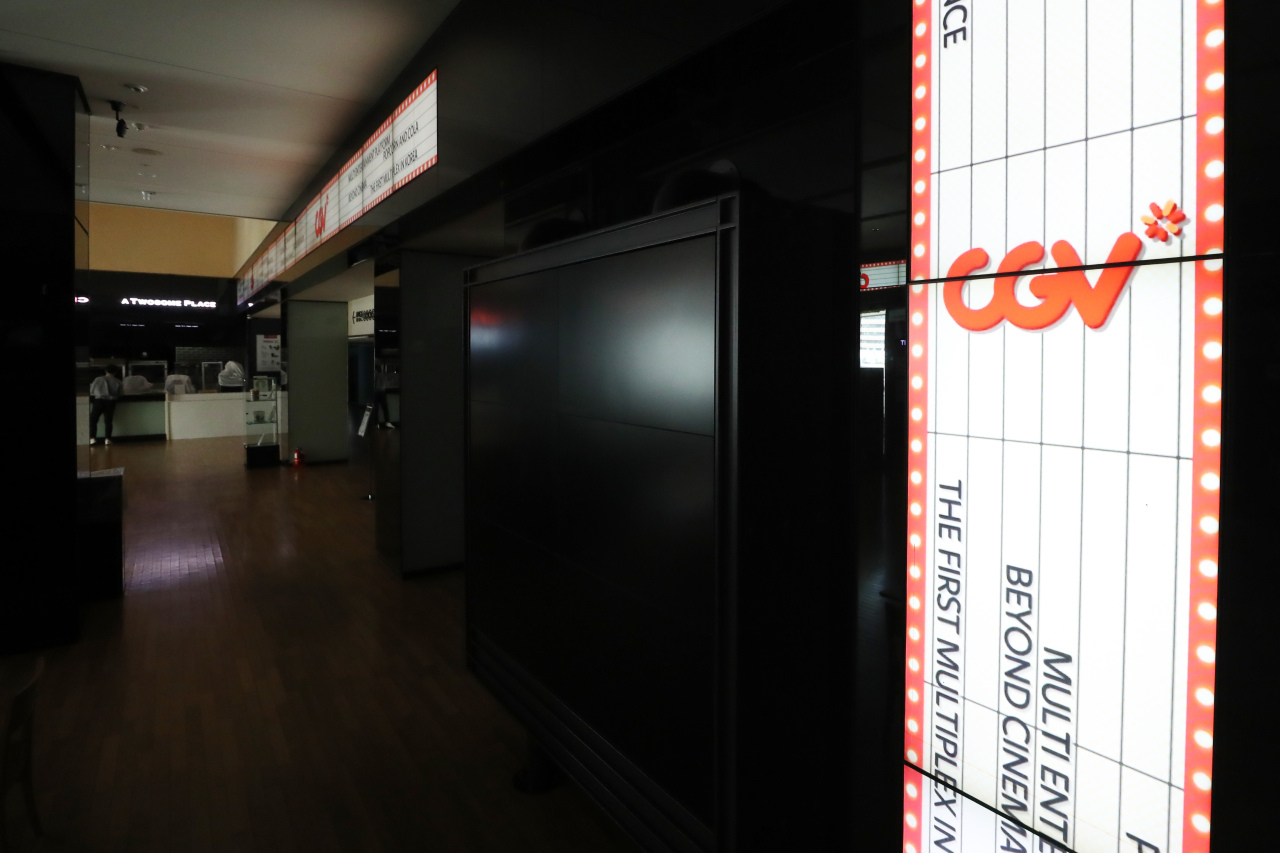 CGV theater (Yonhap)
Multiplex cinema chain CGV announced Thursday that it would close seven of its branches, including the Daehangno location in Seoul, due to the financial burden of COVID-19.

The announcement came just three days after CGV decided to reduce the number of branches by 30 percent due to COVID-19 losses on Monday. The company announced that 35-40 branches of the current 119 branches will close within three years.

“As COVID-19 continues, we have unfortunately decided to stop operation of some branches to overcome difficulties,” said CGV on Thursday.

However, the Seoul International Pride Film Festival will be held at CGV Myeongdong Station Cine Library as planned from Nov. 5-11.

CGV previous announced on Sunday that it will also increase ticket prices by 1,000 won ($0.88) and 2,000 won at most of its branches from Monday.

CGV had already shut down its Incheon Airport branch on Sept. 1.

Meanwhile, the number of cinemagoers tallied 2.99 million for the month of September, according to the Korean Film Council. That was 79.7 percent lower than the same month last year and an all-time low for September since data collection began in 2004.