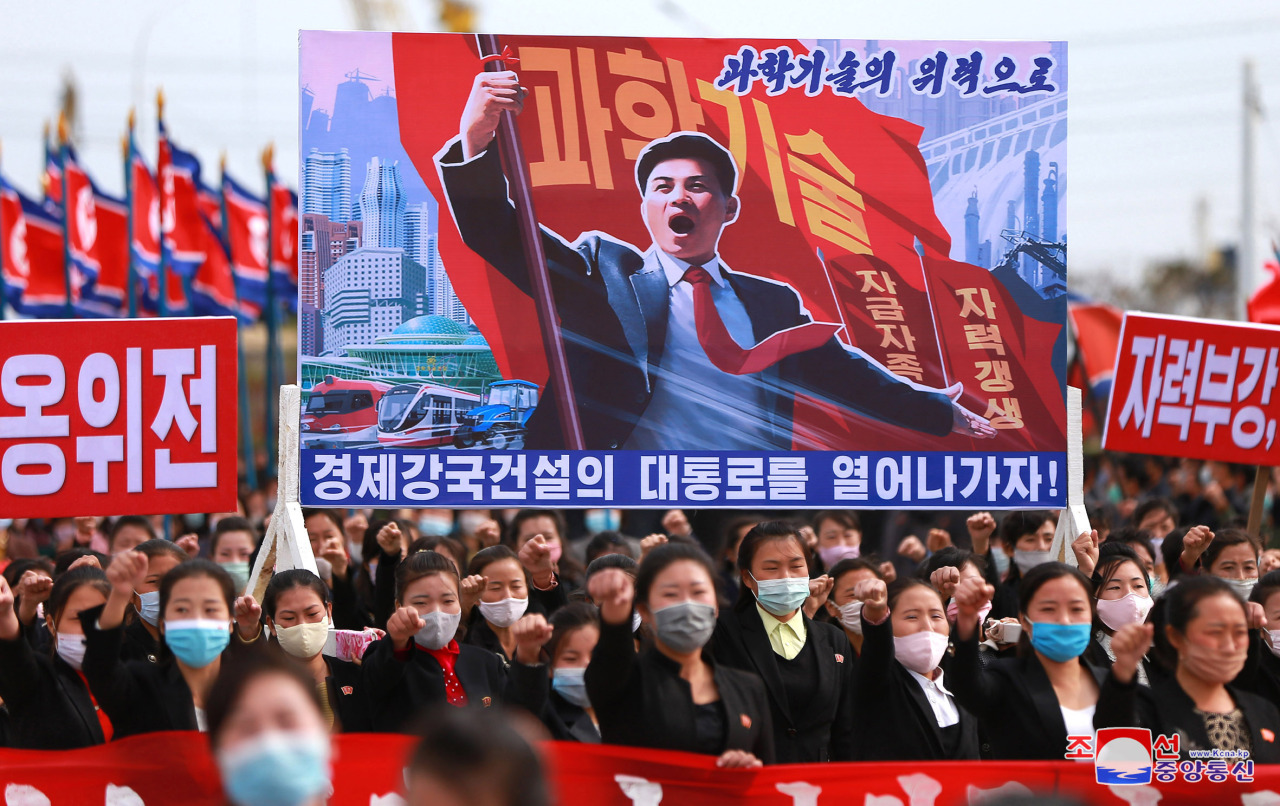 Image released by the Korean Central News Agency shows North Korean citizens announcing their resolve for the '80-day battle.' (KCNA-Yonhap)
North Korea said on Friday it has embarked on an "80-day battle" to see progress in recovery from COVID-19, floods and typhoons, as well as better economy.

The Rodong Sinmun, the official newspaper of the North Korean Workers’ Party, said in an editorial that the country "cannot successfully seize the extensive and pressing goals ahead of us by the year-end with the usual level of supervision and working attitude."

"(We) must robustly fight on to achieve a glorious triumph in the 80-day battle," the newspaper said, stressing the importance of self-rehabilitation and science and technology.

The Rodong said the country must "root out" dependence on others and imported goods, and make use of its own raw materials and resources, while deepening research to resolve the technological issues raised in emergency disease control.

Despite suffering floods and typhoons in addition to the coronavirus this year, North Korea has refused help from the international community which was offered several times.

The goals of the "80-day battle" include bolstering the national emergency disease control project; completing post-disaster restoration work by the year-end; wrapping up this year’s harvest and preparing for next year; implementing as much as possible the five-year national economic development strategy and what is on the government‘s major construction plan for this year.

Due to the triple whammy this year, North Korea failed to complete building the Pyongyang General Hospital and an urban development project in Samjiyon, a former northern county near Mount Baekdu which was made a city last year.

The North’s Workers’ Party politburo decided in its meeting early last month to begin the "80-day battle" after the military parade and other events to celebrate the 75th anniversary of party’s founding.

Minju Choson, a mouthpiece of the North Korean Cabinet, has also urged North Koreans to join the national campaign.

Rallies and "debate" sessions are being held across the country to promote the government’s drive.