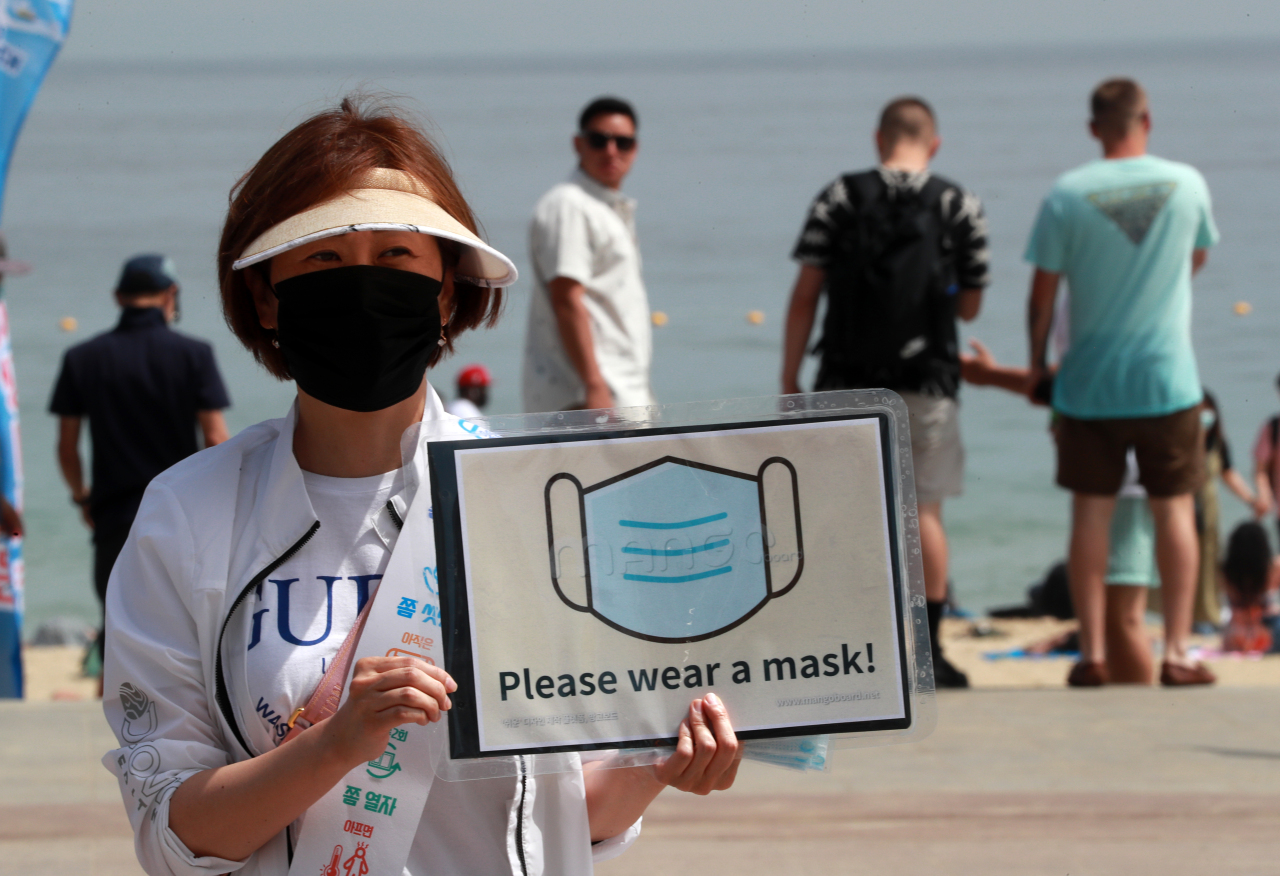 (Yonhap)
BUSAN -- Dozens of foreigners presumed to be American citizens or soldiers created disturbances by setting off firecrackers at a renowned beach in Busan on Saturday night apparently in celebration of Independence Day in the United States, resulting in the brief detention of a soldier, police said Monday.

The foreigners shot numerous rounds of firecrackers into the sky and even towards citizens for two hours, beginning around 7 p.m., on and around Haeundae Beach in the southern port city in an apparent Fourth of July party, according to the Busan Metropolitan Police Agency.

Police received more than 70 reports of complaints from Busan citizens concerned about wild and dangerous acts by foreign people not wearing face masks particularly amid the ongoing social distancing campaign to stem the spread of the coronavirus outbreak. 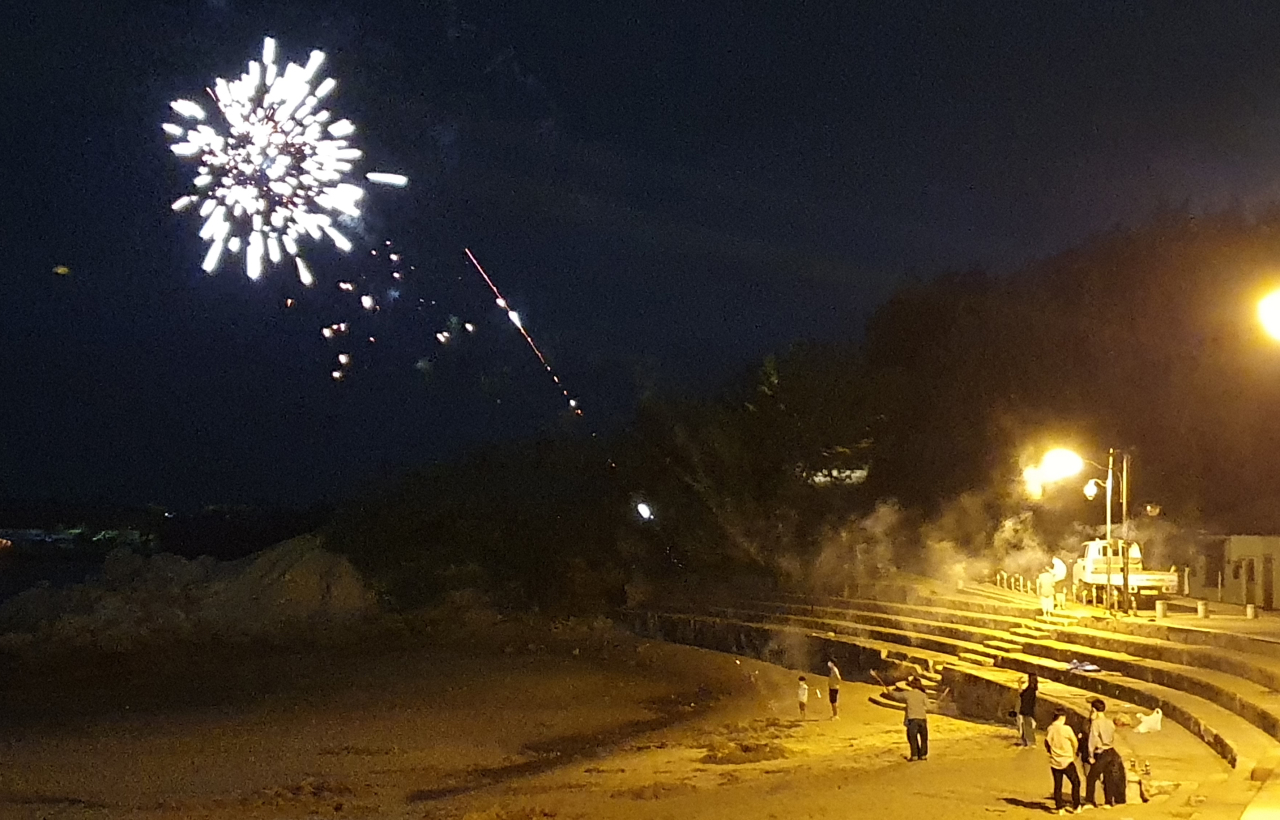 (Yonhap)
The foreigners were accused of shooting firecrackers towards citizens, as well as at nearby buildings, and mocking the police. They were known to be United States Forces Korea soldiers stationed in Osan in Gyeonggi Province, Daegu and other areas who came to Busan to enjoy a four-day vacation from Friday in time for the Fourth of July, according to police and municipal officials on Monday.

Indeed, six patrol cars and one team of police officers came to the scene of disturbances and attempted to disperse the foreigners, but some of them continued to set off firecrackers. In the process, one US soldier in his 20s was briefly detained while fleeing after shooting firecrackers at citizens.

The previous night, citizens also reported to police that some foreigners set off firecrackers from the window of a high-rise residence building on Haeundae Beach.

Faced with growing complaints from residents and tourists, police and the municipality of Busan sent 200 officials to the beach on Sunday to crack down on the use of firecrackers. Officials say the act of setting off firecrackers on a public beach can be punished by a fine of 50,000 won ($42).

Haeundae and other beaches across South Korea formally opened for the summer holiday season last Wednesday, obliging vacationers to comply with strict COVID-19-related disinfection and social distancing rules, including maintaining two-meters distance between parasols and tents, avoiding physical contact with others and wearing a face mask when not in the water.

Busan officials said many foreigners have visited Haeundae Beach since its formal opening, but most of them have failed to abide by the quarantine guidelines.

"As the past weekend coincided with the American Independence Day, acts of disorder became much worse. The municipality has implemented crackdowns on the use of firecrackers due to enormous complaints from residents and tourists over noise and the smell of gunpowder," a Busan official said. (Yonhap)