[Weekender] How to raise W100m by 30: Millennial investment strategies

Defying YOLO image, some millennials start investing in their 20s 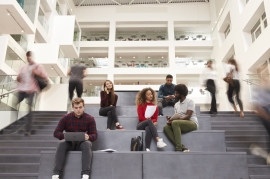 It’s not a fancy car or a Louis Vuitton bag that Joung Hye-dan, a 27-year-old former nurse in Seoul, is interested in.

Once called a big spender by college friends, she transferred nearly 80 percent of her monthly income from her former job into 10 separate bank and investment accounts. She has now diversified her personal financial portfolio from regular deposits to peer-to-peer investing, profiting by 1.2 million won ($980) so far.

“I started my nursing career at 23 and retired early, but it doesn’t mean I don’t want to work. My goal is to save 100 million won before I turn 30,” said Joung, who has co-authored a finance management book titled “Financial Technology of People Born in the 1990s.”

Joung is one of a growing number of 20-somethings in South Korea seeking ways to pursue quality and financially independent lives before they turn 30.

She has no regular job for now, but makes a living through part-time investments. Free from a structured work culture, she is content with her life.

“Since I do not work for any organization, I want to make money through freelance jobs like part-time tutoring as well as expanding savings through investments,” she said.

In a recent joint survey released by Job Korea and Albamon, about 75 percent of workers in their 20s said they saved money last year, 15 percent higher than that of respondents in their 30s with 63 percent and 40s with 60 percent.

A housing subscription account that qualifies one to buy newly constructed apartments in installments was the most common investment product, with 67 percent last year, according to a report conducted by the Hana Institute of Finance. The ratio surpassed that of people in their 30s with 62 percent for the first time in five years.

Along with deposit and housing subscription accounts, high-interest installment savings accounts are widely preferred by millennials when parking money amid a low interest rate environment.

Earlier, over half the 1.3 million subscribers of KEB Hana Bank’s installment savings product, which offers up to 5.01 percent interest payments per year, were in their 20s and 30s, said Park Hyun-min, a public relations manager at KEB Hana Bank.

To supplement savings, some millennials even become “N job” seekers, referring to office workers who have several side jobs.

“Basically I buy a bunch of Starbucks mobile vouchers for 50 percent less and resell them for twice the price on the second-hand market.”

After savings, millennials are focused on investments ranging from stable real estate to risky financial products.

According to the Korea Appraisal Board, the number of homebuyers in their 20s grew steadily in the fourth quarter of 2019, up from 2,406 in October to 3,814 in December.

Millennials have also been a growing consumer base in “high risk and high return” financial packages such as derivative-linked funds structured to trail the performance of underlying assets, such as stocks or equity indexes.

“Like me, there are many young investors in their late 20s and early 30s pouring a great sum of their money into DLFs,” said Lee So-young who invested savings of 600 million won into DLF products of KEB Hana Bank.

Experts say “financial independence,” a state of early retirement from the
office, is one of the driving forces behind an increase in millennials’ savings and investments.

“Unlike the past when a full-time job at a company was almost like a social standard, the younger generation prefers to make money through diverse and even irregular jobs,” said Lee Ju-hee, a sociology professor at Ewha Womans University.

“At the same time, concerns over economic uncertainties such as low growth or job stability lead them to double their savings through risky financial products.”