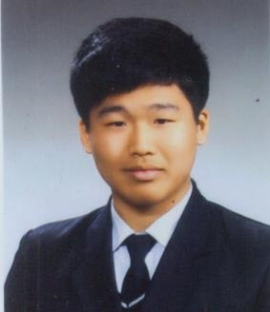 The suspect who was arrested for selling videos of sex acts involving minors via Telegram chat rooms was a volunteer at an orphanage and managing editor of a college newspaper, who once wrote on how schools should respond to sex crimes, it was revealed Tuesday.

The identity of 24-year-old Cho Ju-bin, the main suspect who ignited a public uproar here, was made public by police. On the encrypted messaging app Telegram, he went by the nickname “doctor.”

The National Policy Agency, in its response to a petition urging the full disclosure of alleged 260,000 users of Cho’s chat rooms, vowed a thorough investigation into his actions as well as “all accomplices, including assistants, video producers and those who possessed and distributed videos of sexual exploitation.”

Cho is accused of tricking at least 74 people, including 16 minors, into sending nude pictures and blackmailing them. He is accused of distributing the contents on several different Telegram chat rooms with some 260,000 users and received payments in cryptocurrencies.

Since his arrest last week, a total of 124 people tied to the digital sex crime have been apprehended with 18 arrested.

According to multiple reports, he volunteered at an orphanage in Incheon on weekends from October 2017 until very recently. He was even featured in a news article published by an online media outlet last November.

“I started volunteer work after completing my compulsory military service. I wanted to help others because I received help from many people,” Cho was quoted as saying in the article.

The time frame of his volunteer activity overlaps with the alleged sexual exploitation and assaults, and distribution of sexually oriented videos on the secret messaging app. Police suspect he began operating chat rooms on the platform in late 2018 and continued until his recent arrest.

Cho majored in communication and information at a college in Incheon from 2014 to 2018, writing articles and columns for the school newspaper and eventually became managing editor.

During his high school years Cho was active online and responded to some 500 questions posted on South Korea’s largest portal operator, Naver.

In a 2013 response to a post by a writer whose uncle had sexually molested his older sister, Cho advised, “Tell your parents. Sexual assault happens frequently between relatives. Always be vigilant.”

Amid the explosion of public anger over the case, the Seoul Metropolitan Police Agency disclosed Cho’s full name, age and photo on Tuesday.

The police probe is widely expected to expand to tens of thousands of users who accessed illegal videos on Telegram. Some users had paid up to 1.5 million won.

According to police chief Min Gap-ryong, the agency is to work in coordination with law enforcement agencies overseas to prevent similar crimes on Telegram and other encrypted messaging platforms such as Discord.

Lawmakers are coalescing around the passage of legislations to prevent online sex crimes of similar nature.

Ruling Democratic Party Floor Leader Lee In-young said three legislations designed to prevent the recurrence of such a sex crime will be passed before the 20th National Assembly ends in May.

Lee was referring to proposals made by 18 ruling party lawmakers earlier in the week to punish those who blackmail others using content of a sexual nature under the Special Intimidation of the Criminal Act and to punish service operators that fail to take appropriate action regarding content distributed against the victim’s intent.

He went on to say the identity of “nth chatroom” users should be made public and that “our society has been too lenient of sexual crimes. We should use the case to deep clean illegal sexual content in our society.”

Meanwhile, prosecutors sought three and a half years in prison for 38-year-old former operator of the “nth chatroom” surnamed Jeon, also known by his nickname “Watchman,” was also accused of sexual exploitation and making and distributing illegal content, authorities said.

Police are on the lookout for the alleged creator of the “nth chatroom” known by his Telegram nickname “gat gat”.