The report issued by the Korea Meteorological Administration said the nation's average annual temperature was 13.5 C, the second-highest figure since relevant record keeping began in 1973. 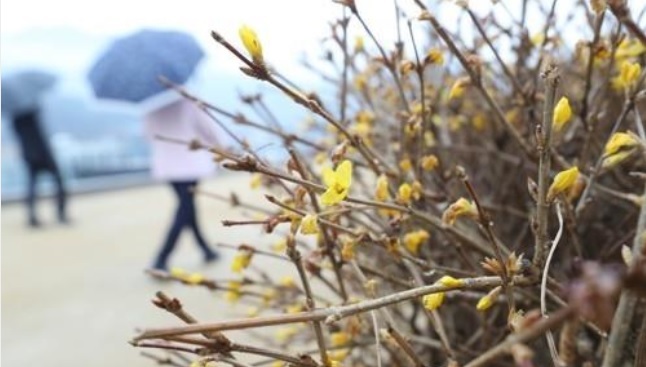 The report explained that last year's summer heat wave was not more severe than the previous year but that average monthly temperatures were 1.1 C to 1.6 C above the 30-year average in all months, except April, June and July, when the weather was frequently affected by cold air from the north.

"In 2019, the world's average temperature was also the second-highest on record after 2016. It is likely that the rising temperatures in our nation were also affected by the global warming," said the report.

It added that the Korean Peninsula was hit by a record-tying seven typhoons last year and received less precipitation.

The average annual cumulative precipitation across the country was 1,171.8 millimeters, compared with the 30-year average of 1,207.6 to 1,446 mm. Notably, a record 169 mm of rain was recorded in October, whereas January saw a mere 8.1 mm in precipitation, the fifth-smallest amount on record.

"The increase in the number of typhoons was due to rising sea surface temperatures, while decreased snow was a result of the weakening of Siberian high pressure. It can be said that both phenomena may have been affected by global warming, though there may be differences in severity," said the KMA report.

Indeed, the weakening of Siberian high pressure resulted in a steep fall in snow in January and December last year.

There was no snow recorded in Seoul in January, nor in Incheon, Daejeon, Pohang, Daegu and Jeonju in December. (Yonhap)