Korean documentary ‘In the Absence’ nominated for Oscar

The 92nd Academy Awards on Monday named “In the Absence,” directed by Yi Seung-Jun and produced by Gary Byung-Seok Kam, as a nominee for best documentary (short subject).

The category comprises released nonfiction motion pictures with a running time of 40 minutes or less, including all credits. 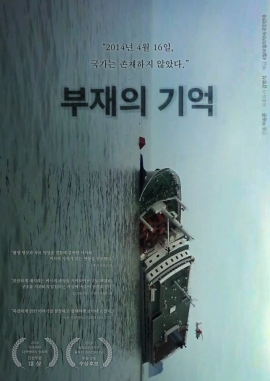 Poster of Korean documentary film “In the Absence”

Along with Bong Joon-ho’s “Parasite,” which earned six nominations for the upcoming Academy Awards, “In the Absence” has become one of the first South Korean-made films to make it to the final nominees’ list of the Oscars.

The documentary film centers on a ferry sinking incident on April 16, 2014, that killed more than 300 people, with most of them high school students.

Instead of dealing with who is responsible for the tragedy and the cause, the 26-minute film focuses on showing what happened on the day, featuring clips of the site, phone calls made at the time and questions about the absence of government authorities.

In 2018, the film won the grand jury prize at DOC NYC, the largest documentary film festival in the US.

Four other short documentary films -- “Walk Run Cha-Cha,” “St. Louis Superman,” “Life Overtakes Me” and “Learning to Skateboard in a Warzone”-- are also competing for an Oscar in the best documentary (short subject) category.

The 92nd Oscars ceremony will take place at the Dolby Theatre in Hollywood, Los Angeles, on Feb. 9.

Yi, 49, majored in Asian history at Seoul National University and started his career as a film director in 2002 with a 26-minute documentary film “Breathing, in a Wasteland” about an old lady farming in a redevelopment area in Seoul.