The event, organized by the Korean Culture Association, was held at the Olympic Parktel in southeastern Seoul with the aim of improving intercultural and global awareness. It was attended by some 100 students aspiring to pursue a career in diplomacy and international affairs. 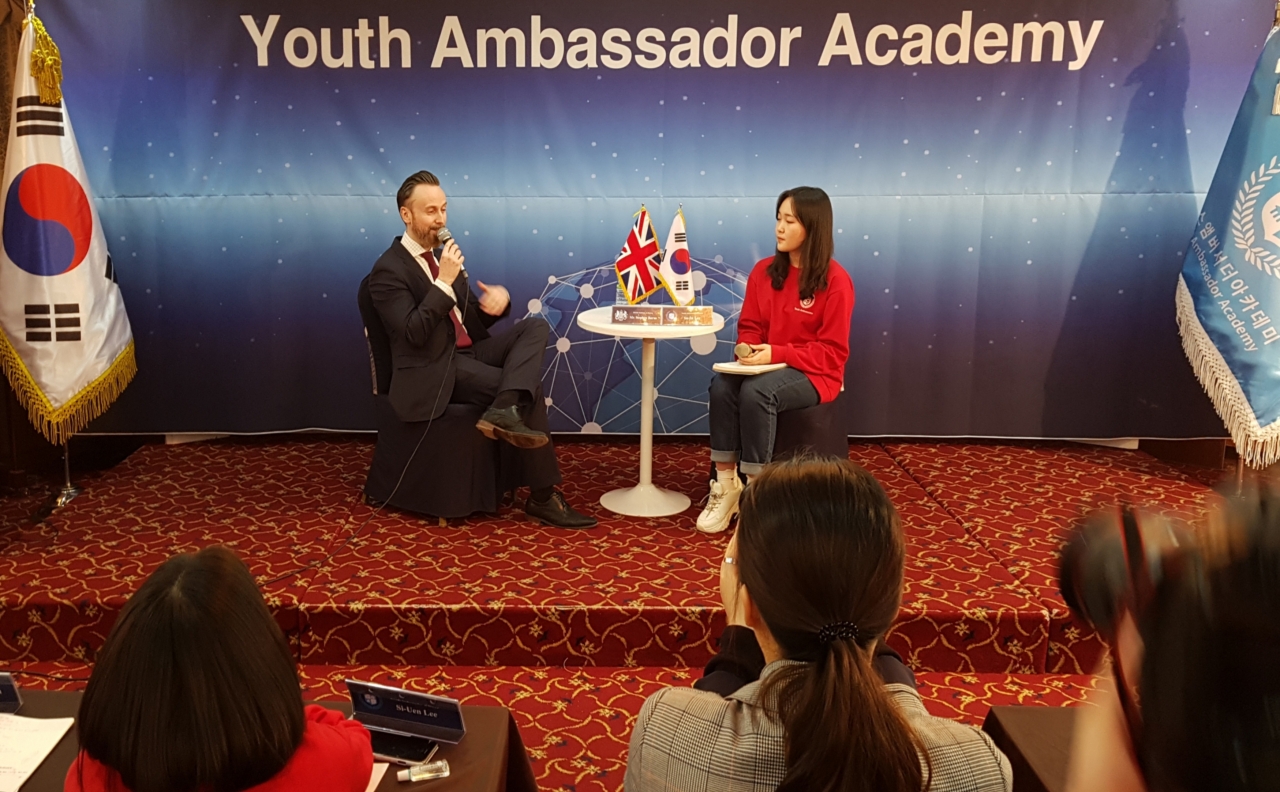 Stephen Burns (left), head of media and public affairs at the British Embassy in Seoul, speaks at the annual 2020 Youth Ambassador Camp organized by Korean Culture Association in southeastern Seoul on Friday. (British Embassy in Korea)
Representing the embassy this year was Stephen Burns, the embassy’s head of media and public affairs.

“It was particularly reassuring to see so many of them obviously engaging with issues around the environment. As I told them, the upcoming COP26 in Glasgow couldn’t be more important for their futures,” said Burns.

“All countries will have to significantly upgrade the commitments they made in Paris in 2015, if we’re to avoid catastrophic climate change in our lifetime.”