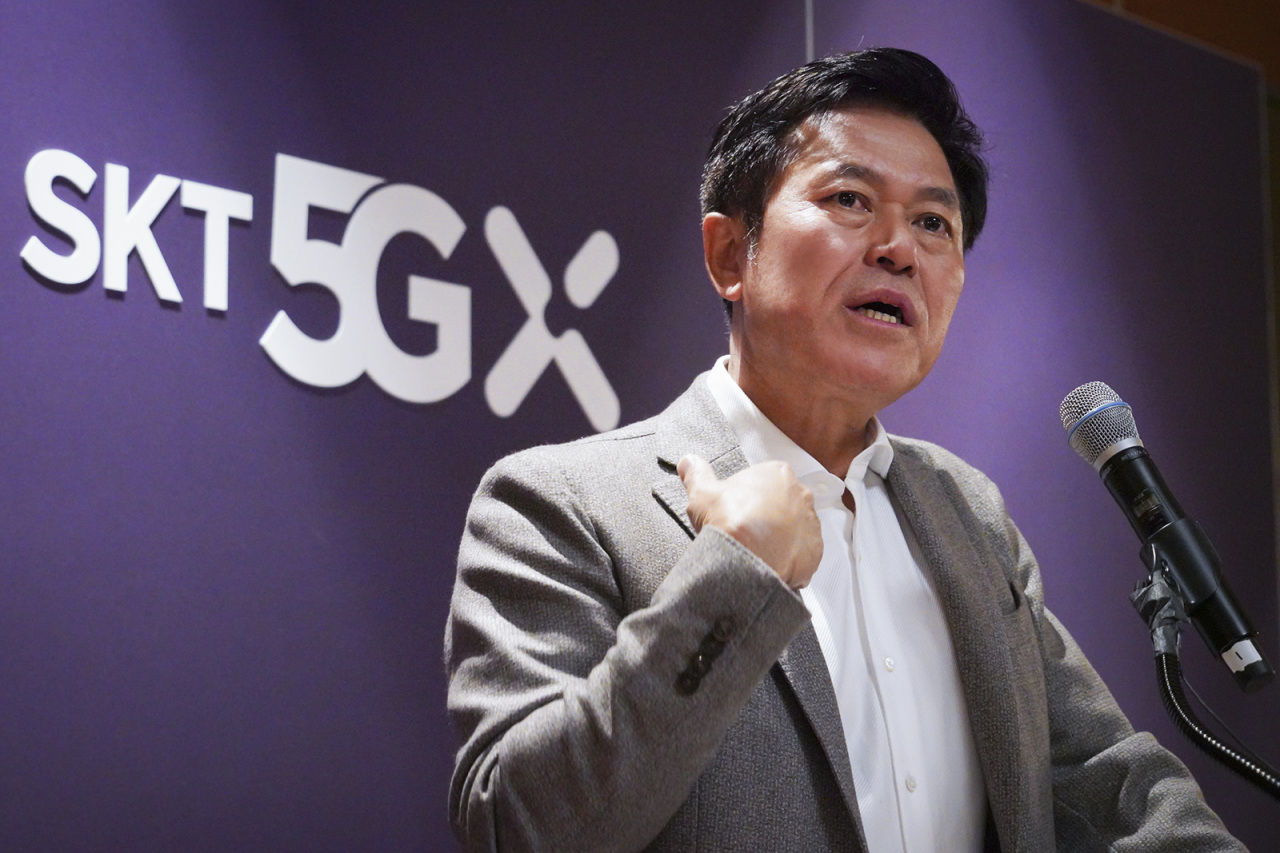 According to Park, the company is targeting initial public offerings for some of its affiliates in the near future. If possible, a name change could also be considered.

The mobile carrier aims to expand its cooperation in the field of artificial intelligence with local and global businesses like Samsung Electronics and Amazon, he added.

“I think we have several subsidiaries that can grow further, separately from SKT,” Park said.

The IPOs could be launched by the end of this year at the earliest, or could take another year or two. If several IPOs are completed in the future, SKT will function as a holding company of SK Group, Park said.

He also hinted at the possibility of changing the corporate name to incorporate comprehensive information communications and technologies businesses, with something like SK Hyperconnector.

“It is not just about changing the corporate name but also bringing changes in every spectrum,” he said.

The company is facing numerous challenges to change its business profile due to the rapidly changing technological trends. It is in the middle of seeking new business opportunities as its sales from the mobile network business is expected to go down from the current 60 percent to around 50 percent.

Park said that SKT will work much closer with Samsung Electronics on AI, the industry in which foreign companies have the upper hand. The two companies hope to jointly invest resources into developing AI technology, while keeping their own platforms.

He added that the company will also strengthen ties with other local ICT-based companies, like Kakao. SKT last year sold 300 billion won ($260 million) of its shares to Kakao, which issued new stocks to the telecom firm.

SKT is expected to initiate new cooperation with global players as well. It has been in talks with Microsoft, Amazon, Deutsche Telekom and Sinclair to expand its businesses since last year.

The company will soon launch cloud services that utilize 5G network and mobile edge computing technologies, according to Park.