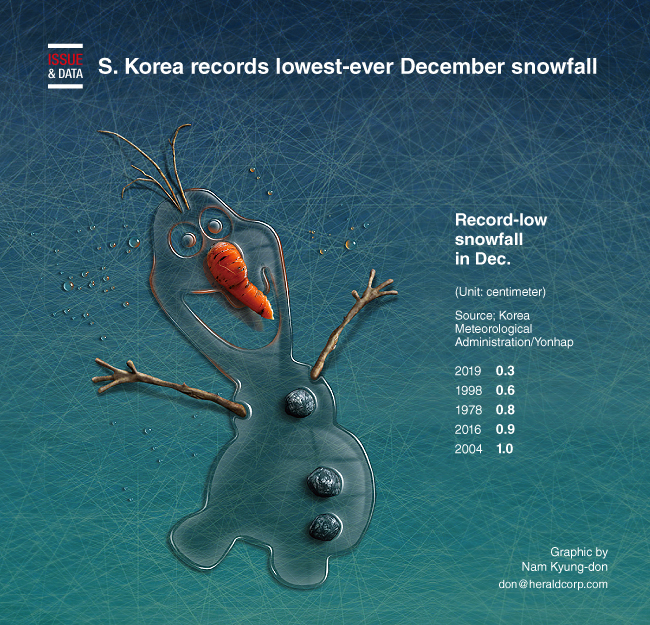 Last month, South Korea saw its lowest monthly snowfall on record for December, amid relatively warm weather, according to the meteorological agency.

The amount of snowfall reached 3 millimeters in December 2019, the lowest since weather authorities began to compile December data, the Korea Meteorological Administration said.

The previous record-low snowfall was 5 millimeters in December 1998. The data was compiled by measuring the depth of the most accumulated snow over the past 24 hours. (Yonhap)