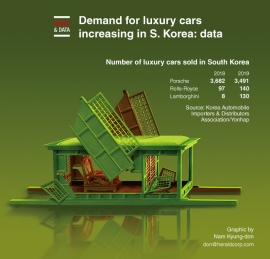 The demand for luxury cars in South Korea increased sharply in 2019 from a year prior, data showed, despite the overall decrease in sales of imported cars here.