Al Harthy started his term here in 2010 and currently serves key roles as the dean of the diplomatic corps and the president of the Korea-Arab Society. 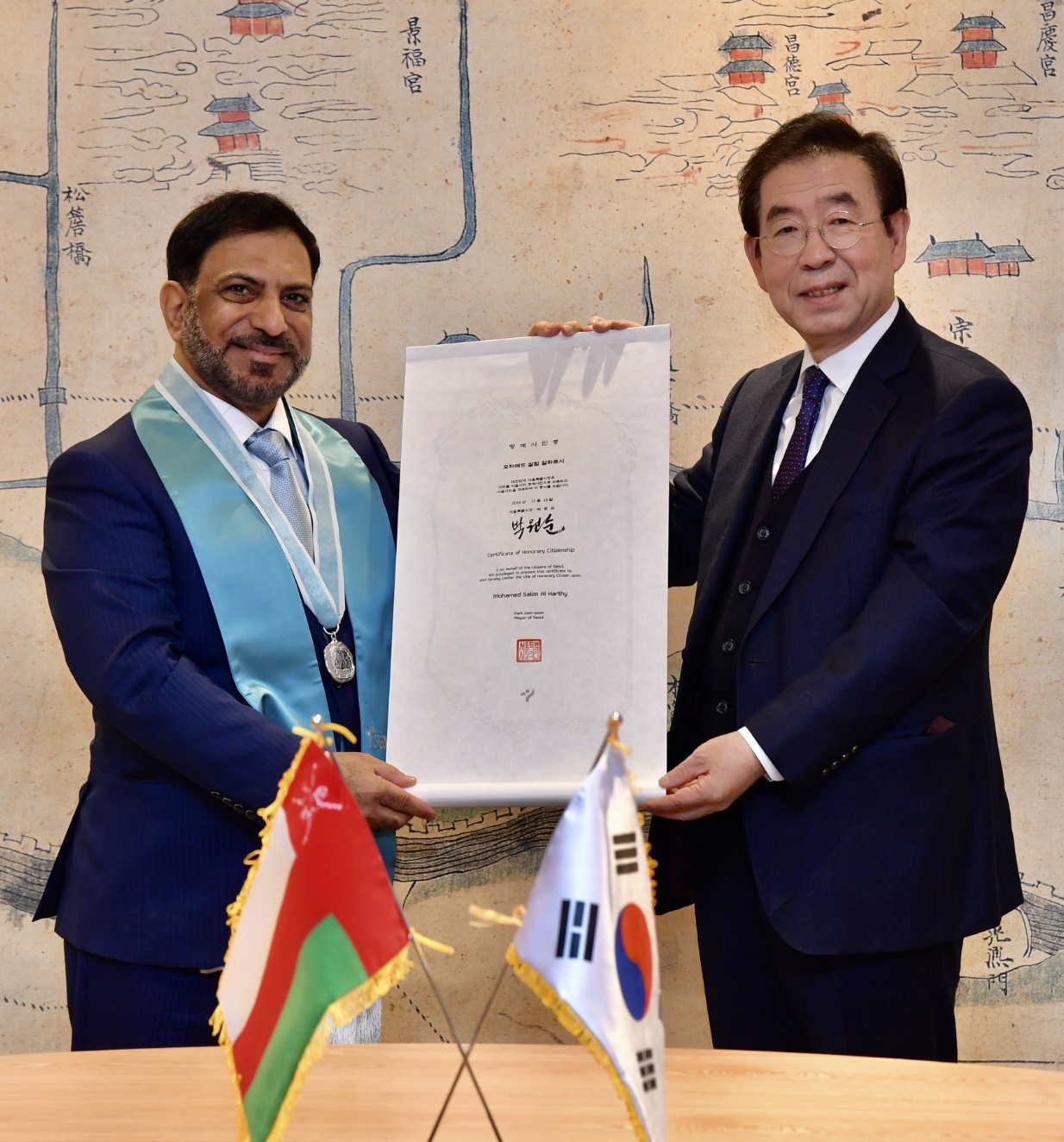 Omani Ambassador to South Korea Mohamed Al Harthy (left) receives honorary Seoul citizenship delivered by Seoul Mayor Park Won-soon at Seoul City Hall on Dec. 13. (Omani Embassy in Seoul)
“Ambassador Al Harthy is known to have strong interest in Korean culture. He has made efforts in public diplomacy through a series of cultural, artistic events and promotional lectures by the Embassy of the Sultanate of Oman in Seoul and Korean institutions, diplomatic corps and the Korea-Arab Society. These activities have contributed to strengthening Korea’s relations on a bilateral level with Oman and with the Arab region and the world,” the embassy said in a statement.

The citizenship was presented by Seoul Mayor Park Won-soon on Dec. 13 and the ceremony was attended by officials of the Seoul Metropolitan Government.

Al Harthy emphasized mutual efforts to strengthen relations between the two countries and vowed to continue efforts to deepen cooperation here and in Oman.

At the ceremony, Park also delivered a model map of the ancient city of Seoul that was reciprocated by a khanjar, an ancient Omani curved dagger, used during official occasions alongside a collection of Omani books to display in the Seoul Library.