[Herald Interview] ‘Transformation’ to be keyword for 2020s leadership

Different forms of leadership have shaped nations and companies for centuries.

And for the coming decade, “transformation” would be the keyword for leadership, Eugene Kim, the managing partner of leadership advisory firm Egon Zehnder’s Seoul office told The Korea Herald in an interview earlier this month.

“The ability to generate profit is no longer the key skill that companies expect from their leaders -- it’s the ability to define and bring about transformation,” Kim said.

“There are new firms and unexpected competitors constantly entering the market, which is why transformation and change is important,” he added. 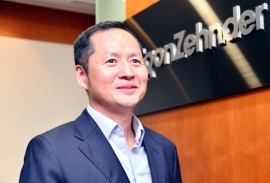 To highlight the importance of “transformation” in leadership, Kim mentioned both the pros and cons of the traditional Korean leadership style -- often described as hierarchical and paternalistic -- and still deeply imbedded in the nation’s work culture.

“The key strength of the traditional South Korean leadership is that if the owner desires, the decision-making process and related investments are carried out in an extremely swift manner,” he said.

“In contrast, several overseas-based global firms have to convince their board members and have to write and present business cases, which complicates and slows down the process.”

But South Korean firms rely too much on their owners, Kim noted, which often cripples the employees’ ability to make their own decisions.

“The problem is that the employees have never had to make key decisions on their own.”

“This undermines one’s ability to influence and cooperate with the team. They have operated on someone’s orders, but never had to deal with the responsibility that comes with the decision-making.”

According to Kim, this is the reason why 9 out of 10 South Koreans struggle when they work at overseas firms at a manager or management level.

“Many Koreans still put in extra work on nights and weekends when they are ordered to do so. It’s often different for global firms operating overseas. Leaders have to convince their employees and bring about collaboration, which remains a foreign concept here,” Kim explained.

A leader’s ability to communicate, convince and bring about cooperation, is also crucial when dealing with the new generation of employees here in their 20s and 30s as well, he said.

“If they feel the work is inappropriate or unjust, they will simply refuse to work, which is why I believe the traditional Korean leadership style will cease to work in the future.”

While Kim chose “transformation” as the keyword for the 2020s, the term has worked as a game-changer and core value for the past decade for the current head of states around the world.

“US President Donald Trump, Chinese leader Xi Jinping and Japanese Prime Minister Shinzo Abe were either elected by the public seeking change or actually brought transformation to their countries as a leader – whether it is negative or positive,” Kim said.

Abe’s economic approach and policies dubbed “Abenomics” -- based on monetary easing, fiscal stimulus and structural reforms -- helped him win his second term and Xi brought fast economic growth to China after he took office in 2013.

Unlike the previous two counterparts, Trump has yet to bring a strong wave of economic transformation. But the US voters’ growing skepticism of his 2016 presidential election opponent Hillary Clinton, reflecting their desire for political change, led to the incumbent President’s win, noted Kim.

Throughout his career spanning more than a decade at Egon Zehnder, Kim has witnessed the errors of South Korean firms’ ways of choosing its leaders. 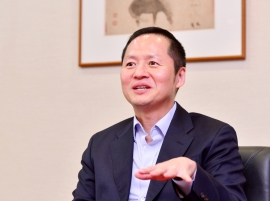 He recalled a time when a major conglomerate here was seeking a new head of human resources from a specific talent pool, which would have ended in a more satisfactory manner, if they had expanded the scope of their options.

“Years ago, a large company here was seeking a new head of human resources and only wanted someone from a specific US-based company,” he explained.

“They first asked the head of the department, which the person refused, and it continued down the line until the person who was handling labor relations accepted the offer.”

“However, the person was apparently not apt for the manager position because he was handling (labor relations) for more than 20 years, thus lacking in the experience needed,” Kim added, indicating that Korean terms tend to focus on the company they’re pulling the talent pool from, instead of the person’s actual experience.

Kim noted that the entire hiring process in Korea tend to be more rigid, citing a European executive, who after strenuous negotiation process with a Korean firm that eventually fell apart, said, “Why do Koreans never ask ‘why’ at work?”

Established in 2002, Egon Zehnder’s Seoul office has been working with South Korean companies since the early 1980s through its other branch offices in the Asia-Pacific region.