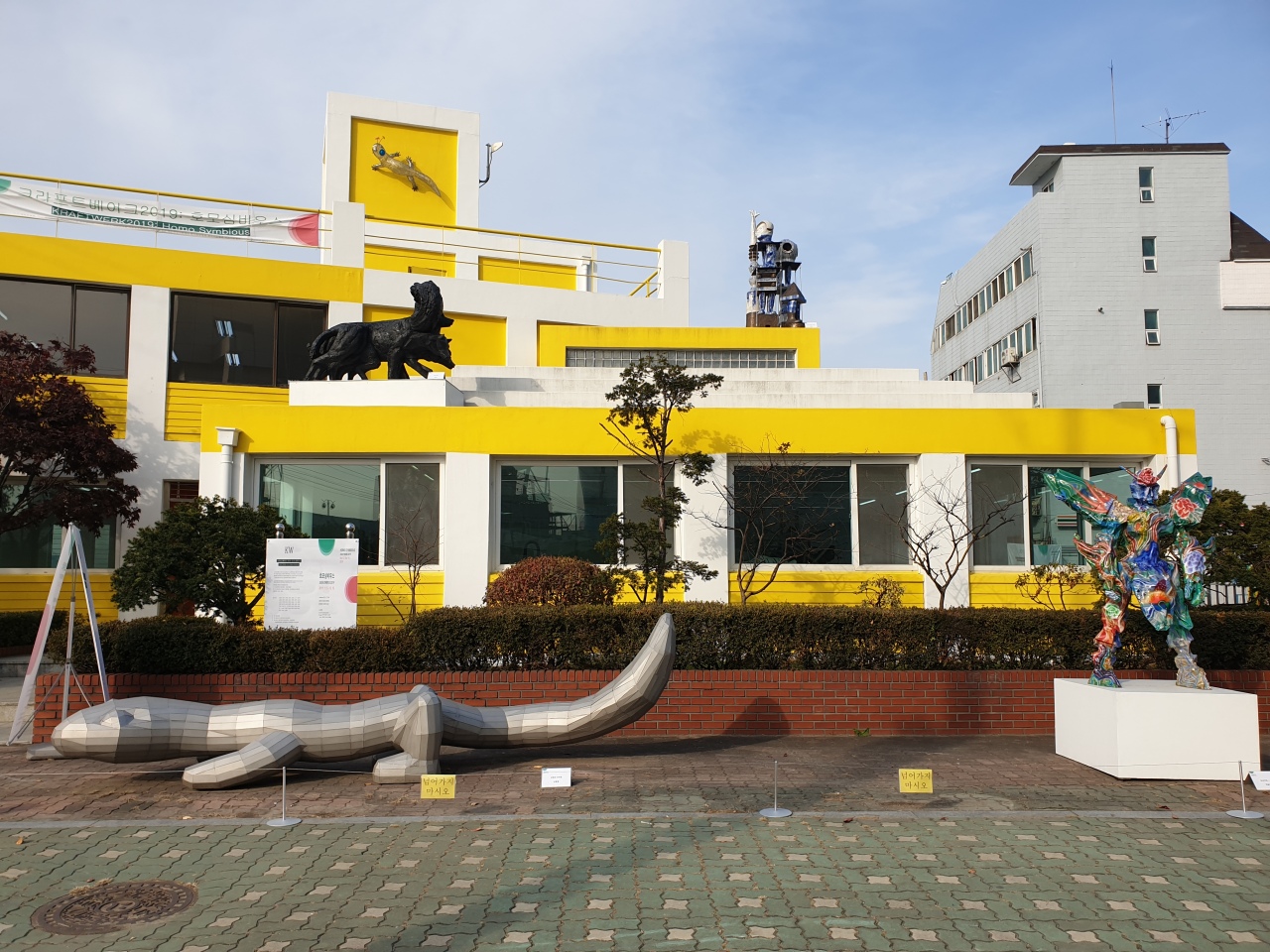 Space around Dangin-ri Power Plant in Mapo-gu, Seoul, Korea’s first-ever thermal power plant now renamed Seoul Power Plant has been turned into an exhibition space. Some of the units of the power plant, which were originally built in 1930, are currently undergoing an urban regeneration project that will transform the urban eyesore into a cultural complex consisting exhibition and performance space by 2022. There will also be a walkway leading to the wetland of the Han River.

The locations and works are all in tune with the event’s overarching theme, “Homo symbious,” a term coined by ethologist Choi Jae-cheon, according to the event organizers. In his critical assessment of “Homo sapiens,” or “wise man,” Choi proposes that individuals need to become able to build symbiotic relationship with fellow humans and all living beings on the planet.

The exhibit runs through Jan. 30.