“Korea is a very important market. Being here is not only for revenue -- this is a market that we believe is a bridge to other markets in Asia,” said Lior Dayan, CEO of Sisram Medical, Alma’s parent company, in a conference call interview with The Korea Herald. 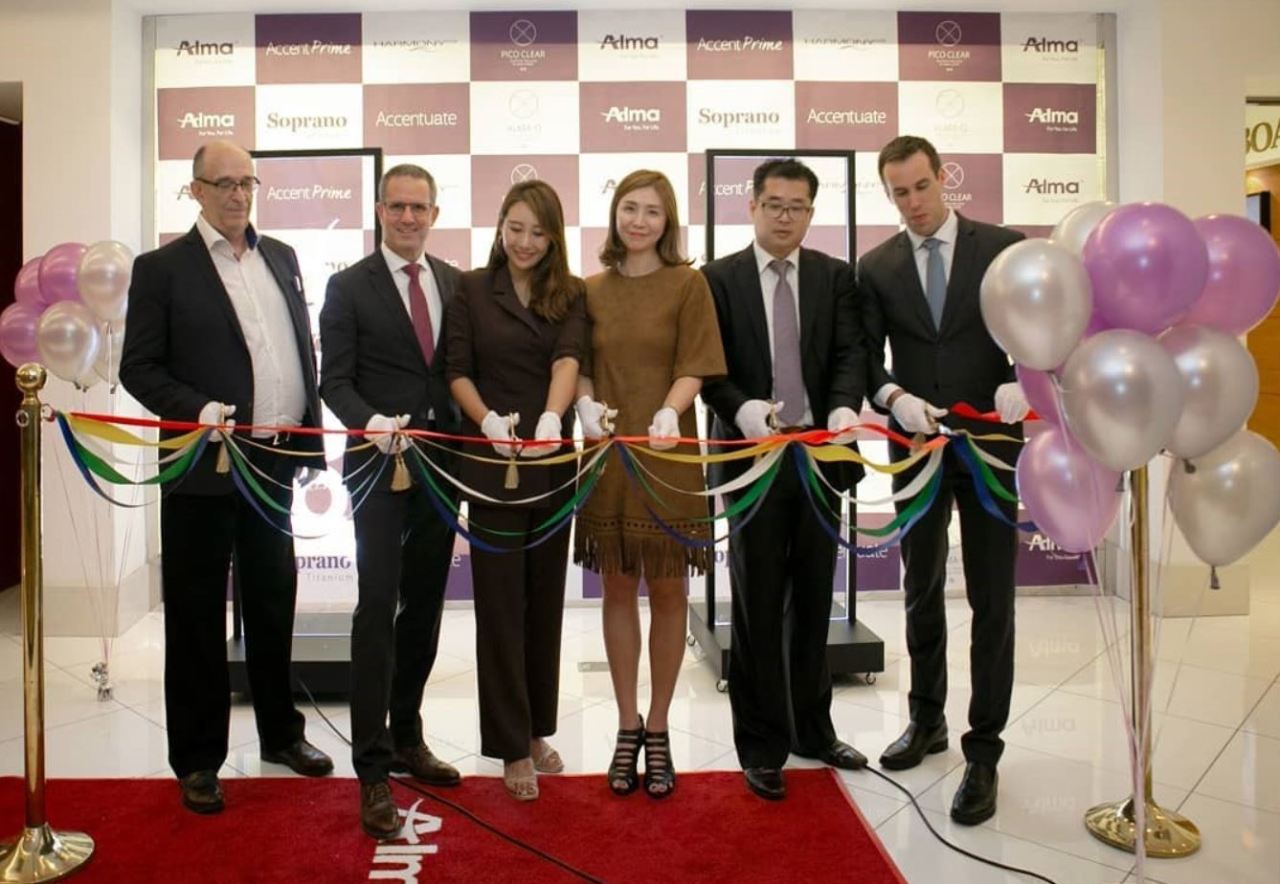 “When you look to be in Asia, the strongest and the biggest market would be China,” Dayan said. “And the Chinese view Korea as the leader in plastic surgery. The great importance would be to tap that channel.”

Alma started in 1999 as a startup in Israel. Sisram Medical, the first Israeli company to be listed on the Hong Kong stock exchange, was established in 2013 for the acquisition of Alma by China’s Fosun Pharma. It is currently one of the top five industry leaders and No. 1 in China.

Accent Prime is better known by its service name, Tune Face, and is the hottest Alma product in Korea, according to the Alma Korea office. The office declined to share specific revenue figures for Tune Face.

The opening of Alma Korea in September was a sign that Alma was gearing up for business here.

“We have very ambitious plans for Korea, both vertical and horizontal,” said Dayan.

By vertical plans, Dayan meant getting closer to customers here by having a physical office. By horizontal plans, he meant adding more technologies.

“We want to be able to address and educate our skin management technology to the local consumers and doctors,” Dayan said. “We might go even further, not under Alma but under the holding company, to open a chain that does services,” Dayan said.

Building an ecosystem for this using the methodology of the holding company, Fosun Pharma, would require five years, Dayan said.

“I would not define a target, like I want to be No. 1 in Korea. Simply being in this market is very important, because collaborating with the local university hospitals is crucial,” Dayan said.

Alma’s global competitiveness is rooted in the continuity of its research and development team. Its 55 R&D engineers have worked together for 15 years.

Dayan said with pride that Alma had grown organically, refusing to be absorbed into a bigger company such as Merck, Allergan or Valeant.

The decision to go under Fosun Pharma’s wing was an entirely different blueprint.

Ever since the 2013 acquisition, Fosun Pharma’s plan was to take Sisram Medical public within four or five years, and that plan took shape as promised. Fosun Pharma guarantees operational independence to Alma, trusting in its existing business network in 80 countries, Dayan said.

Alma aims to conduct research and development on an ongoing basis in hopes of improving people’s well-being in this era of longer life expectancies.