Medytox appoints former acting US attorney for case against Daewoong

Medytox said Wednesday that it has appointed US attorney Joon H. Kim to represent it in a lawsuit against Daewoong Pharmaceutical in the US. 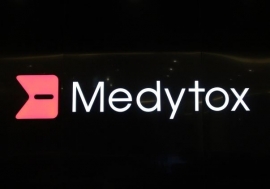 Medytox emphasized Kim’s previous role as the acting US attorney for the Southern District of New York from March 2017 to January 2018, where he held one of the highest-level positions among US prosecutors.

“That Joon Kim has decided to come on board as our legal representative means that he has faith in the validity of Medytox’s claims,” said a Medytox representative.

“We anticipate Kim to contribute to deriving a fair and righteous verdict in this case,” the representative said.

Medytox accuses Daewoong of stealing its Hall A Hyper strain botulinum toxin through a former employee who joined Daewoong.

Medytox says the “Whole Genome Sequencing” report, which reveals all the DNA information for the firms’ respective BTX strains, will settle the matter.

Daewoong has so far been reluctant to disclose this information, citing trade secrets. However, the firm will supply the report to the US International Trade Commission in October under a confidentiality agreement.