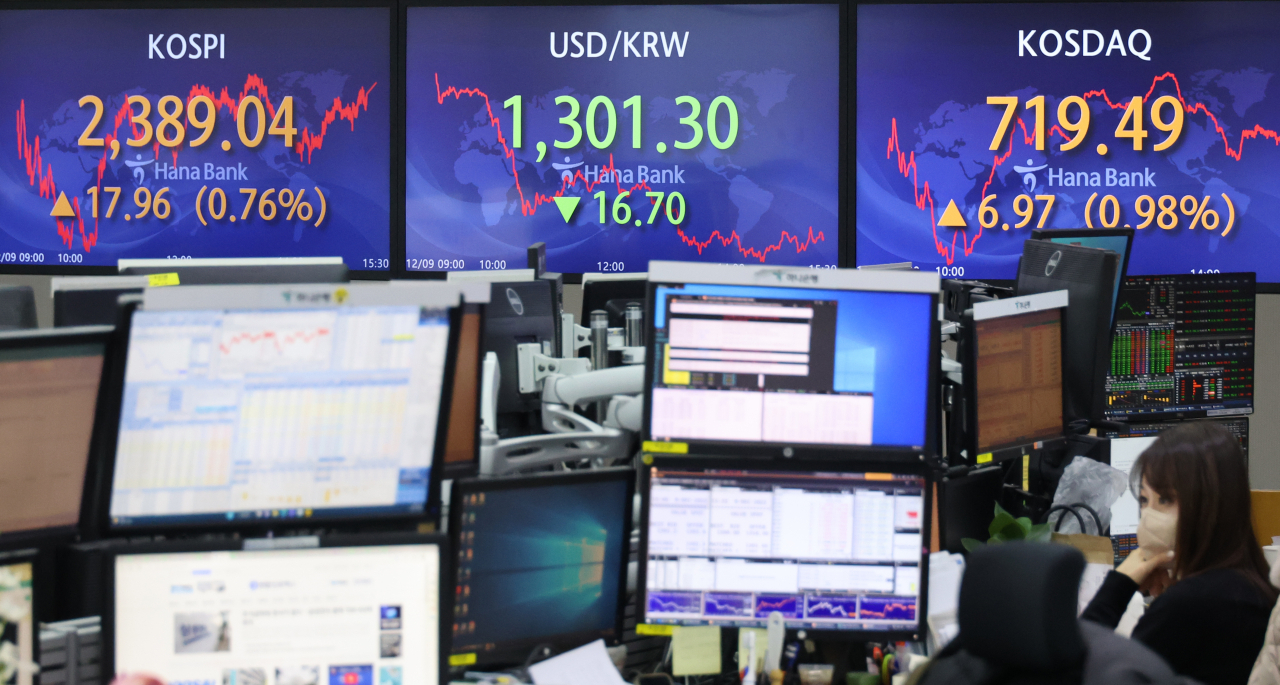 According to the Bank of Korea’s report on the international finance and foreign exchange market, foreigners purchased a net $2.1 billion worth of shares and $630 million worth of bonds in Korea in November, continuing the buying rush from the month before.

The figure adds up to a total of $8.05 billion in January-November period.

"Net inflow has been on an increase as the US Federal Reserve is expected to slow down the pace of interest rate hikes; China's easing of its zero-COVID policy; and major firms in and out of Korea posting earnings exceeding market expectations," a BOK official said.

Bolstered by the circumstances, the Korean won has strengthened against the US dollar, the BOK said. The won-dollar currency rate dropped from the 1424.3 won recorded in end-October to 1,321.7 won on Wednesday, despite the trade deficit.